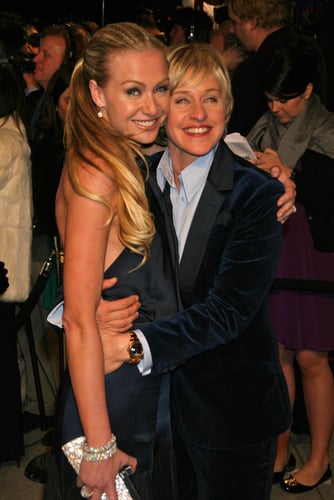 This weekend, Francis will become the fourth pope to visit Israel, and while the country is officially preparing to roll out the red carpet, there’s also consternation about the pope’s itinerary, which has him flying from Bethlehem to Jerusalem (rather than the other way around). John Allen at the Boston Globe says there’s no reason to worry. All will be well.

Meanwhile, Israel’s police has placed three young Jewish extremists under house arrest, banning them from entering parts of Jerusalem during Pope Francis’s visit to the region.

BTW, the pope will visit Jordan, too.

Pew Research has some interesting facts on Christians in the Middle East:

In other Catholic news

The head of the Vatican press office, the Rev. Federico Lombardi, said there was “no criminal investigation” of former Secretary of State Cardinal Tarcisio Bertone underway. But that doesn’t mean that there aren’t other probes he mishandled money from Vatican Bank accounts.

But here’s the most tweeted Catholic item of the day: The principal of a Catholic school in Bucks County, Pa., apologized to parents for using a photo of Ellen DeGeneres on an invitation to an Oscars-themed graduation dance, and demanded students return them to be destroyed. The lesbian celebrity host was not a good role model for Catholics, the principal said.

And finally: Secret letters from Jacqueline Kennedy to an Irish priest have been pulled from a controversial auction sale. The correspondence, which reveals Jackie’s private and innermost thoughts on faith and doubt following JFK’s assassination, had been expected to sell for around $4 million, but the Dublin church thought twice after taking moral considerations into account.

An Oklahoma school board that approved a public school Bible curriculum broke into small groups and met privately with the program's chief backer, the president of the Hobby Lobby arts and crafts store chain, to get around a state law that requires government bodies to be open to the public, according to emails obtained by The Associated Press.

That school curriculum? You heard about it here first.

On Mother's Day, the Archdiocese of Washington (D.C.) employed a hubcap-sized flying device to videotape crowds in a procession marking the canonizations of Pope John Paul II and Pope John XXIII.

South Coast Church in Mobile, Ala., followed suit this past weekend. Here’s the somewhat choppy result:

On the death penalty front:

Islamic militants killed 48 villagers in northeastern Nigeria near the town where they kidnapped 300 schoolgirls, and the U.S. said Wednesday it was sending in 80 military personnel to expand the drone search for the captives.

Magic in the Moonlight, the latest film from Woody Allen, tells the story of a medium played by Emma Stone and a skeptic played by Colin Firth.

On the 60th anniversary of Brown vs. Board of Education, The Atlantic has a long piece titled “The Case for Reparations.”

Bruce Feiler, no stranger to writing about religion, had a good story in the Sunday New York Times about how words have taken a back seat to data.

“Data is everywhere. Old-fashioned things like words are in retreat; numbers are on the rise. Unquantifiable arenas like history, literature, religion and the arts are receding from public life, replaced by technology, statistics, science and math. Even the most elemental form of communication, the story, is being pushed aside by the list."

Here at RNS, we still want to write about religion and we want to tell stories. We don’t shy from data but we want to put numbers in perspective. We think there’s wisdom beyond the current obsession with quantification.

But there’s one number we can’t get away from: $10,000. That’s our spring fundraising goal. Our board has generously kicked in $5,000; we’re relying on you to do the rest. If you find yourself drowning in data and look to RNS for glimpses of meaning, please donate. Let’s get back to talking about those important things that can’t be quantified.