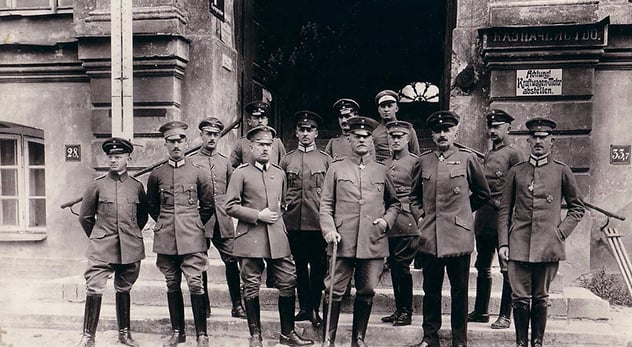 A distinguished historian argues that The Great War was also a holy war that reshaped every major religion of the 20th century. – Photo of German military during WWI courtesy of Jens-Olaf Walter (http://bit.ly/1o9MAj1)

In the land of religious history, Philip Jenkins towers like a giant.

Among the many works written by the distinguished professor of history at Baylor University, his history of Christian violence in “Jesus Wars” and exploration of the increasingly global nature of Christianity in “The Next Christendom” were especially influential. But now Jenkins, a contributing editor for The American Conservative with a monthly column for The Christian Century, has catalogued some fascinating observations about World War I. Namely, that this great conflict was a global religious revolution.

Here, we discuss the religious dimension of World War I and his newest book, “The Great and Holy War: How World War I Became a Religious Crusade.”

RNS: You say that World War I was “a religious crusade.” This sounds like a scandalous idea. Can you explain what you mean?

PJ: If I myself believed that it was a crusade, that would indeed be scandalous. Actually, I am arguing that a great many people at the time saw it in those terms, which is also scandalous, in a different way.

When we look at the history of that war, we have to be struck by the religious and supernatural language in which it was imagined, throughout the whole conflict, and at all levels of society. This was not just a case of statements put out by propaganda agencies trying to scare up recruits. Nor was the religious fervor confined to the opening weeks of the war, before people knew better.

Throughout, and in every country, the war was presented as a holy war, a cosmic struggle. The war was fought by the world’s leading Christian nations, and on all sides, clergy and Christian leaders offered a steady stream of patriotic and militaristic rhetoric. Many spoke the language of holy war and crusade, of apocalypse and Armageddon.

Without that religious dimension, we cannot understand why the nations went to war, nor how ordinary people imagined the conflict.

RNS: If this is as you say, then why is religion such a minor note in many discussions of and books on World War I?

PJ: For much of the mid- and later-20th century, Western educated opinion paid little attention to religious motivations in politics, and tended to assume that anyone claiming such inspiration in the past must have been lying or crazy. Europe, in that view, had been thoroughly secularized perhaps in the 17th century. But it wasn’t, and religion still drove international affairs through much of the 19th century.

Not until the late 1970s, with the rise of radical Islamism, did serious scholars again realize that, yes, religion could play a role in modern politics.

PJ: This is the major theme of my book–that the war utterly reshaped several of the world’s great religions.

In Christianity, the horror at the war led many thinkers to question easy assumptions about “Christendom”, about the natural alliance between the faith and the world, about any natural fit between faith and human culture, or human reason itself.

The Catholic Church was also completely transformed, and we see the war’s impact on key figures who would dominate the church’s thought through the second Vatican Council. Pope Benedict XVI actually took his name from the Pope who served in that war, a man he admired. Even when Pope Francis took office, his speeches quoted Léon Bloy, an apocalyptic French thinker of the Great War.

Two other epochal events for Christianity were a direct consequence of the war:  the attempted genocide of Christians across much of the Middle East, and the birth of mass popular Christianity in black Africa. And the two greatest events in Jewish history during the century – the Holocaust and the creation of the state of Israel – could never have happened without the First World War.

For Muslims, too, all subsequent politics have been shaped by the collapse of the Ottoman Empire in 1918, and the termination of the caliphate a few years later. Most insurgent Islamist movements around the world today trace their origins to that post-war crisis.

RNS: In some ways, we’re still feeling the affects of World War I today, then, aren’t we?

PJ: Across the board, whichever faith we look at.

RNS: It seems that Christians haven’t learned our lesson. From the bloody Crusades to World War I to Naziism to the language used around the Iraq conflict, those who claim Christ justify violence with religion throughout history. Why? 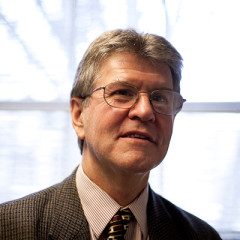 Philip Jenkins is distinguished professor of history at Baylor University and a prolific author.

RNS: Through most of its history, Christian churches have had views on war very different from what we think proper today, chiefly because of their close alliance with states. Pacifists have always been in an extreme minority. If states are to exist, they must at some point fight wars, and churches in most cases go along with them. That’s not a surprising statement when we look at the Middle Ages, say, but we assume that the age of holy wars died out quite early – in 1648, perhaps.

I argue, to the contrary, that that intimate spiritual alliance – that Military-Spiritual Complex – continued much later, into the 20th century, and I would see World War I as its last gasp. World War II certainly did not involve anything like the same spiritual expressions, though in many ways it looked more overtly apocalyptic.

RNS: So what is the lesson in this? Is there something inspirational you hope religious readers will take away beyond a history lesson?

PJ: The most important thing for me is understanding the shape of the world’s modern religious history, but the story is also important for any efforts at interreligious dialogue and understanding. Westerners often assume than Islam is some dark militaristic doomsday cult because of its willingness to support armed violence, but just a hundred years ago, Christian nations were doing very much the same thing. [tweetable]We don’t have to go back to the Crusades to find eerie parallels among Christians to the jihadi mindset.[/tweetable]

As far as inspirational, I am moved when I read the accounts of the spiritual meaning that ordinary soldiers found at the battlefronts, how they sought refuge from the horrors they saw. They continued to see glimpses of heaven while mired in the depths of Hell.