How can you be so numb?!
Not to care if they come
You close your eyes,
And pretend the job is done

This past week I found myself grieving. I learned that a former volunteer of a large church was convicted of sexually victimizing three boys under his supervision.

I grieve that when the parents of one of the boys told a pastor about the abuse, he chose not to report the crime to the police and strongly discouraged the family from doing so. I grieve that the failure to report this dangerous sexual offender gave him two decades of freedom to find and victimize more little ones. I grieve that not even one pastor from the church came to court to support the brave victims who eventually came forward and testified. I grieve that many Christian leaders all around the country who don’t hesitate to express open condemnation for abortion, universal healthcare, and the firing of reality television stars who make derogatory statements about gays and African Americans are suddenly silent when it comes to open condemnation for other Christians who choose not to report child sexual abuse to the authorities. 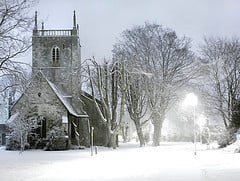 I grieve that there are individuals within certain Christian communities who deliberately choose to remain silent out of a fear of alienating those who have the power to cancel speaking engagements and turn down book contracts. I grieve that friends of those responsible for not reporting this crime would rather spend their days (and nights) vilifying and marginalizing those who have stepped forward to express outrage then grieve over such a horrific failure. I grieve that Christian communities that preach humility and love are often unteachable and too eager to be defensive and condemning when rebuked, regardless of the consequences to human souls. I grieve that many within the Church prefer the sounds of conference speakers, blog posts and tweets about theological nuances to the cries of the abused and marginalized.

I grieve that much of the Church is asleep and doesn’t even realize it. I grieve that it is so hard to find Jesus in the midst of all this. For too many precious souls, inside the Church has become like Narnia – always winter, but never Christmas.

As I lamented over what I had seen and learned this past week, God infused me with hope. I was reminded of the beautiful and hopeful words of C.S. Lewis,

Wrong will be right, when Aslan comes in sight; At the sound of his roar, sorrows will be no more; When he bares his teeth, winter meets its death; And when he shakes his mane, we shall have spring again. 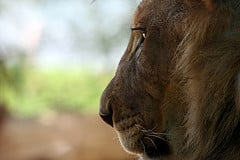 Aslan, The Greatest Lion – photo courtesy of peasap via flickr

It was at that moment that I realized that in all of this darkness and grief, Aslan is indeed on the move. I heard His roar this week. I heard it through the voices of so many amazing, ”everyday” Christians who stepped forward and refused to be silent any longer. Voices from all parts of the world that embraced and validated survivors by telling them that they are loved, valued, and will no longer be marginalized. Voices that spoke up on behalf of those whose voices are simply tired. Voices that called Christian leaders to repentance and pleaded with them to turn down the volume of their own voices so that they can hear the suffering cries of others. I even heard His roar in a note I received that said, Thank you from all of us who have languished by the road – bloody, beaten, and robbed – and watched the Levites and the Pharisees just walk on by.

I haven’t just heard His roars.

I have actually seen glimpses of Aslan’s beautiful white teeth that are bringing an end to the winter inside of His Church. Many of the victimized who gave up hope in a Jesus who couldn’t wait to condemn them have encountered Jesus – the One who chases after them and can’t wait to embrace them, affirm them, and seat them at the place of honor at His feast. His teeth have also begun to puncture the all-too-often callous hearts within the Church that have become enslaved to position and reputation.

A dear friend put it best,

At the end of the day I end up feeling sad, mostly for those truly injured along the way, but also for every one of these folks who live behind walls where secrets and quiet maneuvering to protect themselves and their causes control so much of their lives and ministries. That’s a heavy load to bear, and it’s so unnecessary. The Gospel needs no protection, and neither do we when Jesus is our source of security. Here’s to the always-reforming Church re-forming every part that requires shadows to survive.

Nothing is safe when Aslan is on the move. But rest assured, that is good news. As stated best by Mr. Beaver in The Lion, the Witch, and the Wardrobe when describing Aslan: “Safe?” said Mr. Beaver. “Who said anything about safe? ‘Course He isn’t safe, but He’s good. He’s the King, I tell you.” A sleeping church will never be safe from the roaming Aslan. He loves it too much to allow it to continue in slumber as so many freeze inside its walls.

Yes, there are days I grieve. But that grief is only overshadowed by the hope I still have in Jesus – the King who turns everything upside down, and who is very good.