(RNS) Sunni and Shiite Muslims are at it again in Iraq. Actually, they never stopped, but the recent takeover of the northern part of the country by militants from The Islamic State in Iraq and Syria (ISIS) has brought the ages-old Sunni-Shia conflict to the fore again.

Here’s a backgrounder on the conflict so you can sound all smart at water cooler – or wherever people gather to gab about current events these days – on Twitter, Facebook and more. 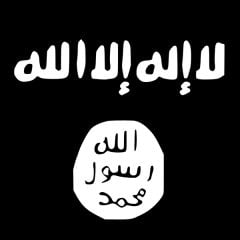 A: Both are branches of Islam and the adherents of both are Muslims, all bound by the same Quran, the same five pillars of Islam – belief in one God, daily prayer, fasting, charity, and hajj, or pilgrimage. Where they mainly differ is on the question of who should have succeeded the Prophet Muhammad, who founded Islam in 620.

Q: What is at the root of their conflict?

A: Basically, Sunnis and Shiites differ on who should have succeeded Muhammad after his death in 632. Sunnis supported the succession of Abu Bakr, the prophet’s friend; Shiite Muslims felt the rightful successor was the prophet’s son-in-law and cousin, Ali bin Abu Talib.

As The Associated Press Stylebook puts it:

“The schism between Sunni and Shiite stems from the early days of Islam and arguments over Muhammad’s successors as caliph, the spiritual and temporal leader of Muslims during that period. The Shiites wanted the caliphate to descend through Ali, Muhammad’s son-in-law. Ali eventually became the fourth caliph, but he was murdered; Ali’s son al-Hussein was massacred with his fighters at Karbala, in what is now Iraq. Shiites consider the later caliphs to be usurpers. The Sunnis no longer have a caliph.”

Sunnis believe Muslim leaders can be elected, or picked, from those qualified for the job. Shiites believe leaders should be direct descendants of the Prophet Muhammad. So they don’t recognize the same authority in Islam – kind of like the way Catholics and Protestants are all Christians and have the same Bible, but only Catholics recognize the authority of the pope. And like Catholics and Protestants, both Sunnis and Shiites have their own religious holidays, customs and shrines.

Q: Where do they live?

A: In lots of hot-bed places. Syria is a majority-Sunni country, but the regime of President Bashar al-Assad is a close ally of Shiite-dominated Iran (Assad’s Alawite sect is a whole other story). Iraq is majority Shiite, but northern Iraq has a lot of Sunnis, and Sunni rebels have made increasing inroads into the country. Neighboring Iran is majority Shiite, while next-door Saudi Arabia is majority Sunni. Yemen, Bahrain, Afghanistan, Pakistan and Lebanon have significant Shiite minorities. Sunnis make up about 85 percent of the world’s Muslims (including the vast majority of U.S. Muslims). See the problem?

Q: So, if all this happened 1,400 years ago, what are they fighting about?

A: It’s a complicated question that can’t be reduced to a few sentences, but here goes:

Where once the conflict between Sunni and Shiite was religious, now the conflict is more political. In Iraq, the Shiite-dominated army has been seen as a strong-arm of Shiite president Nuri Kemal Al-Maliki and an oppressive force by majority Sunnis in the north. That’s why many have been happy to have the Sunni-dominated ISIS take over the north.

Q: Okay, but all this is taking place on the other side of the world. Why should I care?

A: Because Islam is a global religion, and America has significant strategic and military interests in the region. The number of Muslims is expected to rise by 35 percent in the next 20 years, according to The Pew Research Center, to reach 2.2 billion people.