The ’Splainer (as in “You’ve got some ’splaining to do”) is an occasional feature in which the RNS staff gives you everything you need to know about an issue in the news.

(RNS) — An audio recording recently surfaced in which a prominent Southern Baptist leader said abused wives should focus on praying, “be submissive in every way that you can” and not seek divorce.

The recording, which dates back to the year 2000, is of Paige Patterson, president of the Southwestern Baptist Theological Seminary in Fort Worth, Texas, and a leading figure in the Southern Baptist Convention. Many credit him with orchestrating the conservative resurgence of the denomination beginning in 1979.

Not surprisingly, Patterson’s comments touched off a flurry of condemnation and calls for him to step down. Commentators mostly objected to the implication that he condoned domestic violence, which he has denied. But the Southern Baptist Convention has had a long history of conservative stances on women that it maintains are based on Scripture.

So what’s the back story on the SBC’s position on the role of women, and wives in particular? Let us ‘Splain:

Doesn’t the Southern Baptist Convention oppose the ordination of women?

Yes it does. In 1984, the convention adopted a resolution opposing the ordination of women. It followed up four years later with a resolution defining the pastor as the “ruler of the church.”

Southern Baptists, like other conservative Christian denominations, base this prohibition on women serving as deacons or ministers on the Apostle Paul who instructed women to remain silent in church: “Women should remain silent in the churches. They are not allowed to speak, but must be in submission, as the law says.” (1 Corinthians 14:34)

Didn’t the denomination also say wives are to submit to their husbands?

Yes, again. In fact, Patterson was elected president of the denomination in 1998, the same year it amended its statement of faith, a 19-page booklet called “The Baptist Faith and Message” to read, “A wife is to submit herself graciously to the servant leadership of her husband even as the church willingly submits to the headship of Christ.” 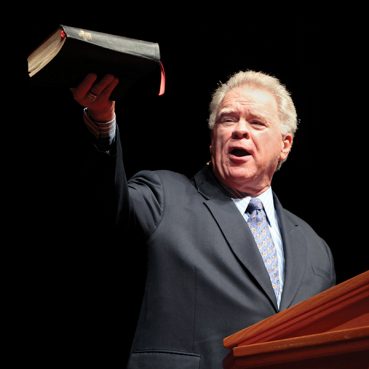 The amendment, which was recommended by a committee including Patterson’s wife, Dorothy, spells out what Baptists say is “God’s order for the home,” an order that goes back to Genesis, in which Eve is created as Adam’s “helper.”

Amendments to the Baptist Faith and Message are not made casually. The document, first adopted in 1925, had until then undergone one revision, in 1963.

The submission amendment was based on a statement by Paul in Ephesians 5:22-23: “Wives, submit yourselves to your own husbands as you do to the Lord. For the husband is the head of the wife as Christ is the head of the church, his body, of which he is the Savior.”

Some scholars have argued that one of the principal reasons for the conservative resurgence in the Southern Baptist Convention was its opposition to feminism and the women’s movement, which it saw as dangerous to the nation’s moral and spiritual character and a threat to the family.

Isn’t there a name for this kind of scriptural reading?

It’s called “complementarianism,” the idea being that though men and women are equal in worth, men alone should hold leadership roles in the home and in the church. (Opponents call themselves “egalitarian” and believe that women and men can share leadership in these roles.)

No. They reject the idea that marital submission creates or enables spousal abuse.

So Southern Baptists are going to stick with their submission stance?

So far, there has been no public talk about changing the statement of faith in light of the backlash over Patterson’s comments. 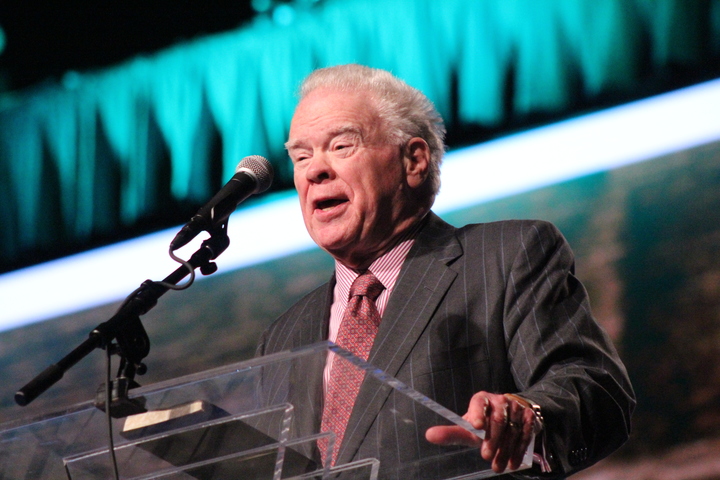 Over the years, Southern Baptists have apologized — once. That was in 1995 when they adopted a “Resolution On Racial Reconciliation” in which they apologized to African-Americans for the sins of racism and committed themselves to racial reconciliation.

More likely, it’s possible that Patterson may be asked to retire, as Ed Stetzer, executive director of the Billy Graham Center at Wheaton College, has urged.

In the meantime, watch for whether the SBC will allow Patterson to give the keynote sermon at its annual convention in Dallas next month.

What about the women? Are they silent?

No. Many have voiced their opposition to Patterson’s comments. Bible teacher Beth Moore, one of the most popular women within Southern Baptist ranks, has tweeted that domestic abuse is “wrong, it is criminal & never to be excused or submitted to.”

The tension I mean is in regard to texts like 1 Tim 2 & 1Cor 14 alongside Christ’s elevation of women in the Gospels & how women served with Paul. There is utterly no tension whatsoever in regard to women & abuse: it is wrong, it is criminal & never to be excused or submitted to.

In her most recent blogpost, Moore acknowledges the tensions arising from the New Testament verses regarding women and submission, but she does not reject those passages. Instead, she urges male leaders not to use them to justify prejudice against women:

“I’m asking that you would simply have no tolerance for misogyny and dismissiveness toward women in your spheres of influence. I’m asking for your deliberate and clearly conveyed influence toward the imitation of Christ in His attitude and actions toward women.”