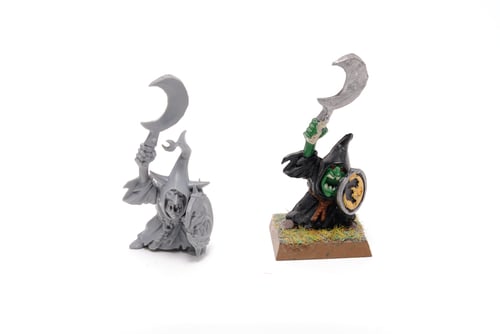 All over but the shoutin'

A rally in support of traditional marriage was held on the Capitol lawn Thursday, with the likes of former Arkansas Gov. Mike Huckabee and San Francisco Archbishop Salvatore Cordileone. But if the several thousand marchers wanted to demonstrate the power of biblical values, they picked the wrong day.

At about the same time, the Presbyterian Church USA meeting in Detroit voted to allow gays and lesbians to wed in church, joining, among others, the Reform and Conservative Jewish movements,  the United Church of Christ, and the Unitarian Universalists.

A majority of the 172 regional presbyteries must still vote to ratify marriage equality language in the Book of Order. But given that many congregations upset about previous votes to ordain gays and lesbians have already decamped to more conservative redoubts, approval is likely.

Check this website later today for more Presbyterian news as the assembly takes on divestment from companies that profit from  Israel's occupation of the West Bank.

In other signs marriage for straight-only couples is out: President Obama is directing the Labor Department to create rules making sure that gay couples are eligible for benefits under the Family and Medical Leave Act.

An atheist will deliver the invocation at a July 15 board meeting in the town of Greece, N.Y., the municipality involved in the recent Greece v. Galloway Supreme Court ruling.

That ruling, in which justices said sectarian prayer at government meetings is OK, is already having ramifications elsewhere.

In South Carolina, a school board plans to revisit its non-sectarian prayer policy in favor of one that allows people to voice more explicit prayers.

Iraqi forces are massing north of Baghdad, aiming to strike back at Sunni Islamists pushing toward the capital. Meanwhile, the spiritual leader of Iraq's Shiite majority called for a new, "effective" government Friday.

Two fascinating historical reads on how Iraq got into this mess: Jeffrey Goldberg on the inevitable break-up of Iraq. And in The Daily Beast, an article about Gertrude Bell, the British intelligence agent who "invented" Iraq.

But for the best story out of the larger Middle East, get this: The Washington Post reports that the CIA began secretly developing a ­custom-made Osama bin Laden ­action figure. The face of the figure was painted with a heat-dissolving material, designed to peel off and reveal a red-faced bin Laden who looked like a demon.

Pope Francis has come out strongly against the legalization of recreational drugs.

A place to hang your head

Today is World Refugee Day, and a U.N. agency says there are now more than 50 million displaced people in the world. Read about the groups motivated by their faith to help them.

Ralph Reed is back in business

At a Faith and Freedom Coalition conference ahead of the 2016 elections, leading Republicans insisted America's leaders must do more to defend Christian values at home and abroad.

Remember that Heritage Foundation panel earlier this week in which female Muslim attendee, Saba Ahmed, was taunted by the panelists? She wrote about the experience in The Washington Post.

“I was alone and felt unwelcomed. Such a hostile, unfriendly environment doesn’t benefit anyone.”

On the trails of best-selling writer Elizabeth Gilbert,  a reporter for The New York Times travels to  Rishikesh, the place where yoga originated. It’s nestled amid the Himalayas, due north of New Delhi.

For more ways to turn on your inner Zen, subscribe to the Roundup. See you back here Monday.