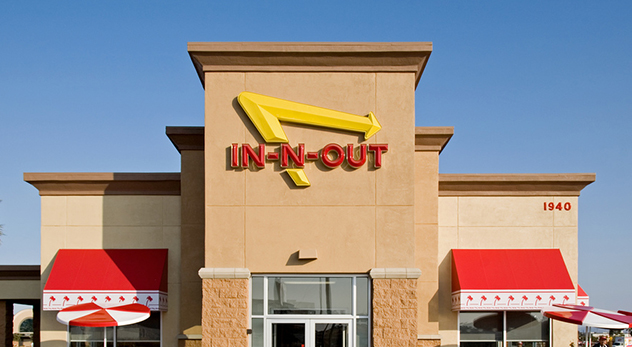 Conservative evangelicals often patronize and defend “Christian businesses.” But the term conflicts with some of their central theological beliefs. – Image courtesy of Brian Wallace (http://bit.ly/1q1hsTD)

From Chick-fil-A to Hobby Lobby to In-N-Out Burger, some of America’s best brands are also widely considered to be “Christian.” As it turns out, this label can be good for business.

According to a 2011 Barna Research survey, one-third of all U.S. adults said they would be more likely to purchase from a company that “embraces and promotes the Christian faith.” Active participants in Protestant churches were the most attracted to such businesses. Only 3 percent said a Christian connection would make them less likely to support an organization, resulting in a favorable-to-unfavorable ratio of 12 to 1.

This data undermines many conservative evangelicals’ claims that “Christian businesses” are placing their companies at risk for proclaiming their values. But should this faithful faction even use such a moniker?

Conservative evangelicals’ politics often lead them to accept “corporate personhood,” a belief increasingly prominent in capitalistic societies stating that corporations should be granted the same rights as individual human beings. The concept of a “Christian business” springs from this belief. But the term runs into conflict with the group’s theological commitments.

In order to understand the term “Christian,” we must first ask what the word means. Conservative evangelicals’ view of salvation is understood purely in individual terms. Only a person can become a Christian and only by repenting of their sins and believing on Christ. Can an organization or corporation be “born again?” The answer is no.

Additionally, conservative evangelicals believe that a Christian is a person who is actively engaged sanctification, the process of becoming more holy. They accept that this process is accomplished by the work of Christ through the indwelling of the Holy Spirit. But a corporation can neither accept Christ nor be indwelt by the Holy Spirit.

So if someone (or something) can claim the label “Christian” without repentance, belief, salvation, or sanctification, what is left? Or put a finer point on it, what makes a corporation “Christian” exactly?

Some would say that if a business has a Christian owner or founder, that makes it Christian. But by this standard all sorts of non-religious businesses would also be labeled as such. Can you become Christian by proxy?

Or perhaps we might say that a “Christian business” is a corporation that does Christian things (closes on Sundays, gives money to the poor, prints Bibles, or opposes political policies that conflict with Christian values). But this requires one to essentially accept a corporate form of works righteousness—the idea that we are saved by what we do—something conservative evangelicals reject.

The New Testament never—not one time—applies the “Christian” label to a business or even a government. The tag is applied only to individuals. If the Bible is your ultimate guide, the only organization one might rightly term “Christian” is a church. And this is only because a church in the New Testament is not a building or a business, but a collection of Christian individuals who have repented, believed on Christ, and are pursuing a life of holiness.

Journalists or cultural commentators might use the phrase “Christian business” in colloquial or cultural terms, but conservative evangelicals must admit that the term makes no theological sense for them given their views of salvation, sanctification, and revelation.

Ironically, the same Christians who use this term also decry that we are entering a cultural moment when “Christian” is being emptied of all its meaning. Richard Weaver was right, ideas have consequences. And so does language. If something can mean anything, then eventually something will mean nothing at all.