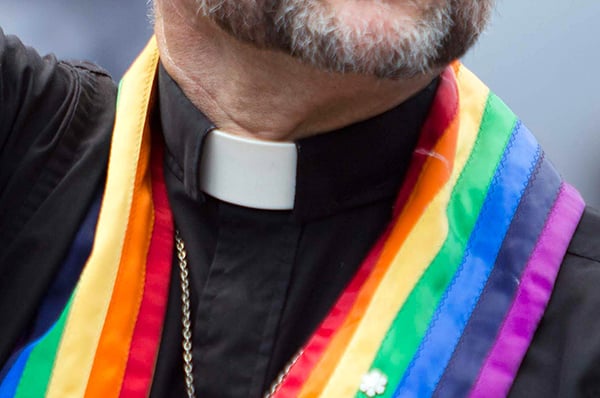 A priest wearing a rainbow-colored vestment makes an appearance during Toronto Pride in 2011.
June 23, 2014
Trevor Grundy

CANTERBURY, England (RNS) An Anglican priest who married his same-sex partner in April had his license to preach revoked on Sunday (June 22). But for the moment, he remains a chaplain to various hospitals in the Lincoln and Nottingham areas of the English Midlands. 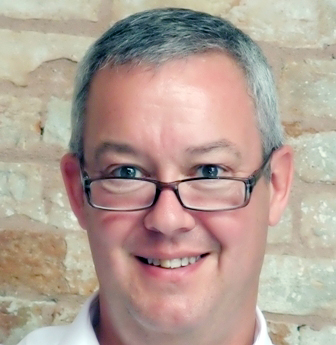 The Church of England revoked Jeremy Pemberton's license to preach after he married his same-sex partner Laurence Cunnington.

Canon Jeremy Pemberton, 58, married partner Laurence Cunnington in April under England's new law permitting same-sex marriage. But the House of Bishops (one of the three houses that governs the Church of England), bans gay clergy from marrying.

“Jeremy and Laurence have married because they love each other and are totally committed to each other,” Coward said in a Monday statement. “Jeremy has a vocation for the priesthood and a particular vocation to hospital chaplaincy. The church examined Jeremy and recognized his vocation. Now that Jeremy identifies as gay and is in a same-sex relationship which has been legally formalized, the church reneges on its original evaluation of Jeremy’s vocation and demands that he resign."

According to Coward, Inwood made the decision following instructions from the No. 2 official in the established church’s hierarchy, Archbishop of York John Sentamu. 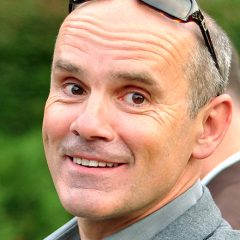 Andrew Cain is the second gay Anglican priest to marry his partner.

Cain posted on Facebook pictures of his wedding to Stephen Foreshew.

A news article on the "Pink News" website  Monday quotes Simon Sarmiento of Inclusive Church saying: "If the bishops continue to take disciplinary action against clergy getting married they must expect a backlash."