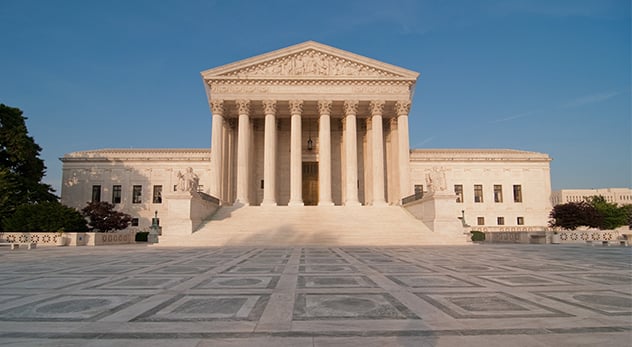 Hobby Lobby won their fight against Obamacare’s contraception mandate in a 5-4 Supreme Court ruling. But the struggle over the meaning and limits of religious liberty is far from ended. – Image courtesy of Mark Fischer (http://bit.ly/1x5VUGd)

The lawyers who represented Hobby Lobby in their legal fight against Obamacare’s contraception mandate got what they wanted–but not exactly what they expected–from the Supreme Court today. Though they did not receive the unanimous decision they hoped for, the arts and craft retailer still won their case by a margin of 5-4.

1. Non-profit contraception coverage: In terms of the Supreme Court, the Little Sisters of the Poor will be next up to bat. The order of Catholic nuns with thirty homes in the United States are headlining a group of non-profit organizations challenging the contraception mandate just like Hobby Lobby did with other for-profit business. Their case is about a year behind Hobby Lobby’s, but today’s decision tilts fate in their favor.

2. Serving gay weddings: Religious conservatives suffered several blows on the gay marriage front this year. In February, Arizona Gov. Jan Brewer vetoed a bill that would have allowed businesses with certain religious beliefs to deny services to gay and lesbian customers. Then in April, the Supreme Court refused to hear the case of a photographer in New Mexico that denied service to a same-sex couple on the basis of religious convictions. Several other states will be considering laws similar to Arizona’s and many other cases like the New Mexican photographer are expected to arise in the months and years ahead.

3. Military chaplain discrimination: Disputes over military chaplains plague us like psoriasis. Recently, we discussed whether non-theistic chaplains should be admitted into the armed services. Evangelical Navy chaplains claimed they were discriminated against in favor of Catholics or more liturgical Protestants. And earlier this year, a federal panel discussed potential bias against military chaplains. Expect this conversation to continue.

4. Adoption and foster care: There are more than 1,000 foster care and adoption providers in the United States, and many are faith-based organizations. As marriage laws morph in many states to include same-sex couples, these organizations face a choice to compromise their beliefs by providing child services to same-sex couples or cease operations. Catholic Charities in Boston and D.C., for example, were forced to end their foster care and adoption programs. As same-sex marriage spreads across the country, the courts will likely decide if these organizations can continue to serve vulnerable children according to their religious convictions.

A 2013 Barna poll showed that 51 percent of Americans said they were “very” or “somewhat” concerned that religious freedom will become more restricted in the years ahead.  Evangelical protestants are the most concerned about religious freedom restrictions in the United States.

A quick look at the Civil Rights movement reminds us that religious liberties are not ultimate. Though many claimed that religious convictions prohibited them from serving minorities in their private business, the government forced integration anyway. But religious freedom can only be trumped when it is shown that there is a considerable benefit to society and the government. The tide of religious liberty stops at the shore of the common good, but in the coming years, America must decide where that shoreline should be.