(RNS) The Presbyterian Church (USA) has removed from its website a booklet that many Jewish groups have criticized as hostile to Israel and denigrating to Judaism. 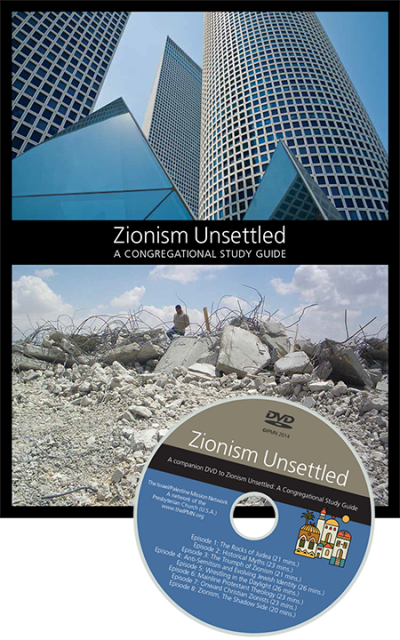 “Zionism Unsettled,” published in January by the church-chartered Israel/Palestine Mission Network, is a history and commentary on the Israeli-Palestinian conflict that paints Israel as the aggressor and describes Zionism as inherently racist and theologically flawed.

The booklet played a role last month in the denomination’s debate on divesting from three American companies that, divestment proponents say, profit from Israel’s occupation of the Palestinian territories.

Those opposed to the divestment measure, which passed the denomination’s General Assembly 310-303, argued that it unfairly singled out Israel in a complex, two-sided conflict.

With “Zionism Unsettled” selling on the church’s website, they added, it would be hard to avoid the conclusion that a divestment vote was further evidence of the church’s hardened stance toward the Jewish state.

Leaders of the 1.8 million-member denomination said they removed the booklet from the church’s  website — where it sold for $10 — to dispel confusion and affirm that while the denomination endorsed divestment, it does not endorse “Zionism Unsettled.”

“We need to keep our focus on supporting and communicating the decisions of the General Assembly,” said the Rev. Gradye Parsons, the stated clerk. “And responding to a recent increase in feedback about the book is impacting our ability to do that.”

In a flurry of statements released after the PCUSA removed “Zionism Unsettled” from its website, Jewish organizations applauded the move, but still chided the church.

“An anti-Israel and anti-Semitic document of this kind should have never been published by a church-affiliated organization, let alone marketed by the Presbyterian Church (USA) on its website,” said Rabbi David Sandmel, director of interfaith affairs for the Anti-Defamation League. “Concerned Presbyterians along with Jewish organizations have been asking for this step for months on both the national and local level.”

The General Assembly and PCUSA leaders have been trying to distance themselves from the harshest critics of Israel within and without the church. Delegates passed a measure last month declaring that “Zionism Unsettled” does not represent the denomination’s point of view. And the divestment measure specified that it does not signify support for the Boycott, Divestment, Sanctions movement, which aims to pressure Israel to leave the territories but is criticized by opponents as insensitive to security threats against Israelis and the Jewish state.

A relatively small but ultimately influential group of Jewish divestment supporters met and prayed with Presbyterians during their meeting in Detroit. The largest and most established Jewish groups — religious and secular — opposed the divestment measure and warned that it would poison Jewish-Presbyterians relations. The PCUSA is now the largest U.S. denomination to have passed a divestment measure to protest the occupation.