VATICAN CITY (RNS) Poland’s ambassador to the Holy See has forcefully condemned the alleged sexual abuse of children by a Polish-born former archbishop and Vatican diplomat, and said Warsaw is considering a fresh request to extradite Jozef Wesolowski to face trial in his homeland. 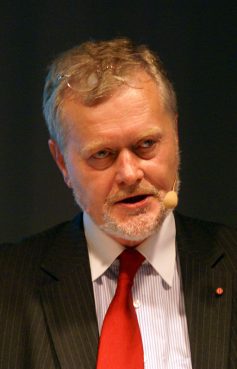 Ambassador Piotr Nowina-Konopka said Wednesday (Aug. 27) the Polish government was reviewing its options after the Vatican announced this week that the former papal envoy to the Dominican Republic had been defrocked and no longer had diplomatic immunity.

Ambassador Piotr Nowina-Konopka said Wednesday (Aug. 27) the Polish government was reviewing its options after the Vatican announced this week that the former papal envoy to the Dominican Republic had been defrocked and no longer had diplomatic immunity.

“We are currently analyzing the situation regarding immunity,” the ambassador told Religion News Service in remarks that were unusually frank for a diplomat, and especially one from a country that is as strongly Catholic as Poland.

“Without doubt Poland considers the acts that the archbishop is alleged to have carried out as particularly repugnant and Pope Francis’ firm approach to that type of crime has won great respect and full support in Poland,” Nowina-Konopka said.

Wesolowski, the 66-year-old former papal envoy to the Dominican Republic, was quietly recalled from Santo Domingo last August after rumors emerged that he had sexually molested young boys there. But he is also wanted on sex abuse charges in Poland, though details of the charges were not known.

Polish authorities unsuccessfully sought to extradite the former archbishop last year; Nowina-Konopka said the request was rejected by the Vatican.

He said a fresh request could not be made until Wesolowski was processed under canon law.

The Polish-born Wesolowski was a highly respected ambassador for the Holy See and had been ordained both as a priest and a bishop by the late Polish pope, St. John Paul II, when he was archbishop in Krakow.

In June, Wesolowski was defrocked after a Vatican tribunal found him guilty of abusing young boys following an investigation by the Congregation for the Doctrine of the Faith, which handles sex-abuse cases. He recently appealed that sentence, and a final decision is expected in October.

After a front-page story in The New York Times on Sunday detailed how Wesolowski allegedly targeted boys for sex, the Vatican’s chief spokesman, the Rev. Federico Lombardi, said that Wesolowski had also lost his diplomatic immunity and could face charges in other countries once the Vatican case runs its course.

On Wednesday, Lombardi declined to comment on the case or provide the former archbishop’s current whereabouts.

Once the Vatican’s legal process is complete, Wesolowski may first face extradition to the Dominican Republic. The Italian news agency ANSA on Wednesday cited Dominican reports saying investigators would hear from alleged victims at a new inquiry scheduled for Sept. 2.

Pope Francis has faced criticism from victims advocates and others for bringing Wesolowski back to Rome to face charges there rather than waiving diplomatic immunity and letting him go to trial in the Dominican Republic.

The critics say that Wesolowski — who has been spotted by fellow bishops strolling around Rome’s historic district — has been treated with kid gloves and that belies the pope’s vow to crack down on abusers regardless of their rank.

But the Vatican and others defend Francis, saying that he has acted swiftly and used the proper legal process, one that will likely result in Wesolowski facing secular as well as church courts.

“Wesolowski has allegedly committed wrongs against his victims and against his priestly state that led to his laicization but he has also committed crimes against the law of the sovereign that issued his nationality as a diplomat,” the Rev. Robert John Araujo, a Jesuit priest and law professor at Loyola University in Chicago, wrote on the Catholic legal blog Mirror of Justice.

“All things being considered, it appears that the Holy See acted as expeditiously as any sovereign would be obliged to do,” he said.