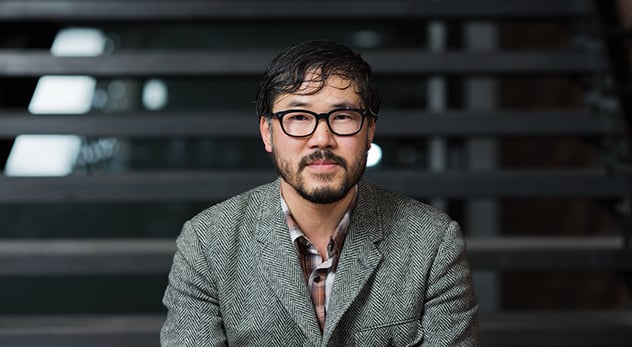 Eugene Cho is the founder of One Days Wages and lead pastor of Quest Church - Image courtesy of Eugene Cho (Credit: Feng Images)

But with his confession comes an indictment. He believes that many Christians are just like him. They like the idea of following Jesus or changing the world or doing good more than the actions themselves. And this, Cho says, is a big problem.

Cho is the founder of One Days Wages and lead pastor of Quest Church. In his new book, Overrated, Cho throws some powerful punches at American Christians. He paints a picture of couch-surfing, lazy slactivists who talk a lot about justice but don't do much of anything. This has led him to propose that modern generations may be "the most overrated in human history." Here, we discuss this provocative idea and what he thinks Christians can do to begin following the "Jesus of downward mobility."

RNS: A lot of people talk about the potential of modern generations to positively impact the world, but you say we may be "the most overrated in human history." Explain.

EC: I’ve been to enough gatherings, church services, and conferences over the past decade and you’re right, a lot of people talk very positively about the potential of modern generations. I often year phrases like “history makers” and “world changers” and even the “This is the generation to…” At heart, I’m an optimist but if we’re not careful, I think we can sound--and be--arrogant and it can lead to a dangerous spirituality where so much revolves around us.

I’m also concerned that in our social-media-hyper-narcisstic-ego-self-centered world, we might be more enamored by the idea of “good”-– feeling good or good intent or doing good. But it takes more than just desire. It takes action.

Our wealth of resources and opportunities lends itself to this theory that we may be part of the most overrated generation in human history—because [tweetable]we have access to so much data, info, resources, modes of communication but we end up doing so little.[/tweetable] We tweet, blog, talk, preach, retweet, share, like, and click incessantly. What do those actions actually cost us? How are we sacrificing?

RNS: How have following Christ and pursuing justice become, as you say, "unrealistic and glamorous" among Christians?

EC: [tweetable]We’re selling and communicating a very domesticated, safe, convenient, and palatable version of Christianity.[/tweetable] In some ways, I wonder if we’re doing Christianity without discipleship, and yes, that is an oxymoron.

I recall Jesus teaching his disciples something about carrying the cross and following him. Daily.

No. I certainly don’t want to knock folks that are wanting to support good meaning causes like TOMS. Honestly, I’d celebrate TOMS and other well-intended companies and social entrepreneurships over sweatshops and forced labor. Any day.

Yes. Consumers including and especially, [tweetable]Christian consumers need to more thoughtful and critical.[/tweetable] We need to know more about the causes we support. We need to be more informed and not lazy. We need to let our money and spending more deeply reflect our values and supposed convictions of justice.

Go ahead and wear your TOMS, or whatever good gear but my other big point would be that if that’s the totality of our commitment to ‘just living’, I would say, it’s pretty shallow and we need to go deeper in our discipleship and convictions. Let’s ask the deeper questions.

EC: Yes, there’s division, but there shouldn’t be. We need both. We need people with various theological viewpoints to remind us that God and His Kingdom can’t be contained by our one measly human viewpoint. What I struggle with though is when folks contend that their viewpoints are the only right perspectives.

As to this question, some in the church throw out an either/or scenario: the binary worldview that is the evangelism versus justice debate. Why can’t a Christ follower pursue both? Some imply that a Christ follower is supposed to sacrifice one for the other. Don’t get lost in this debate. It’s a false dichotomy.

RNS: How are the two connected?

EC: Traditional evangelism still has a place in our world and culture, but here’s why I see pursuing justice as an equally important aspect of evangelism today.

The people in the book of Acts of the New Testament were hearing about Jesus for the very first time. Today, we’re dealing with a generation in which nearly everyone has heard about Jesus in some way. While it’s true that what people have heard is often distorted, we can’t dismiss that many have a negative feeling toward Jesus, particularly toward His followers. So how do we speak to a culture and world that have a broken and false understanding of Jesus?

In my years of living in Seattle, I have never met anyone who has not heard of Jesus Christ. They know Jesus, or more accurately, they think they know of Jesus. They have an opinion, one way or another. What they believe may not be true or consistent to the Jesus who loved unconditionally, sought peace, pursued the marginalized and poor, and challenged unjust structures and systems.

RNS: Tell us about the "Jesus of downward mobility."

EC: There are so many things that compel me about Jesus, but one of them is what I call “the story of downward mobility.”It completely contradicts the movement of upward mobility that is pervasive in our culture. We want to upgrade everything at every opportunity: we want the best, the fastest, the slickest, the coolest, the newest, the largest, the most horsepowerest.

But the incarnation is the story of how Jesus humbled Himself and chose not to exercise His divine rights. Born in a manger to simple commoners, Jesus assumed a simple lifestyle as a carpenter who owned nothing but the things He could take with Him. His life is the mind-boggling, heart-compelling, countercultural story of downward mobility.