(Travelblog is an occasional series of posts by RNS Editor-in-Chief Kevin Eckstrom, who’s on the road in Boston, Honolulu, Jakarta and Banda Aceh with the 2014 Senior Journalists Seminar, sponsored by the East-West Center in conjunction with the U.S. State Department)

JAKARTA, Indonesia (RNS) I woke up this morning to the news that the thugs in the Islamic State had beheaded yet another American journalist. Not a great way to wake up.

The name “Islamic State” is unfortunate on a number of levels — the group behind it is neither Islamic nor a state. Sure, they may be Muslims acting in the name of Islam, but the Muslim leaders I’ve met here are clear that it’s not a form of Islam that they recognize, or embrace. 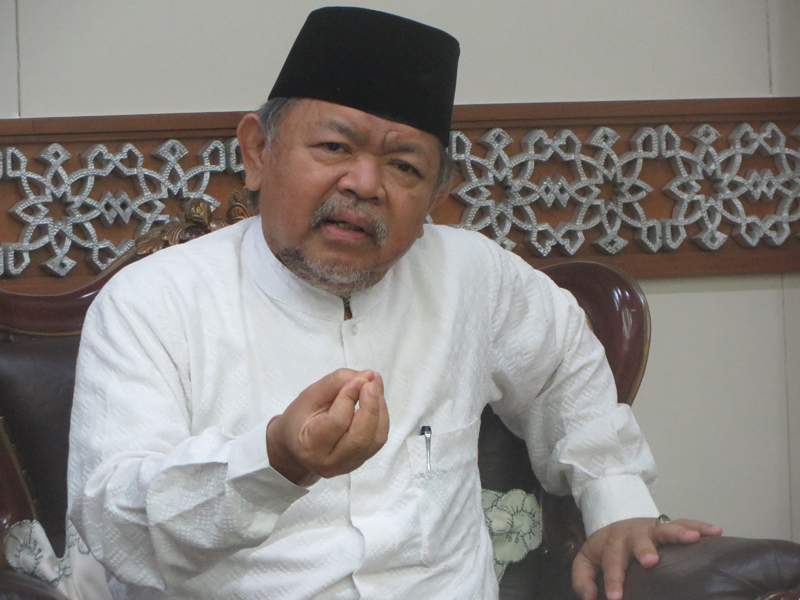 Kyai al-Hajj Ali Musthafa Ya’qub is the grand imam of the Istiqal mosque in Jakarta, the national mosque of Indonesia. Photo by Kevin Eckstrom.

“ISIS is not born from the heart of the Muslim people,” said Kyai al-Hajj Ali Musthafa Ya’qub, the grand mufti of the national mosque of Jakarta, using another acronym for the Islamic State. “Islam is what Allah the exalted says, not what Muslims do.”

Here in the heart of the world’s most populous Muslim nation, you encounter a different vision of Islam than the one most Americans see beamed out of the Middle East. Some would call it moderate, or centrist, and tolerance for other faiths is deeply embedded in its DNA. In a country that is 87 percent Muslim, there’s a surprising amount of room for everyone else. “We need to change this idea that the Middle East is where we need to look” for what Islam looks like, said Lukman Hakim Saefuddin, the government’s minister of religious affairs.

Which brings us back to this idea of an Islamic state — a concept that has never found much favor in a country that claims more Muslims than any other. To be sure, there are controversial blasphemy laws, and the province of Aceh has implemented Shariah law (more on that in a later post). But the country remains a secular democracy whose founding principles include a “belief in the One and Only
God,” but doesn’t mention the term Allah.

Unlike Pakistan or Iran or Egypt, Islam is not the state religion here. Islam certainly has primacy of place, but it’s one of six officially recognized religions. There’s a sense of “Godly nationalism,” as one scholar put it, where Islam is just one of many claims on a national and individual identity.

“We are Indonesians who happen to be Muslims, not simply Muslims who happen to live in Indonesia,” Saefuddin said. For a man charged with safeguarding the faith of some 200 million Muslims, that’s quite a statement.

Let’s assume, just for argument’s sake, that we could call Indonesia an Islamic state. What seems to work here that hasn’t translated to the more troubled corners of the Muslim world? The Al-Hasyim Pesantren outside Jakarta houses about 250 young students and 100 university students. Photo by Kevin Eckstrom.

EDUCATION: Saefuddin’s office is charged with ensuring religious “harmony,” and religious education is a big part of that. Indonesia is dotted with nearly 50,000 Islamic schools, which all operate under the careful eye of the government. In other words, this country has mechanisms to ensure that extremism doesn’t take root (although there are questions about whether that’s still the case).

“You’ll never find a student here who will become a jihadi or something,” said Arif Zamhari, the director of the Al-Hikam Pesantren, or boarding school, outside Jakarta that’s home to about 250 youngsters and 100 university students.

REAL ESTATE: Muslims here aren’t fighting the same kinds of turf battles over holy sites that rage across the Middle East from Iraq to the West Bank. “Islam came to Indonesia peacefully; there was no war,” Zamhari said. While there are still disputes over building churches (or mosques, in some majority-Christian areas), Indonesia Muslims have the luxury of space, and cultural dominance. There’s no existential battle for survival.

“In the Middle East, you have 30 countries with one culture,” said K.H. Hasyim Muzadi, the founder of the boarding school, and Zamhari’s father-in-law. “In Indonesia you have one country with hundreds of subcultures.” 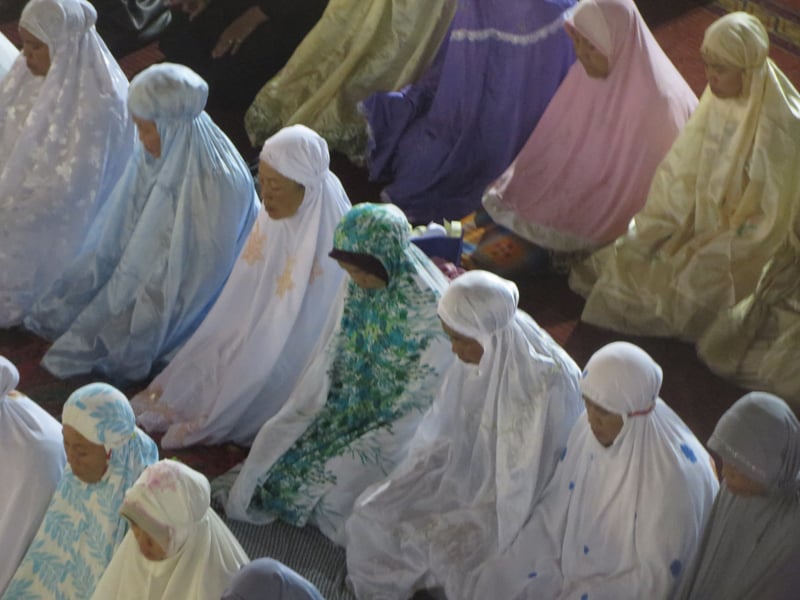 TEMPERAMENT: Let’s not overstate it: Indonesia has its share of religious drama — atheism is illegal and Ahmadi Muslims are persecuted, for starters. Suicide bombers in Bali murdered hundreds in 2002 and 2005.  “Like every country, Indonesia has her own ugly face to hide,” said Idrus Shabab, senior editor of Tempo magazine.

But generally speaking, Indonesians don’t seem to have the appetite for waging war over religion. “Religious harmony” can become a cliche, but for whatever reason, it seems to work here — mostly because it’s a value embraced by the rank-and-file. (For a place where it doesn’t always work out so well, take a look at the other big Muslim democracy, India).

And it’s a message enforced from the top, and for good reason. “Islam is a gentle religion, not violent,” Muzadi said. “Violence will turn people away.”

Seeing reports of yet another gruesome murder in the name of Islam is enough to make you turn away. But the Islam you see here might just be enough to deserve another look.

— Are you a Christian?  What do we mean when we ask questions like that?

— Hate speech, the First Amendment and religious sensitivity. Hate speech is an amorphous beast. Who defines it?