The guest column below is authored by Dan Blinn, founding president of Hartford Area Humanists.

Most Humanists recognize that the climate crisis represents a serious threat to our biosphere and civilization. But much of the dialogue among atheists and Humanists centers on the “debate” between scientists and climate deniers—and this is a mistake.

We tend to view the issue of climate change as a political battle between rationalists and those motivated by dogma, profit, or both. And yes—the grounding of public policy upon reason and science are important Humanist values, and that dialogue should continue.

But the climate crisis presents a far more fundamental challenge to the Humanist worldview: In a democratic society, are human beings truly capable of addressing a problem of our own making like climate change?

There is certainly reason to question this. In the U.S., governmental gridlock seems the rule, and there is not much public clamor for action. Surveys show that only about 4 in 10 Americans believe that climate change is caused by humans and are worried about it—the rest are either unsure or skeptical.

And the trends are not positive. The percentage of Americans who are worried about climate change has remained steady for more than a decade; the percentage who are skeptical has doubled over that same period.

Meanwhile, those who recognize the problem continue to debate how we can implement the changes necessary to minimize and respond to climate change. As Americans—and as residents of a shared planet—our diverse and democratic society presents a serious challenge.

While an authoritarian government could swiftly take whatever measures are necessary without worrying about public opinion, separation of powers among government branches, or due process of law, we must remain committed to democracy. But our paralysis in the face of the climate crisis forces us to confront the uncomfortable question of whether we can actually make the necessary changes to save our planet.

Despite these monumental challenges, I remain convinced that we are capable of meeting this challenge while preserving democratic government and protecting individual rights. And as a Humanist, I believe that we have no other option.

Furthermore, Humanists have a special obligation to advocate for climate action through the democratic process—because ecological sustainability and preservation of democracy are both core Humanist values. The Humanist Manifesto III, Humanism and Its Aspirations, forcefully expresses this priority:

We work to uphold the equal enjoyment of human rights and civil liberties in an open, secular society and maintain it is a civic duty to participate in the democratic process and a planetary duty to protect nature’s integrity, diversity, and beauty in a secure, sustainable manner.

We have an opportunity to fulfill that civic duty by participating in the People’s Climate March in New York City on September 21. The March is being organized by a coalition of more than 1,000 groups and organizations in order to pressure world leaders gathering for a climate meeting at the United Nations later that week. Organizers predict that more than 250,000 people will participate, which would make the March the largest climate rally in history.

Ethical Culture and Humanist organizations are planning to march together. We are scheduled to meet on September 21 at 10:30 am at West 66th Street and Central Park West. Humanist and Ethical Culture groups from throughout New York, New England, and the Mid-Atlantic states will be participating.

We will march with citizens of all faiths and beliefs in order to demonstrate our solidarity with this cause. We will also be marching together as Humanists in order to emphasize the importance of climate action to our values. The March itself will begin at 11:30 am at Columbus Circle.

It remains to be seen whether our society has the resolve to implement the changes necessary to avoid the most catastrophic consequences of climate change. While each of us can make small changes individually, collective action promoting wide-scale global changes is necessary. 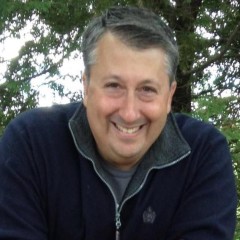 If we wish to have a society that is both sustainable and free, we must demand climate action. As the Humanist Manifesto III concludes, “The responsibility for our lives and the kind of world in which we live is ours and ours alone.”

Dan Blinn is a consumer protection lawyer, Humanist Celebrant, and secular advocate. He is the founding president of Hartford Area Humanists and a member of Class 19 of the Humanist Institute. 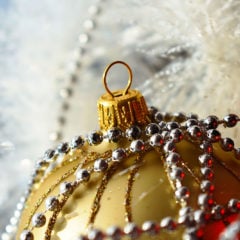