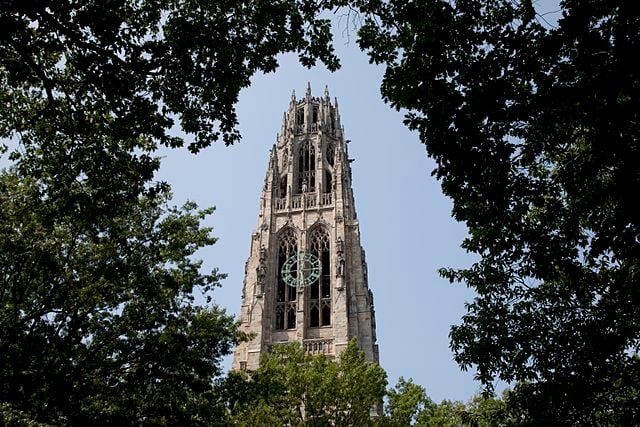 (RNS) When an Episcopal chaplain at Yale University seemed to suggest that Jews were culpable for Israel’s actions against Palestinians and a related rise in global anti-Semitism, his comments not only led to his resignation but rekindled a debate within mainline Protestant churches about how to respond to the Israeli-Palestinian conflict.

In a letter to The New York Times responding to an op-ed by Holocaust scholar Deborah Lipstadt about rising European anti-Semitism, the Rev. Bruce Shipman wrote that “the best antidote to anti-Semitism would be for Israel’s patrons abroad to press the government of Prime Minister Benjamin Netanyahu for final-status resolution to the Palestinian question.”

Several readers interpreted Shipman’s letter as an attempt to hold all Jews across the globe responsible for the actions of the Israeli state. Less than two weeks later, on Sept. 4, he resigned his post in New Haven.

While the Episcopal Church supports a two-state solution and advocates for peace and reconciliation between both sides, Shipman's flare-up reflects ongoing debate within several mainline denominations about divestment from Israel, sensitivities around anti-Semitism and uneasy attempts to strike a balance.

Advocates for peace between Palestine and Israel within the Episcopal Church see a growing divide, said Linda Gaither of the Palestine Israel Network within the independent group Episcopal Peace Fellowship.

“There’s a gap between the leadership of the church and networks within the church,” said Gaither, whose group has defended Shipman's comments. “It is not anti-Semitism to raise the question of the actions of the state of Israel. We must differentiate between the need for all of us to stand firm against anti-Semitism (and) the need to continue the Episcopal Church’s stance against occupation.”

The Presbyterian Church (USA) voted earlier this summer to divest pension funds from three companies that sell nonlethal equipment to the Israeli military. Jewish groups denounced the move as biased against Israel and damaging to interfaith relations.

“These denominations that used to be uniformly pro-Israel are having significant pressure from groups to be critical of Israel,” said Jeff Walton, communications manager for the Institute on Religion & Democracy, a conservative Washington think tank that is frequently critical of mainline denominations.

“This is most pronounced in the PC(USA), but we’re seeing signs in the Episcopal Church, and Shipman's letter is an example of that.”

Mainline denominations have been debating divestment for a decade or more. In 2012, the United Methodist Church defeated by a 2-1 margin divestment from companies accused of contributing to "Israeli occupation of Palestinian territories" at its General Conference. The same year, the Episcopal Church declined to offload holdings in companies that sell nonlethal equipment to Israeli military.

"When an advocate for divestment contacts a clergy person, that probably has less weight than the local rabbi who meets the Episcopal priest at the golf club," said Walton, whose group has worked against divestment. "The organic social relationships between clergy probably lead to strong interfaith relationships that they wish to preserve."

Shipman, who could not be reached for an interview, was not employed by Yale, beginning his second year of a two-year interim appointment from the Episcopal Church.

“It causes me chagrin that people on both pro-Palestine and pro-Israel sides would jump on this circumstance and politicize it to their own ends, often neglecting to appreciate the institutional dynamics that predated any of this,” Douglas said.

However, Shipman said in an interview with Time that the letter was the tipping point. “This story cannot be simply dismissed as the inner problems of the Episcopal Church at Yale. It was not,” he said. “It was this letter that set off the firestorm.”

Douglas said that other members of the Episcopal Church at Yale's board of governors had supported Shipman’s position on Israel.

“I do not think Bruce is anti-Semitic,” Douglas said. “I’ve never experienced himself as such. That’s my interpretation, but I’m not a Jew.”

Shipman didn’t understand Jewish connections to Israel, argued religion writer Mark Oppenheimer in a column for Tablet. Oppenheimer said Shipman failed to understand the difference between Israel and the action of Jews and anti-Semitism.

“You don’t say to Muslims, 'If you have a problem with anti-Muslim bigotry, take it up with al-Qaida,'" Oppenheimer said in an interview. "That’s not the way American dialogue should proceed."

However, Oppenheimer, who teaches a class at Yale, does not believe Shipman should have had to resign.

“I’m opposed to drumming people out of communities,” he said. “I don’t think the answer is to call for someone’s scalp.”