Can hip-hop and a history lesson help improve discussions about race among atheists?

In “Humanism and/in Hip-Hop,” a new course offered through The Humanist Institute, Dr. Monica Miller argues that all atheists can learn by looking to hip-hop and African American Humanism.

“Hip-hop and Humanism are both distinct areas of research in my work,” said Miller, Assistant Professor of Religion and Africana Studies at Lehigh University and author of Religion and Hip Hop. “But, as it turns out, there are a number of shared sensibilities that cut across each.”

Miller, who also serves as a Senior Research Fellow at the Institute for Humanist Studies, spoke with me about what all atheists can learn from hip-hop and African American Humanism—and how white atheists can do a better job of not only discussing white privilege and racism, but actively addressing them.

Chris Stedman: What can Humanists learn from hip-hop?

[tweetable]At times rightly and at other times wrongly, Humanism has been regarded as decidedly white, affluent, and male.[/tweetable] But I think Humanism can grow in size and social impact if we open up our ledgers to include sorts of Humanism we might not expect, such as the “outlaw Humanists”—people either outlawed by the larger society for ideological reasons, or outlawed by Humanist camps for not easily fitting into traditional definitions of Humanist or atheist.

CS: What do you think are some things many atheists and Humanists might not know about African American Humanism?

[tweetable]First, there’s nothing “new” about black Humanism.[/tweetable] In fact, we know that many enslaved Africans traditionally remembered as singing spirituals in fields of cotton were using traditional religious language like “heaven” and “Canaan Land” to talk not about a metaphysical otherworldly place, but about the geographic and emancipated North. That’s another aspect of outlaw Humanists—they’re so secure in their humanist orientation that they don’t fear religious language or religious people.

CS: The most visible public “faces” of atheism are often white, male, heterosexual, and middle to upper class. Do you think this informs who is currently drawn to atheist and Humanist institutions, and the expressions of Humanism that are most popular and familiar?

MM: I’ll be blunt. Where race is concerned, Humanist organizations look a whole lot more like white Christian churches than they do places of mutual intellectual, civic, and social exchange and uplift. If members want membership to grow or change, actually do something about it. [tweetable]It’s not enough to list on a website that “we’re not racist” or some version of a diversity statement.[/tweetable] 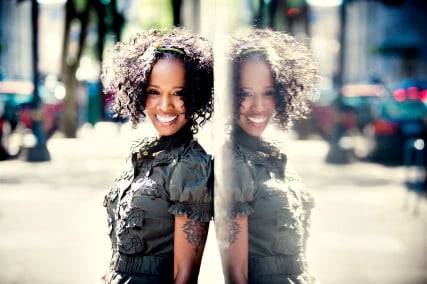 I’m not saying anything different from what Anthony Pinn and many other African American Humanists have been saying for a long time, but if an institution wants to grow and change—to change it’s color, so to speak—don’t just invite people inside your doors or to your conferences. [tweetable]Instead, go outside your doors and find people in the places that matter to them.[/tweetable]

Part of this means recognizing that the borders of Humanist organizations are more fluid than we’ve traditionally recognized. And part of it will involve making those borders more porous than they are now by branching out, building actual relationships, and demonstrating to African American Humanists and non-Humanists alike that the Humanist concern for African Americans and other marginalized groups is actually a humanistic concern—not a desire for better PR or increased membership.

CS: What else can white atheists do to better address white privilege and systemic racism?

MM: There is something to be learned from African American Humanism, and African American culture more generally, about how to live with uncertainty. Many brands of Humanism and atheism more specifically echo hollow suggestions about knowing, with certainty, that we’re alone and that science can help us.

To this extent, certain folks—folks we love and read and listen to as prominent Humanist voices—could do with a dose of humility made possible by a recognition that life is uncertain. Life is tenuous. It is hard, complicated, confusing. And none of us have answers to why humans can seemingly do such dastardly things, fear difference, and the like. [tweetable]If white atheists want to do better to address white privilege, then they’d do well to dislodge their epistemological foundations from “certain” moorings.[/tweetable]

In less poetic language, I simply mean that white privilege has a lot to do with feeling certain, secure, safe. If atheists want to really tackle such longstanding problems and challenges, then they’d start off well by adopting a brand of atheism or Humanism rooted in uncertainty—a celebration of difference not simply for what benefits and beauty it holds, but for its effects to unsettle. [tweetable]Learning to live uncertainly in an uncertain world is what Humanism, at its best, is all about.[/tweetable] I’ve learned much of this from African American Humanism.