Redeemer Presbyterian Church, one of the most influential evangelical churches in the country, is led by author and speaker Tim Keller. Photo courtesy of Godwell Andrew Chan

NEW YORK (RNS) Redeemer Presbyterian Church, one of the most influential evangelical churches in the country led by author and speaker Tim Keller, has partnered with a Mississippi-based school to form a seminary campus in New York City in 2015.

The partnership between Redeemer and Reformed Theological Seminary fits in with the desire of evangelicals to plant their flag in large cities such as New York. It also reflects the influence of Reformed theology on evangelical thinking, as well as the impact of megachurches on theological education.

And while many seminaries are still suffering declining revenues since the economic crisis of 2008, the model of building campuses in major cities has proved successful for the Mississippi flagship seminary.

Students in the New York City campus will be trained to start churches by pursuing a two-year master’s of arts degree in biblical studies at $430-450 per credit hour before receiving another year of pastoral church planting education from Redeemer. The campus will likely launch in Redeemer’s offices near Herald Square in Manhattan. 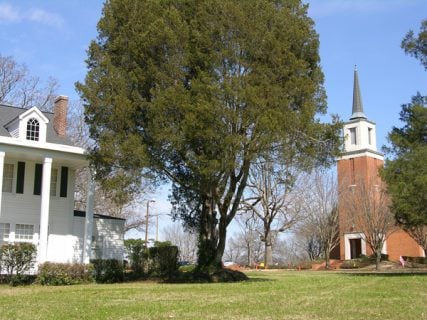 “Seminarians are not relocating to go to seminary,” said Ligon Duncan, chancellor of RTS. “They tend to stay regionally and study with institutions with which they have little theological sympathy in order to stay (in the same city).”

Keller, who rose to national popularity after his 2008 best-selling book “The Reason for God” and co-launched The Gospel Coalition network of Reformed leaders, has been one of the most influential leaders in evangelicalism. In 2001, he started Redeemer’s City to City initiative, which has helped start over 300 churches in 45 cities.

RTS, based in Jackson, Miss., currently has seven campuses in cities such as Washington; Atlanta; Charlotte, N.C.; and Orlando, Fla. RTS provides scholarships for about 88 percent of its approximately 2,500 students, of which about a 1,000 are full-time students. Its leaders hope to do the same in New York.

The dean of RTS in New York will be James Anderson, academic dean for the seminary’s global program; its top administrator will be Steve Wallace, currently RTS’ chief operations officer.

The New York City launch could include as few as 10 students. Many seminaries are attempting to expand through distance learning, a shift RTS has avoided.

“We think there’s a loss of mentoring in modern theological seminaries with virtual or distance education, a loss of thickness,” Duncan said. “We’re trying to make it affordable in an environment that’s incredibly expensive.” 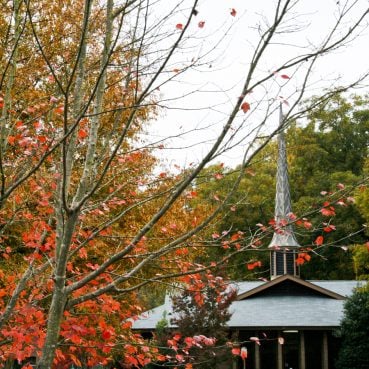 Church attendance in New York City is increasing and the number of “born again” Christians is on the rise — now estimated at 32 percent, up from 20 percent in the late 1990s, according to Barna Research. Last year, the evangelical magazine Christianity Today featured New York in a larger series on how evangelicals are influencing major U.S. cities.

Keller has been among several evangelical leaders encouraging others within the movement toward an embrace of Reformed theology, which has often been the domain of Presbyterians and others influenced by John Calvin, the 16th-century French theologian.

Reformed theology differs from other forms of evangelical theology in key aspects, particularly on the question of salvation, and it has roiled the Southern Baptist Convention, where 30 percent of pastors now consider themselves Calvinists, or Reformed.

The seminary’s dedication to inerrancy has been reflected in recent controversies over science. Respected Old Testament scholar Bruce Waltke resigned in 2010 following comments favoring evolution. And in 2009, Old Testament scholar Tremper Longman III was disinvited from RTS for expressing doubts about the historical figure of Adam.

The partnership between the church and the seminary pairs two theologically aligned institutions that are interested in influencing the broader evangelical movement. Although Redeemer is a PCA church, many of its church plants are not affiliated with the denomination, and RTS is a nondenominational seminary. About two-thirds of RTS students affiliate with the Presbyterian or Dutch Reformed traditions, while the remaining third align with Baptist, Anglican and Methodist traditions.

Historically, seminaries have grown out of a particular theological vision.

“With the growth of internships, pastoral residencies, and church planting programs that are created, established, nurtured, and run by the megachurches, we see them as a big player for future ministry training,” Thumma and Travis wrote in their 2007 book.

“If any school can make it work, RTS would be among them,” said Aleshire.

There have been about 30 new seminaries in the U.S. in the last five years, due in part to a significant number of new Asian-American enrollments, Aleshire said.

“A seminary doesn’t go to a location; it goes to a constituency,” Aleshire said of RTS’ move. “The question is, what is it about this kind of religious expression that seems to have found expression in the city?”