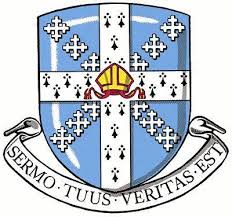 Seal of the General Theological Seminary

Anyone who’s ever spent any time around trustees of institutions of higher learning knows what a royal pain in the butt professors are. Talk about your whiney losers! Just because they spend a few hours a week disseminating information in a classroom they think they’re entitled to help run the place. Really? Most of them haven’t been out of school since the age of three, and wouldn’t know a balance sheet from a blunderbuss.

So I say, in these hard times for mainline Protestant divinity schools, good for the trustees of the Episcopal Church’s General Theological Seminary! When eight of the 11 faculty members at that two-century-old pillar of Lower Manhattan declined to teach and discharge their other duties because they said they couldn’t work with their president-cum-dean, the Very Reverend Kurt Dunkle, the board accepted their “resignations.” Hah! They’ll never have to work with him again.

I’m glad the board did not deign to actually meet with the malcontents, as they had requested during months of bellyaching. To what end? It’s not as if they would do anything but complain about the brave new world of distance divinity learning. Have they no faith in things unseen?

Sure, let there be an “investigation” of their claims that Dunkle, a sometime corporate lawyer from Jacksonville, Fl., improperly shared a student’s academic record and told a female faculty member that he “loved vaginas.” And that he referred to mass transit passengers in San Francisco as “slanty-eyed.” And that he was dictatorial and controlling and made them “feel unsafe.” Let Very Reverends be Very Reverends, I say. Especially when they’re CEOs.

And it’s not as if Dunkle is alone in Episcopal seminaryland. After the faculty of the Episcopal Divinity School in Cambridge, Mass. voted no confidence in their president, the Very Rev. Katherine Ragsdale, last year, she told a reporter that no-confidence votes and resistance from faculty were, “a dime a dozen, pretty much since the 1980s,” adding: “It’s just a way of doing business, especially for places that are facing the need to potentially make significant change. It goes with the territory.” Boom!

The trustees at EDS didn’t meet with the faculty there either. Why should they? All they were doing was deciding whether to do away with tenure, and you know how the tenurati would respond to that.

News
Study: Biden still leads among Latino Christian voters, but Trump’s support has grown
News
In Oregon, churches and anti-fascists unite to provide mutual aid to fire evacuees and others in need
News
‘Your fight is my fight’: Latino clergy and faith leaders rally behind Black Lives Matter
Beliefs
Four young people of different faiths move into a home together, then a pandemic happens
Opinion
Warning: Your piety might be dangerous to your health
© Copyright 2020, Religion News Service. All rights reserved. Use of and/or registration on any portion of this site constitutes acceptance of our User Agreement and Privacy Policy, Privacy Statement and Cookie Notice. The material on this site may not be reproduced, distributed, transmitted, cached or otherwise used, except with the prior written permission of Religion News Service.