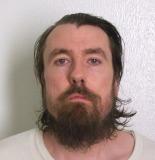 (RNS) In some ways, the case of the Muslim prisoner who wants to grow a beard seems easy.  When it comes to a prisoner’s religious rights, federal laws favors accommodation when possible.

So how could Gregory Holt — known as Abdul Maalik Muhammad after his conversion to Islam — possibly lose at the Supreme Court, where the justices heard his case on Tuesday (Oct. 7)?

Holt wants to grow a mere half-inch beard — a length of whisker allowed in the vast majority of state prison systems, but not the one where he is incarcerated: Arkansas.

Even Chief Justice John Roberts wondered how such a seemingly straightforward case came before the high court, which usually occupies itself with the thorniest of legal questions. 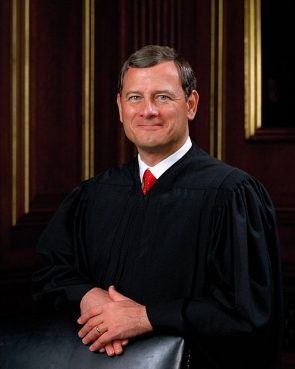 “You’re really just making your case too easy,” Roberts told Douglas Laycock, the respected First Amendment scholar arguing on Holt’s behalf. You’re just saying, “Well, we want to draw the line at a half inch because that lets us win. And the next day someone’s going to be here with one inch. And maybe it’ll be you. And then, you know, two inches.”

You can’t get around the “legal difficulty” of the case by asking for so little, Roberts concluded.

A prisoner who wants a full beard will likely petition the court some day, Laycock replied. But that plaintiff is not before the court today. “So this case is about a half an inch.”

But of course it is about more, as Laycock made clear later in his argument. The Supreme Court, he said, must decide how much deference prison officials get when they decide to limit inmates’ religious observance.

Laycock reiterated the strict standard that the court must apply in answering that question: Does the beard rule reflect a “compelling government interest” and does it represent the “least restrictive” burden on the prisoner’s religious rights to achieve the rule’s goal?

The prison’s goal is security, explained David Curran, the Arkansas deputy attorney general who argued the case before the court on behalf of Ray Hobbs, the director of the state’s Department of Correction. Prisoners can hide all kinds of contraband — drugs, weapons, cell phone SIM cards — in even a short beard, he said. But he rested most of his case on the potential of prisoners to shave and confuse guards as to their true identities. Elsewhere, this may not pose the problem it presents in Arkansas, he said.

A view of the Supreme Court on Oct. 7, 2014. Religion News Service photo by Lauren Markoe

“We are not like California. We are not like New York. They have cell block housing,” said Curran, explaining that Arkansas maximum security prisoners often live 40 to 60 inmates to a barracks, and spend their days outside the prison compound working in fields.

“We think if deference means anything, it means you don’t have to copy the prison policies of other states who don’t even have the similar security concerns that we do,” Curran said.

Holt, imprisoned for stabbing his former girlfriend in the chest and neck, has repeatedly stated his intention to harm public officials and pleaded guilty to threatening to kidnap and harm the daughters of former President George W. Bush. He has declared himself  “at war” with the prison barber and has threatened to hurt him.

“Having a beard is not a commandment in Islam,” said Sayyid M. Syeed of the Islamic Society of North America, outside the courthouse. Religion News Service photo by Lauren Markoe

Despite his behavior in and out of prison, a diversity of interest groups wrote briefs in support of Holt’s case, including Americans United for Separation of Church and State, the International Mission Board of the Southern Baptist Convention, and the American Jewish Committee. With Laycock, the conservative Becket Fund for Religious Liberty prepared Holt’s case in Holt v. Hobbs.

Arkansas’ brief in the case noted that Holt is allowed access to a Muslim counselor, the ability to pray in the direction of Mecca and food options that allow him to observe Muslim dietary law.

The brief also notes that many Muslim men do not consider a beard a religious obligation.

But many Sunni Muslims do — and Holt follows the conservative Salafi school of Sunni Islam whose followers believe they must grow a beard as did the Prophet Muhammad.

“Having a beard is not a commandment in Islam,” said Sayyid M. Syeed of the Islamic Society of North America, outside the courthouse. But the key issue is that Holt believes it is a religious requirement, he said. If Holt is denied his right, it would be easier to deny other prisoners their religious rights.

A win for Holt “advances our commitment in America for religious liberty,” Syeed said.

Holt was not present at the Supreme Court Tuesday. The justices are expected to issue their decision next spring.

Opinion
Barrett’s faith views go beyond even many pro-life Americans’ beliefs
Opinion
My child with Down syndrome is not a political statement — and neither is Amy Coney Barrett’s
News
How Amy Coney Barrett could change the Supreme Court’s balance on religious liberty
Opinion
Amy Coney Barrett’s religion isn’t the problem. It’s her record.
News
Catholic worker who broke into naval base to protest nuclear weapons sentenced