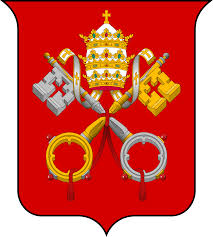 Halfway through the Extraordinary Synod of Bishops on the family taking place in the Vatican, the details of the discussion have sometimes been mystifying. Where does doctrine (immutable) end and its pastoral application (flexible) begin? What the heck is “the law of gradualism”?

Yet the core debate is clear enough. On one side are the Franciscans — those who follow Pope Francis in seeing the Church as a field hospital caring for wounded souls. On the other are the Burkeans — those personified by Cardinal Raymond Burke, who want the Church to serve as a firewall against the moral corruption of the age.

Here’s how Francis put his position in that famous interview with the editor of the Italian Jesuit journal La Civiltà Cattolica a year ago:

I see the church as a field hospital after battle. It is useless to ask a seriously injured person if he has high cholesterol and about the level of his blood sugars! You have to heal his wounds. Then we can talk about everything else. Heal the wounds, heal the wounds…. And you have to start from the ground up.

To be sure, the pope wasn’t suggesting that the Church’s ministry of mercy means jettisoning fundamental teachings.

The confessor, for example, is always in danger of being either too much of a rigorist or too lax. Neither is merciful, because neither of them really takes responsibility for the person. The rigorist washes his hands so that he leaves it to the commandment. The loose minister washes his hands by simply saying, ‘This is not a sin’ or something like that.

But there is no question that, for Francis, the merciful approach is one that accompanies people on their journey and adapts to their needs.

At the Synod, the opposition comes from the rigorists. Their foremost spokesman has been Cardinal Burke, the head of the Vatican’s high court who was booted off the Congregation of Bishops by Pope Francis last December. Burke has made it clear, both in speaking to the assemblage and in interviews with the media, that he he wants no part of anything pastoral that undermines, for example, the doctrine that homosexual conduct is “intrinsically disordered.”

The Church’s struggle with rigorism goes back to days when it was persecuted by a non-yet-converted Roman Empire. In the middle of the third century, followers of the Roman priest Novatian opposed Pope Cornelius for being to ready to accept lapsed Christians back into the church; the Novatians also opposed second marriages. In the early fourth century, the Donatists held that sacraments were invalid if they were administered by priests who had handed over the Scriptures to the authorities as an emblem of their rejection of Christianity during the persecution of Diocletian.

In both cases, the rigorists took the position that the Church was a place for saints, not sinners. Appropriately, the Novatians called themselves Catharoi — Puritans. In Antiquity, their approach was rejected by the Church. The interim document issued this morning by the Synod’s drafting committee suggests that, this time too, the tide is running in favor of accommodation. In dealing with the vexed question of whether to make Communion available to Catholics who have divorced and remarried outside the Church, the document is sympathetic to allowing it on a case-by-case basis. And with respect to same-sex marriage, there were these remarkable sentences:

Without denying the moral problems connected to homosexual unions it has to be noted that there are cases in which mutual aid to the point of sacrifice constitutes a precious support in the life of the partners. Furthermore, the Church pays special attention to the children who live with couples of the same sex, emphasizing that the needs and rights of the little ones must always be given priority.

Calling this “a pastoral earthquake,” veteran Vatican observer John Thavis reports that the pushback is already underway. No doubt this contest will continue at least until the questions at hand are resolved at the World Meeting of Families in Philadelphia next September. In the meantime, it’s worth recognizing that contemporary rigorist-accommodationist struggles have been important for those outside Catholicism as well as those within it.

After World War II, the ex-Communist Jewish writer Will Herberg saw the Church as a bulwark for society at large against secularism, nationalism, and socialism — “the spirit of the age.” For that reason, he took a dim view of the Second Vatican Council’s commitment to aggiornamento, warning young people gathered for the golden jubilee of the National Newman Federation in 1965, “Do not sell your birthright — the great heritage of Catholic truth — for a mess or modernist pottage, no matter how fashionable or attractive it may seem.”

Similarly, a group of conservative Catholic and non-Catholic “marriage experts” wrote a letter to the pope a few weeks ago urging that the Synod take various steps to strengthen the family in the contemporary society, including providing support for efforts “to restore legal provisions that protect marriage as a conjugal union of one man and one woman.” Like Herberg, they want the Church to be a firewall.

My money’s on the field hospital.