NEW YORK (RNS) The embattled General Theological Seminary will keep its controversial dean and has offered to negotiate employment possibilities with the majority of its faculty who quit teaching classes and were subsequently fired. One trustee has resigned over the board’s decision.

Last month, eight full-time professors quit teaching classes and attending official seminary meetings or chapel services until they could sit down with the seminary board to discuss concerns about the seminary’s dean, the Very Rev. Kurt Dunkle. 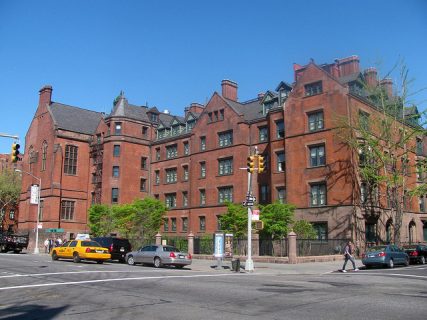 The seminary board accepted the resignations of the faculty, which the professors said they had never offered. The dispute left the flagship Episcopal seminary scrambling to find teachers for its classes.

The board of GTS — a venerable New York institution that has produced generations of bishops and noted theologians — said Friday (Oct. 17) that the terminated faculty would be “invited to request provisional reinstatement as professors of the seminary.”

“The Executive Committee stands ready to meet next week to hear requests of any of the eight former faculty members for reinstatement and to negotiate the terms of their provisional employment for the remainder of the academic year,” the board said in a statement.

A collective statement from faculty said they will consider the board’s offer. “For now, we need to spend some time individually and collectively in prayerful reflection on the Board’s decision so that we can determine the best way forward,” the statement said.

New York Bishop Andrew Dietsche, an ex-officio member of the GTS board, criticized the board for terminating the faculty to begin with.

“It also became clear to me that by the decision to terminate the faculty, the board had so inflamed the situation that the board itself had become a participant in the conflict, and in ways that were impeding the hope of a just and fair resolution of the crisis,” Dietsche said in a statement.

Dietsche said the momentum for reinstatement appeared to be so strong that he was confident the board would approve. He said the earlier resolution terminating the faculty “obscured the dynamic of debate and persuasion within the board itself, and hid from view the genuinely wide diversity of thought and conviction across the board.”

Board trustee Jeffrey Small said he has stepped down from the board because he supported permanent faculty reinstatement.

“All of us have contributed to the state of this crisis,” Small said. “For any resolution to happen, there needs to be healing and reconciliation between all parties.”

Earlier this month, respected Duke Divinity School theologian Stanley Hauerwas declined a series of lectures he was scheduled to give in November so he would not appear to take sides. More than 900 scholars from across the country have signed a letter of support for the eight faculty, saying they will not lecture or speak at the seminary.

The board also voted to keep Dunkle as dean and president. The eight faculty had charged that Dunkle shared a student’s academic records with people who were not authorized to see them, which would violate federal academic privacy standards.

In a Sept. 17 letter, the faculty charged Dunkle with comments that have made women and some minority groups uncomfortable, such as describing Asians as “slanty eyed,” not wanting GTS to be known as the “gay seminary,” and telling a female professor that he “loved vaginas.”

“The Board … has concluded after extensive discussion that there are not sufficient grounds for terminating the Very Reverend Kurt Dunkle as President and Dean,” the statement said. “We reaffirm our call to him as President and Dean and offer him our continuing support.”