Southern Baptist Theological Seminary President R. Albert Mohler Jr., speaks to attendees during the 2014 Ethics and Religious Liberty Commission National Conference on the gospel, homosexuality, and the future of marriage.

Perhaps the most shocking thing was how few fireworks there were.

The Southern Baptist Convention’s Ethics and Religious Liberty Commission was clear: Sex is reserved between a man and a woman within the bonds in marriage. And openly gay evangelicals in attendance were equally clear: Homosexuality is not incompatible with Christianity.

No concessions were made, but leaders on both sides expressed surprise at how the two agreed to coexist. Put another way: The old emphasis on “Love the sinner, hate the sin” has become more a version of simply “Love all sinners. Ask questions later.”

“I do want to apologize to the gay and lesbian community on behalf of my community and me for not standing up against abuse and discrimination directed towards you. That was wrong and we need your forgiveness,” said North Carolina megachurch pastor J.D. Greear, drawing applause.

“We have to love our gay neighbor more than our position on sexual morality.”

For now, at least, some gay groups seem willing to give the other side the benefit of the doubt.

The conference brought together a “who’s who” within contemporary conversations on homosexuality and evangelicalism, including ERLC President Russell Moore and Atlanta megachurch pastor Andy Stanley, who attended the conference of 1,300 with a group of other pastors from his nondenominational North Point Community Church.

The interactions were largely friendly, with none of the hostility seen from both sides in recent years. Inside the ballroom and out in the hallway, LGBT activists mingled with Southern Baptist leaders. From the crowd, gay advocates tweeted responses to the speakers on stage, at times seeming to overtake the conference’s Twitter hashtag.

While the substance remained much the same, the evangelicals’ shift in tone was noticeable. Moore regularly referred to people who are gay — not merely people who are sexual sinners in need of redemption — and denounced so-called “ex-gay” therapy as “severely counterproductive.”

Even the Rev. R. Albert Mohler Jr., the veteran culture warrior and president of Southern Baptist Theological Seminary in Louisville, Ky., seemed to have a change in tune, if not an outright change of heart.

“Early in this controversy, I felt it quite necessary, in order to make clear the gospel, to deny anything like a sexual orientation,” Mohler told the crowd. “I repent of that.”

Finally had the chance to meet w/ @albertmohler this morning. Appreciate his willingness to dialogue & continue the conversation. #ERLC2014

Yet the thawed relations could not hide tensions between the ideas of “loving your neighbor” and “defending your rights,” particularly as legal recognition of same-sex marriage continues its lightning-fast expansion across the country. With the clashes between religious liberty and gay rights that inevitably follow, many still question whether the friendly conversations can continue.

The closest conference speakers came to politics came during presentations from the Arizona-based Alliance Defending Freedom on what it sees as a threat posed to religious freedom by legalized gay marriage.

Barronelle Stutzman, the Washington state florist who declined to sell flowers for a same-sex ceremony, drew a standing ovation. Erik Stanley of ADF, the organization defending business owners like Stutzman, called the murder of Matthew Shepard in Wyoming in 1998 “a hate crime myth.” 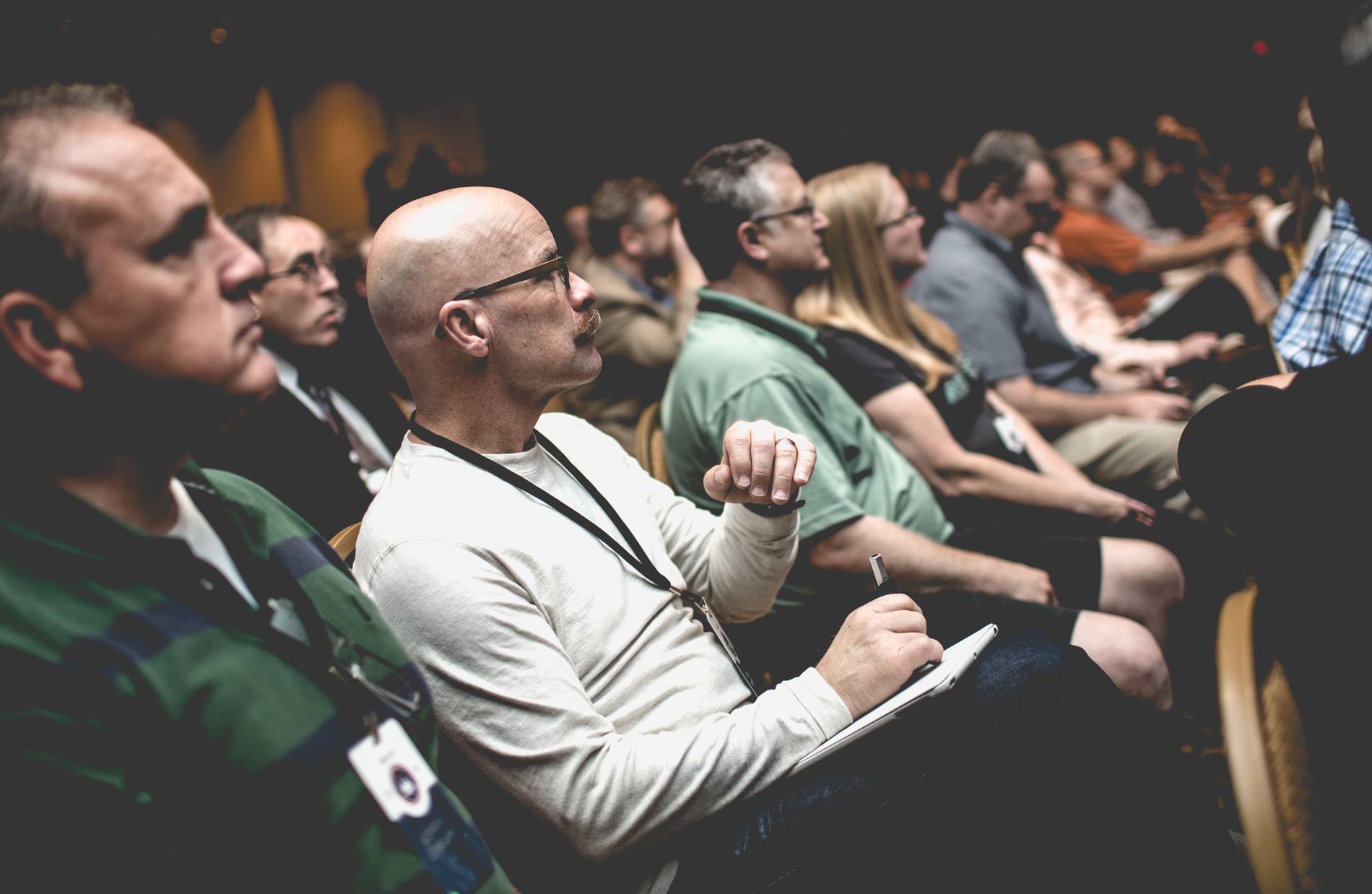 Attendees listen to a speaker during the 2014 Ethics and Religious Liberty Commission National Conference.

Mohler also decried “revisionists,” or LGBT advocates like Matthew Vines, who are encouraging evangelicals to embrace the idea that the Bible does not condemn homosexuality. A copy of Mohler’s rebuttal to Vines’ book was included in the conference grab bag.

Even as Moore denounced ex-gay therapy, he nonetheless cited examples of some people who have changed their sexual orientation.The conference also featured four speakers, including Rosaria Butterfield whose personal story went viral last year, who spoke of leaving homosexuality or embracing celibacy.

Even so, specific political positions or political endorsements were largely absent. “Baptizing lost people and teaching them to vote Republican is not a revival,” Moore said to cheers and claps.

Numerous conference speakers encouraged Christians to love their neighbors who identify as LGBT. Focus on the Family President Jim Daly, who has cultivated a friendship with a lobbyist for the gay rights advocacy Gill Foundation, said he prays for LGBT activist Tim Gill.

Several speakers said the church should lead, not follow, in combating anti-gay bullying. “You have to ask, what greater lie we could tell about our savior than to distance ourselves from the hurting and the broken in the moment they needed us most,” Greear asked.

Frustrated LGBT people at home, please know that I am at #ERLC2014 having as many conversations as I can to bring nuance behind the scenes.

Justin Lee, executive director of the Gay Christian Network, said the real opportunity for change could be for LGBT children who grow up in Southern Baptist homes and how they’re treated when they come out.

“That’s an area where a shift can literally mean the difference between whether a kid is treated with understanding and compassion or winds up homeless, suicidal, or even dead,” Lee posted on Facebook. “For that reason, these are significant conversations.”