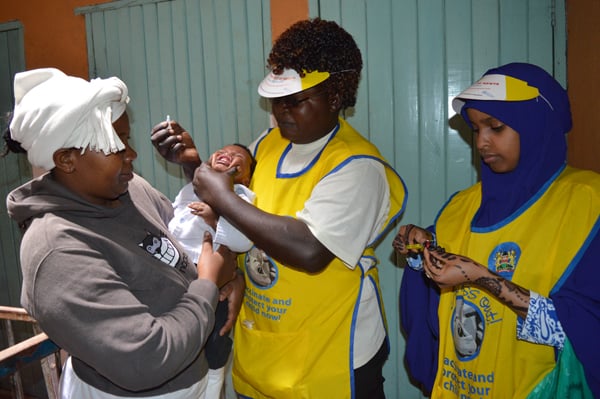 NAIROBI, Kenya (RNS) A row between the Catholic Church and the government over a tetanus vaccine aimed at women in their childbearing years has clergy urging people to shun the injection, saying it’s a stealth population-control ploy.

On Tuesday (Nov.11), the bishops appearing before the parliamentary health committee said they had tested the vaccine privately and were shocked to find it was laced with a birth control hormone called beta human chorionic gonadotropin.

“We are calling on all Kenyans to avoid the tetanus vaccination campaign because we are convinced it is indeed a disguised population control program,” said Bishop Paul Kariuki, chairman of the Kenya Conference of Catholic Bishops’ health committee.

The tangle began in March, when bishops became suspicious about the vaccine, which was targeted at women in the reproductive ages of 14 to 49, and excluded boys and men.

An ordinary tetanus shot can protect a person for 10 years, with a booster available for those who have suffered an injury.

The bishops also wondered why the campaign was being rolled out in phases and in secrecy.

“To our surprise, the Ministry of Health confirmed it had not tested the vaccine, having trusted it, since it originated from WHO (World Health Organization), a credible organization in matters of health,” said Kariuki.

The government insists the vaccine is safe. So too does the World Health Organization and UNICEF. The two groups issued a statement saying the vaccine, which has been used by 130 million women in 52 countries, is safe.

“These allegations are not backed up by evidence, and risk negatively impacting national immunizations programs for children and women,” the WHO and UNICEF statement said.

The government began providing the shots in October 2013.

“We have explained the science behind targeting the women,” said James Macharia, health ministry Cabinet secretary. “We have embarked on the campaign to speed up the elimination of the disease among women in the reproductive age.”

According to the bishops, when the ordinary tetanus vaccine is combined with b-HCG and given in five doses every six months, the women develop immunity for both tetanus and HCG, a hormone necessary for pregnancy. Subsequently, the body rejects any pregnancy, causing repeated miscarriages and eventually sterility.

In 1995, the World Health Organization proposed a similar campaign in Kenya, but the bishops protested, demanding that the vaccine be tested independently. Instead of submitting a sample for testing, WHO stopped the campaign, said Kariuki.

WHO carried out similar vaccination campaigns in Mexico in 1993 and in Nicaragua and the Philippines in 1994.

“What is immoral and evil is that the tetanus laced with HCG was given as a fertility regulating vaccine without disclosing its contraceptive effect to the girls and mothers,” said Dr. Wahome Ngare, a member of the Kenya Catholic Doctors Association. 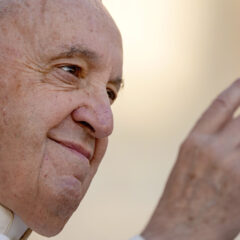