SALT LAKE CITY (RNS) If you lose or change your Mormon faith at Brigham Young University, you get expelled — much to the dismay of some former students who are pushing to alter that policy.

Why, they wonder, can’t these BYU students be allowed the same religious freedom non-Mormons are afforded at the LDS Church-owned school? 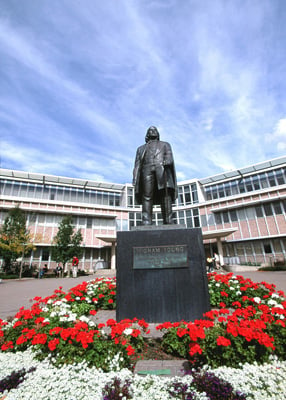 Activists have formed a group called FreeBYU and sent a certified letter to church President Thomas S. Monson urging LDS leaders to update the university’s honor code “to promote freedom of thought and freedom of religion.”

Brad Levin, who is among three BYU graduates directing the effort, has seen Mormon students who suffered a “faith crisis” lose not only their standing in the Provo school, but also their university housing and campus jobs.

The private school’s honor code is clear on this point for Mormon students:

“Excommunication, disfellowshipment, or disaffiliation from The Church of Jesus Christ of Latter-day Saints automatically results in the loss of good honor code standing. … Disaffiliation is defined for purposes of this policy as removal of an individual’s name from the official records of the church.”

FreeBYU proposes that if students resign from the LDS Church, they be allowed to obtain an “ecclesiastical endorsement” from the BYU chaplain or their new religious leader and pay the non-LDS tuition rate to remain in school.

Non-LDS students pay double what a Mormon student does at BYU. In 2014, for instance, full-time LDS undergraduates pay $2,500 a semester, while non-Mormons pay $5,000.

The reasoning: LDS families help support the faith’s flagship school through their tithing. Outsiders do not.

So, Levin argues, if Mormon students who join another church or become agnostic, yet agree to live by the honor code’s other standards (no drinking, smoking, coffee, tea or premarital sex) and are willing to pay the higher non-LDS tuition, they should be able to “continue their academic progress, retain their university employment and remain in BYU contract housing.”

BYU spokeswoman Carri Jenkins acknowledged that Mormons who change faiths are treated differently than those who enter as non-LDS.

This applies to students who leave the LDS Church, Jenkins says, not someone who struggles with faith issues for a short time.

“We have a period of time when we work with a student,” she says. “These are handled on a case-by-case basis.”

Jenkins says she has not heard anything about the FreeBYU movement nor received any requests to rewrite the honor code on this point.

Levin, who graduated in 2011 with a law degree and a master of public administration from BYU, began to doubt his Mormon beliefs while still on campus but had to keep that fact hidden until he graduated. His older brother was kicked out of BYU for revealing his doubts.

The activist says he knows at least one current BYU student who has converted to Islam but has to hide his five prayers a day from his LDS roommates.

Levin is not optimistic that Monson will make a change, he says, but hopes the group’s letter and efforts “will open up the conversation in a strategic way for action later on.” 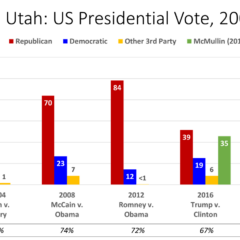 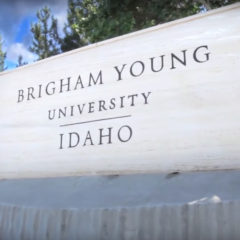