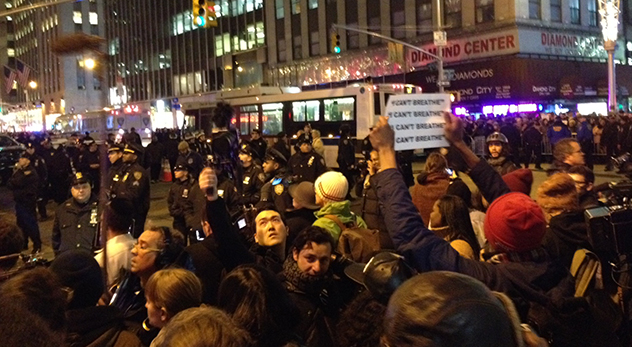 The quickest way to a person’s heart is often through their ears.

This is a good lesson for a columnist like myself, who is rarely short on words, in the wake of a tragedy like the Eric Garner decision. I started searching for the right words since it was announced that the police offer who choked Garner to death would not be indicted. “Just wait a few days,” I told myself Wednesday night, “and the words will eventually come.” Well it’s Friday, and my dictionary’s pages are still blank.

To borrow from Russell Moore, president of the Ethics and Religious Liberty Commission (ERLC), “it’s high time we start listening to our African American brothers and sisters in this country when they tell us they are experiencing a problem.”

Their voices ring out today. May we have ears to hear, even as we repent for so many years of tone-deafness. 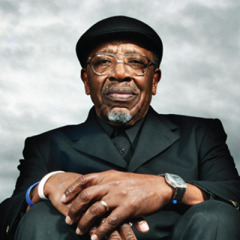 It seems like our nation is out of control, and some of this is the result of our polarization and our own victimization in both the black and white community. We have not found ways to confess to each other our wrongdoings and haven’t been able to make the kind of peace that could come from having that type of conversation. We haven’t been able to take the responsibility as God’s people or as citizens. 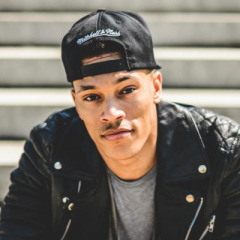 When I heard that the grand jury was close to a decision on the Eric Garner homicide (as it was ruled), I told my skeptical friends I’d be shocked if there wasn’t an indictment. Of course, this case would at least go to trial considering it was all caught on video. What more could they need? So when I heard that they would not indict the officers involved, I was dumbfounded. I was honestly shaken up for a few hours. It’s painful to watch case after case where unarmed black men lie dead and no one is held accountable. It should cause us to grieve.

As Christians, we know that God is in control even when things seem out of hand. We know He works all things for good, but that doesn’t mean we should merely sit around and wait to see what He’ll do. We should also actively look for ways to respond to these horrible events in God-honoring ways….I’m saddened when I look at the state of our world— from racism, to poverty, to religious persecution. But I’m also rejoicing, because I know God values every life and I can’t wait for Him to make all things right. 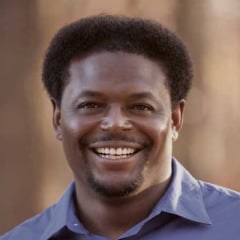 I’m experiencing depths of sadness, pain, and confusion like I haven’t in years over the Eric Garner injustice. The man was killed by an illegal choke hold on video for the world and grand jury to see. I hurt for this man’s six children, grandchildren, and wife.

This horrific injustice reminds me of stories my grandmother would tell as little boy about how black men would be killed in the 1940’s in the deep South. Last night, as I went for walk in my own neighborhood, I found myself saying, “I need to get home before it gets dark so I am not mistaken for someone I’m not.” Thoughts like this use to be common growing up as a teenager….The only thing I know to do is partner with God the Father to teach people to love each other by being color blessed, not color blind. 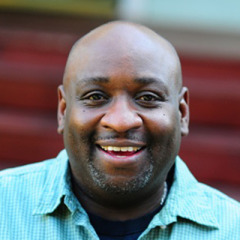 Yesterday’s decision not to prosecute the officer that killed Eric Gardner is deeply hurtful. It further sends a message that my life and the life of my sons and family don’t matter. I find myself still looking for the system to work for me and for black men but, after continued disappointment, I am now convinced it won’t work for me, nor my sons. It is with extreme pain that I speak these words. May God take this pain and one day change it to joy–but for today it just hurts. 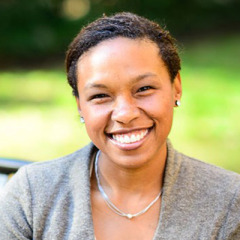 Trillia Newbell | Consultant for Women’s Initiatives for the ERLC and author of “United: Captured by God’s Vision for Diversity”

If it weren’t for the video, we may not know the full scope of what happened in the Eric Garner situation. But because of the video, we have the gruesome details of an unjust death. We can’t look away, and it is horrifying. No one can deny that there is something not right about this. One thing that has come out of this situation–and over the past few years with all of these cases–is that we can all see there is still a race issue in this nation that cannot be ignored. It’s not just a black issue. We all need to be involved in talking about the struggles our nation is continuing to go through. So this validates concerns that many of us already had. We knew that there was racial tension and that America has not “arrived,” even 50 years past the Civil Rights Movement. 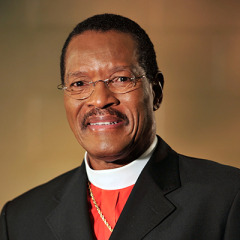 I watched, as did most of America, first the video of the incident, then the report of the Grand Jury in the Eric Garner case. I am saddened by the decision of the Staten Island grand jury to not indict New York City police officer Daniel Pantaleo. With no indictment and to hear and see Eric Garner, a father and grandfather, placed in a banned choke hold and repeatedly say “I can’t breathe” takes us back years in the struggle for equal justice.

We must find a way, through God’s help, to continue the work of emphatically telling everyone that will listen that, “Black Lives Matter!”

I am asking those who know the value of prayer to pray for his widow, Mrs. Esaw Garner, his mother Mrs. Gwen Carr and the entire family during this time. 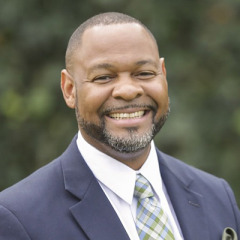 Based on on the events surrounding Eric Garner, I’m reminded that we are in a reality of sinful, broken people and sinful, broken systems. And these have a more damaging effect in under-resourced, predominately African-American communities. This causes deep grieving in my heart. The church is held more captive to the matrix of race and political sound bytes than we’re ready to admit, and we have to allow God to liberate us from that. It is important for the church right now to be a vehicle of reconciliation, compassion, and justice. 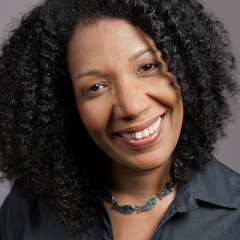 Lisa Sharon Harper | Senior Director of Mobilizing for Sojourners and co-author of “Forgive Us: Confessions of a Compromised Faith”

The morning after George Zimmerman was acquitted I woke up in tears. It was striking to me that because of the proliferation of Stand Your Ground laws across our nation, and the way they are embedded in jury instructions now, we are living in a pre-1964 Civil Rights Act world—a world where legal loopholes allow inequitable racialized outcomes—outcomes that allow black lives bearing the image of God to be crushed without recourse. I woke up in tears that morning. That was a year and a half ago.

When Eric Garner died I wept, but hoped he would receive justice. It was on tape, after all, and New York is not a Stand Your Ground state. When John Crawford III died, I wept, but I had hope because Ohio is not a Stand Your Ground state. When Michael Brown died, I wept and then I could not sleep because another kind of wickedness began to reveal itself. Corruption within the “justice” system itself….As pundits predicted, the grand jury came back and pronounced “no bill” (aka no trial).  Then two days ago, it was revealed that New York prosecutor Dan Donovan copied McCulloch’s precedent in the case against the killer of Eric Garner, Officer Pantaleo, and got the same result: no indictment (no trial).

I have been raw for the past two days; weepy—able to break into tears at the thought of it. Here’s why: This is worse than 1964. At least when Michael Schwerner, James Chaney, and Andrew Goodman were killed by police officers in Mississippi in June of 1964, there was a trial. Yes, it was a kangaroo court, but there was at least a trial. [tweetable]I feel gut punched. Our system is telling me: the image of God within black lives does not matter.[/tweetable] 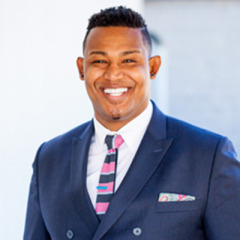 Leonce Crump | Pastor of Renovation Church and author of “Renovate”

Ramsey Orta is a name that many are likely unfamiliar with. He is the kid who filmed the horrific death of Eric Garner at the hands (literally) of officer Daniel Pantaleo. The video is vomit inducing….Yet video evidence of an officer using a banned maneuver to subdue a pleading man, which ultimately leads to his death, is not enough to at least bring this officer to trial. And simultaneously, in an ironic turn of events, the young man, Ramsey Orta, is weeks later indicted by a Staten Island Grand Jury on a weapon charge. The kid who shot the video of Eric Garner was indicted. The officer that choked Garner to death was not. I can’t rationalise this. Possessing a .25 calibre gun is indictment worthy, but a lost life isn’t?

Can it be more terribly ironic that three men cross paths in one tragic event, and the only one that ultimately walks away without penalty is the one who took a life? What message does this send? What emotions does it conjure?

I can say for myself that  this make me feel low. It makes me question my worth in my nation, though I know the biblical truth of my ultimate worth. It eats at me, and creates fear. I’ve had an officers draw a gun on me, and I left the altercation fearful, hurt, and angry, but without any formal charges. What stops the next interaction from going south and me, the pastor, educated, transcultural, non “thug”  African-American from ending up being listed as a tragedy of an officer “performing his duty?” I’m not sure. I’m grieved. I’m hurting. I’m tired of crying. I’m praying. I’m hoping that my Christian brothers and sisters will stand with me instead of try and rationalize my pain. 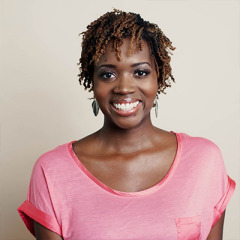 I work with words everyday but the past few months of the needless deaths and subsequent jury decisions that brought no justice have left me without adequate words to describe the pain, anger, frustration, worry, hurt, and sadness that these events bring up in me. I worry for my future brown children. I am frustrated that the same warnings my grandmother gave her sons to try and protect their lives from racism and Jim Crow, we may have to give our sons in a time we hoped there would be nothing like Jim Crow. It is a difficult time that brings up layers of experience and emotions that no one wants to feel, but we do. I hope to channel these feelings and use my voice and resources to join the many people who are speaking out, standing up, and standing together in community. I hope to be a part of the change.