Oh NO. Just checked my privilege. Turns out I’m a white heterosexual male. http://t.co/3I1J1dWRrq How can I atone? Hair shirt? Flagellation?

He then retweeted a number of mocking replies:

@RichardDawkins Me too. I’m offended when I look in a mirror. — John Kapa (@IAMJohnKapa) November 8, 2014

@RichardDawkins You also have two eyes. Please apologize for that. It’s offensive to people who don’t. — InYourFaceNewYorker (@InYourFaceNYer) November 8, 2014

@RichardDawkins Also, Richard, you still have hair. Many people your age don’t. Check your privilege on that! NOW! 🙂 — InYourFaceNewYorker (@InYourFaceNYer) November 8, 2014

Of his retweets, this was perhaps the most revealing:

@RichardDawkins Are there any limits to the lunacy of these people?

Does Dawkins really consider the idea of raising awareness about the advantages experienced by particular groups a form of “lunacy”?

Through interviews and guest pieces, I’ve been trying to make more of an effort to host voices in this column that offer perspectives on issues I’m less equipped to address. One recent voice was Sincere T. Kirabo, a Board Member with Black Nonbelievers, who offered the following definition of privilege:

Privilege refers to the myriad of social advantages and benefits associated with being a part of an in-group. Said benefits exist, whether or not one has earned them or consciously vied for them. Almost universally, privilege is something conferred upon one without them having any say in the matter. Thus, when announcing the existence of privilege, it isn’t about shaming someone or pointing an accusatory finger. It’s about awareness and deflating inequality.

Today’s piece is not intended to explore privilege in depth or explain why people should address it—there are many such pieces out there written by people far more capable and qualified. Per Kirabo’s definition of privilege, this post is also not intended to shame or accuse. Instead, I want to ask a genuine question: Why are some atheists like Dawkins so willing to be critical of widely accepted religious ideas, but seemingly less willing to extend that critical lens to the broader cultural ideas that perpetuate disparities between groups? 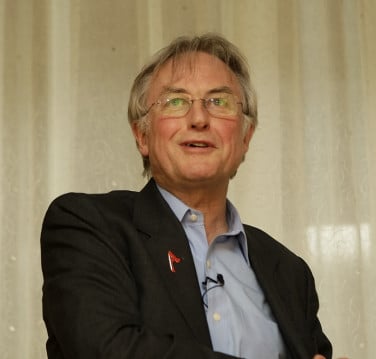 I don’t mean to suggest that people shouldn’t question or criticize particular claims about privilege, or disagree with some of the ideas or tactics of certain activists or institutions. Reasonable people can disagree about strategy or look at the same information and come to different conclusions.

But I don’t understand how self-identified skeptics can altogether dismiss discussions about privilege—or react against them with the kind of overt hostility demonstrated by Dawkins.

Eight years ago, reviewing Dawkins’s The God Delusion, I argued that one of the book’s central flaws was that Dawkins “doesn’t quite seem interested in understanding the beliefs of people who aren’t Richard Dawkins.” What if that’s still the problem, just translated from religion to a wider range of social issues?

When it comes to social issues, it does seem as if Dawkins has shelved the curiosity that drove him to become one of the world’s most prominent biologists, science communicators, and religious critics.

One of the benefits of white privilege is that, without a willingness to curiously and critically examine it, those who have it don’t really have to talk about it or even think about it—which means that combatting its influence must be an active process.

For me, this has involved many wrong turns; times I’ve engaged in generalizations or been unaware of my own advantages and biases. But I strive to apply my skepticism to my own assumptions as much as possible—and one such assumption is the idea that the opportunities I’ve had are merely the result of my hard work and skills.

I began to better understand that this wasn’t the full story in high school, when I worked with homeless and at risk LGBT youth. There, I noticed that queer people of color regularly faced burdens and struggles I’d never experienced as a white queer person.

My awareness increased when I began volunteering several days a week at a Somali community center in Minnesota, and again when I spent a year coordinating an after school program in Chicago where I worked almost exclusively with Black youth.

In these contexts I heard story after story about experiences of discrimination, both overt and subtle—gradually realizing why it was that I, a white person, had never faced their particular challenges. I started becoming more skeptical about my own opportunities and biases.

Today, I continue to learn from the work of friends and activists who challenge my assumptions and advantages. But it takes constant work.

As an atheist, I recognize that sometimes the explanations we’ve inherited aren’t correct. As a Humanist, I believe that it is up to humans to address human problems. Social imbalances and inequities are human problems, and the explanations for their root causes are often less obvious and more insidious than they seem.

As more people take a hard look at the systemic racism that enabled the deaths of Michael Brown, Tamir Rice, Eric Garner, and many others, it’s important that we take the idea of privilege seriously. So I’m disappointed by the dismissive attitude of Dawkins, one of the most visible atheists and skeptics in the world.

[Some prominent atheists] could do with a dose of humility made possible by a recognition that life is uncertain… White privilege has a lot to do with feeling certain, secure, safe. If atheists want to really tackle such longstanding problems and challenges, then they’d start off well by adopting a brand of atheism or Humanism rooted in uncertainty.

Dawkins and others have already demonstrated that they’re not afraid to direct their skepticism toward religious ideas. But the freethinking spirit they strive to embody and promote can’t be limited to this one area. Instead of dismissing conversations about privilege, perhaps they should strive to listen more—and feel a little less certain.