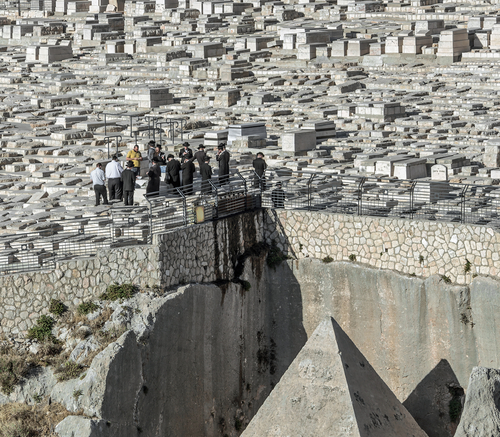 Tomb Of Zechariah in an ancient Jewish Cemetery in Jerusalem on May 26, 2013.
December 10, 2014
Michele Chabin

Tomb of Zechariah in an ancient Jewish cemetery in Jerusalem on May 26, 2013.

JERUSALEM (RNS) Two Jewish burial societies have agreed to not separate women from men during funerals unless the family of the deceased explicitly requests genders segregation.

The agreement, reached under the auspices of the Jerusalem District Court, followed a petition filed against the burial societies, known as Chevra Kadisha in Hebrew, in the cities of Jerusalem and Rehovot.

Until now, the burial societies in Israel have ignored 2013 directives from the Ministry of Religious Affairs and the attorney general banning gender segregation in cemeteries.

The burial societies, composed of ultra-Orthodox Jews whose strict interpretations of Jewish law prohibit most interactions between unrelated men and women, said they were following the precepts laid down by their rabbis.

Under the agreement, which is pending the approval of Israel’s attorney general, electronic signs with the words “Men” and “Women” will be brought to the nation’s cemeteries but will be turned off unless a family requests a separation.

Orly Erez-Likhovski, head of the Religious Action Center’s legal department, said the agreement “is part of a larger effort to ban the segregation or exclusion of women in public places, such as public buses and medical clinics.”