This week, two atheists are debating whether or not “atheist fundamentalists” exist. Today’s contribution is by James Croft, a leader in training at the Ethical Society of St. Louis. The views expressed in this piece do not necessarily reflect those of his employer. Below, Croft argues against the idea of “atheist fundamentalism.” Click here for Sarah Jones’s perspective, and share yours in the comments.

A 2009 bus ad in Toronto with the slogan, “There’s Probably No God. Now Stop Worrying And Enjoy Your Life.” Photo via Wikimedia Commons.

Since soon after the “New Atheists” spurred a resurgence of outspoken atheist critiques of religion and religious beliefs, atheists have been dogged with complaints that they are just as bad as the fundamentalists they oppose.

To some degree I understand the charge. There is dogmatism in the atheist community for sure, some of which is particularly strong among the most fervent advocates of the atheist position. (A 2013 University of Tennessee study found that “anti-theists” score highest on dogmatism.)

This is unsurprising: atheists are human beings, and all human beings and groups are susceptible to dogmatic modes of thought. In a highly religious country like the United States, where atheists are politically marginalized routinely denigrated, atheism can become a core part of someone’s identity. This leads some to respond to challenges to atheism as if they are personal attacks. I have met individual atheists who seem as closed-minded as some fundamentalists.

But “fundamentalism” is a more specific and more limited term than “dogmatism.” To be a “fundamentalist” one must adhere closely to a set of core principles agreed upon by a community of belief, usually drawn from scripture—the “fundamentals.” The original “fundamentalists” were Christians who came together at the start of the Twentieth Century to assert the “five fundamentals” of Christian belief, hence the name.

Atheists—even the most dogmatic—do not have a set of scriptural texts from which to draw such fundamentals. There are no “five fundamentals” of atheism, and any attempt to create them would end in abject failure as the atheist movement tears them to pieces.

This is because atheism itself—the simple disbelief in any gods—implies no particular value-set. Attempts to infuse the atheist movement with a set of common values like “Atheism+” demonstrate just how fractious the community is: they provoke huge disagreement, rather than coherence around a central set of doctrines. Figures like Richard Dawkins and Sam Harris—seen by atheist movement outsiders to be “leaders”—are routinely criticized by other atheists. We have no scripture from which to draw fundamentals, so how can we be fundamentalists?

The article by W. Hunter Roberts that Chris links to in his introduction to these posts provides a clear example of this phenomenon. It begins:

“’I don’t believe in God,’ he said looking up from the menu. Was he challenging me because he knows I’m a Christian minister, I wondered?… Was he intentionally being aggressive?”

Consider how intolerant this reaction is; how immediate, how judgmental. The mere words “I don’t believe in God” are a potential aggression. This is a reaction of someone with religious privilege, unused to having her assumptions about the world challenged. If your response to hearing someone say “I don’t believe in God” is to consider it an attack on your own beliefs, the problem is with you—not with any “fundamentalist atheism.” Imagine if I took every expression that someone is a Christian as a potential affront to me. How ridiculous would that seem? Yet atheists put up with this reaction all the time.

That the charge of “atheist fundamentalism” is frequently a fig leaf for distaste of atheism in general is clear in the way the term is used by enormously powerful religious individuals to push their own agendas. The Archbishop of Wales, for instance, once decried “atheistic fundamentalism” for, among other things, wanting public hospitals to not assume all of their clients are Christian, and wanting public schools to respect the religious diversity of their students. To the archbishop, the desire of atheists to be equal is “atheist fundamentalism.”

This nefarious use of the term reveals the charge of “atheist fundamentalism” for what it sometimes is: A weapon to marginalize critique of religion and the religious, and to maintain a status quo in which religious viewpoints, practices, and communities are privileged over nonreligious ones.

I understand the desire of some religious people to hit back against what seems to them—and what sometimes really is—unreasonable and unfair criticism of their faith tradition. I understand too the desire of many atheists to improve the quality of discourse within our own community, so that we become more thoughtful, precise, and kind in our critiques of religion. But the term “atheist fundamentalism” is always inaccurate and often harmful. We should find clearer terms. 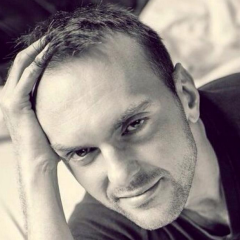 James Croft is a leader in training at the Ethical Society of St. Louis and coauthor of the upcoming book The Godless Congregation. A graduate of the Universities of Cambridge and Harvard, he is currently finishing his Doctorate at the Harvard Graduate School of Education, where he studies the philosophy of human development and education.