Whenever I do one of these “best of” lists I always try to say that it’s impressionistic and not exhaustive. Lord knows I haven’t read all of the Mormon books that have been published this year. But here, in no particular order, are seven 2014 offerings that have stayed with me — books that contributed to, or are even changing the course of, current conversations about Mormon life. 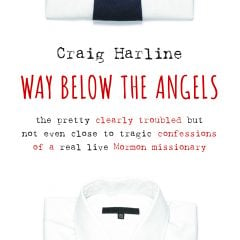 Funniest memoir: Craig Harline’s hilarious, honest, and self-deprecating Way Below the Angels: The Pretty Clearly Troubled but Not Even Close to Tragic Confessions of a Real Live Mormon Missionary (Eerdmans) is one of my favorite books of the year.  Harline’s experiences as a Mormon missionary in Belgium in the mid-1970s are ingeniously funny, but they also point to important issues: how religious people deal with apparent failure and navigate grown-up faith after childish certainties have proven inadequate. (Click here for an interview with Craig Harline about how Mormons handle “mission failure.”) 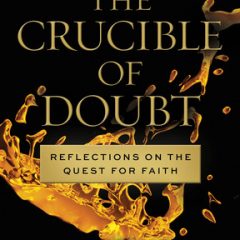 Gentlest consolation literature: On this blog we spent five weeks reading The Crucible of Doubt (Deseret Book) and discussing it together. I’ve never allotted that much time to a single book before, but that’s how impressed I was by the loving, reflective guide to doubt and Mormon questioning that Terryl and Fiona Givens offered readers. This book (and the many firesides and events related to it) is opening new avenues in how Mormons speak about doubt. The fact that it was released by the Church’s official publishing house is a good sign of greater frankness. 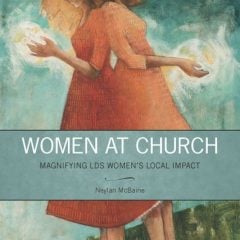 Most influential book about women in the Church: It’s been a rough year for Mormon feminists, but for me one bright spot is a growing contingent of moderate voices that are pushing for incremental change. They aren’t advocating for priesthood, but recommending many administrative and policy changes that can empower women without changing doctrine. Neylan McBaine’s book Women at Church: Magnifying LDS Women’s Local Impact (Greg Kofford Books) is breaking ground in this area. As a manual for grassroots change at the local level, I hope it will be read by many who support a stronger role for women even if they aren’t comfortable with more radical change. 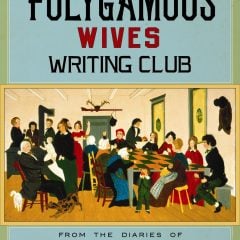 Grittiest narrative about polygamy: It’s clearly been a banner year in the Harline family, because this absorbing book based on the diaries and letters of 19th-century polygamous wives is by Paula Kelly Harline, who is married to the memoirist Craig. What I liked most about The Polygamous Wives Writing Club (Oxford) was its effort to let ordinary women speak for themselves. These aren’t the women you’ve heard of from church history, the Relief Society presidents and wives of general authorities. These are just ordinary folks for whom plural marriage was often an emotional and financial trial. It’s especially interesting to see how their real-time diaries compare to, say, their end-of-life summations of past events (which are often filtered through rose-colored glasses). 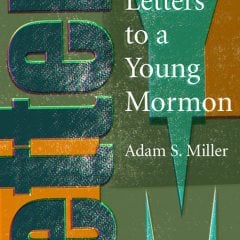 Wisest Dear Abby book for Mormon Millennials: Don’t be misled by the hideous cover to this brief epistolary jewel by Miller, a professor in Texas. That old adage about not judging a book by its cover has never been more true, because this series of short letters to a hypothetical young Mormon is outstanding and so worth your time. Arranged around topics like sin, scripture, agency, prayer, and the temple, the book offers friendly guidance from a fellow pilgrim who nimbly balances faith and doubt. I love that it is theologically informed but written accessibly, with a pastor’s heart. 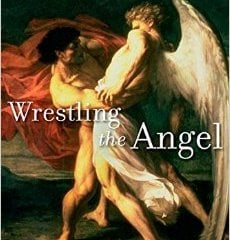 Most pioneering book on Mormon theology:  Does Terryl Givens ever sleep? His new book Wrestling the Angel: The Foundations of Mormon Thought: Cosmos, God, Humanity (Oxford) is not written for a general audience like The Crucible of Doubt. But if you are up for an enlightening scholarly tour of Mormon beliefs and how they have (or haven’t) changed over time, take the time to read this. Mormons have long staked a claim to having no theology, or at least no creed. This book shows that not only do we have a theology, it is a glorious one. 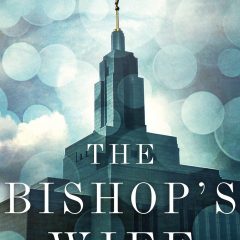 Most gripping suspense novel: I won’t spend much time on this one since I just ran an author interview about it yesterday, but don’t start reading Mette Ivie Harrison’s new mystery The Bishop’s Wife  (Soho Press) unless you’re prepared to stay up late to finish it. It’s that riveting.

Here’s to looking forward to the second installment of Harrison’s series in 2015 — and a whole new crop of other Mormon books for me to read. Happy New Year!