I started writing my ‘Faitheist’ column at Religion News Service in December 2013, so the bulk of my pieces here appeared in 2014. Looking back on the last year, it’s very interesting to see what resonated most with readers.

10. The ‘War on Christmas’ is actually a war on atheist voices From a 2013 appearance on “The O’Reilly Factor.” Image via YouTube screengrab.

The last week of 2014 was busy around here. My second-to-last post of the year snuck in at number 10 for the year (and my last post of the year went even higher). This piece looks at how the ‘War on Christmas’ doesn’t actually represent the views of most atheists, and how the stories that Fox News and other networks choose to tell about atheists promote a harmful narrative:

I’ve only ever been invited to Fox News to talk about the so-called ‘War on Christmas.’ But there are so many other stories they and other networks could be covering. Why aren’t they reporting on the positive contributions of atheists and agnostics, like the newly launching Humanist Service Corps? I’d love to see Bill O’Reilly invite atheists on to talk about those things, instead of an imaginary “War on Christmas.” Until he does, the “War on Christmas” feels a lot more like a war on the voices of most atheists.

9. Gay and nonreligious in a Republican state, Rep. Brian Sims puts his faith in humanity 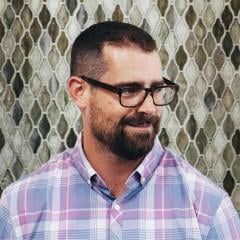 Pennsylvania state Representative Brian Sims—who first received national attention after becoming the first openly LGBT legislator to be elected in his state—spoke with me about being openly nonreligious in a nation where most elected officials pledge allegiance not only to country, but to God:

“I’m the only elected official in Pennsylvania that didn’t have to set foot in a house of worship to get elected… For the last ten years, if someone has asked, I’ve said my faith is in humanity.”

8. Giving Humanism a voice: An interview with Stephen Fry 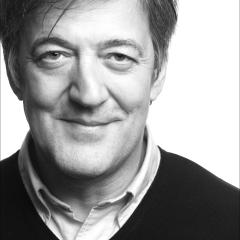 Actor, comedian, author, and activist Stephen Fry told me about why he narrated an excellent video series on Humanism for the British Humanist Association, and how Humanism informs his approach to life:

“Humanism is an approach to life which encourages ethical and fulfilling living on the basis of reason and humanity, and rejects superstition and religion. The most immediate impact of living as a Humanist is that we believe this life is all there is—so what we do and the choices we make really count.”

7. Yes, atheists can be fundamentalists 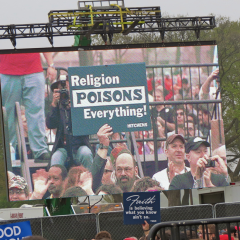 (Jones’s post was part of a debate; James Croft argued the opposing side.)

6. ‘Year without God’ pastor: Why I’m no longer a believer 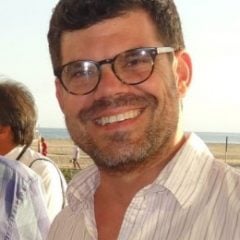 My last column of 2014 was an interview with Ryan Bell, the Christian pastor who spent 2014 living as an atheist. In the final week of the year, he told me why his ‘year without God’ isn’t ending—and what he will do now that he is an open nontheist:

“I don’t think I’ll be joining a crusade to destroy all religion anytime soon, though some days I’m tempted. I just know too many good people of faith to see religion as any kind of universal evil. But I do think that there is much work to be done with and among atheists.”

5. Brad Pitt and Angelina Jolie: Did they have an atheist wedding? 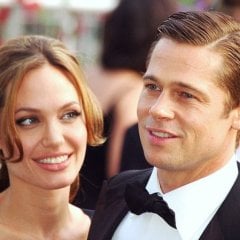 Angelina Jolie and Brad Pitt at the Cannes film festival in 2007. Photo by Georges Biard, via Wikimedia Commons.

Angelina Jolie and Brad Pitt’s August wedding may have inspired a tabloid frenzy—but it also inspired me to reflect on atheist weddings:

You may not care about Pitt and Jolie specifically, but the wedding between two very high profile atheists raises an interesting question for some: What exactly happens during a wedding ceremony for two atheists, agnostics, or otherwise nontheistic people? … Whatever their ceremony was like, I hope that Pitt and Jolie felt that it was a sincere representation of their love for one another and the other people in their lives. But beyond that, I hope their wedding will be an opportunity for all of us to acknowledge the many ways in which people celebrate love—atheists included.

4. Barney Frank: Why I didn’t talk about my atheism while serving in Congress On the day he was named 2014 Humanist of the Year by the American Humanist Association, I spoke with former Congressman Barney Frank of Massachusetts about why he didn’t reveal his nontheism sooner and what his experience was like as a nonbelieving elected official:

“When I took the oath of office, I never swore and said, ‘So help me God.’ But members of the House take the oath en masse, so nobody noticed.”

3. Jessica Ahlquist looks back — and ahead — 2 years after Ahlquist v. Cranston In 2012, 16-year-old Jessica Ahlquist was a plaintiff in Ahlquist v. Cranston, which successfully challenged the presence of a “School Prayer” banner at her high school. Ahlquist’s involvement in the lawsuit made her the target of vicious harassment, but her story also touched a great many people. Two years after her legal victory, I spoke with Ahlquist about what she learned and how her life changed:

“I will admit that the biggest change for me personally has been my attitude about life. During the case, especially with all of the hate and threats, I became extremely depressed and negative. Today I have much more love in my life and it has certainly helped me let go of the sadness. It has been difficult to get to this point. Throughout the lawsuit I felt as though I would never feel or be normal again—and I suppose my life will never go completely back to the way it was because my experiences have not only changed my life forever, but they have also changed me as a person.”

2. As atheist TV characters increase, here are 5 of the best Gillian Jacobs speaking at the 2012 WonderCon in Anaheim, California. Photo by Gage Skidmore via Wikimedia Commons.

Apparently, a lot of people like lists and television (and clearly I’m one of them). Inspired by the rise of atheist characters on television, I offered my picks for the five best—from Piper Chapman of Orange Is the New Black to my favorite, Britta Perry from Community (coming soon to Yahoo!):

Her friends may use her name as a synonym for screwing up, but Britta (played by Gillian Jacobs) is truly the earnest, justice-oriented core of Dan Harmon’s hilarious and heartfelt Community. While she’s every bit as flawed as her study group friends, she’s also an endearing and ultimately winning atheist presence on one of network TV’s best-reviewed shows. This was far and away the most read ‘Faitheist’ piece of the year. Responding to a number of prominent atheists who have equated religion with mental illness, I consulted with Miri Mogilevsky and David Yaden and compiled five reasons atheists should avoid this problematic parallel. I truly appreciate how many of you engaged with this piece, and am glad that it contributed to a vital conversation about the harmful way some atheists talk about religion and religious people:

Calling religion a form of mental illness as a way to insult believers is not only crude and wrong—it also contributes to a culture that marginalizes people with mental illness and defines them solely by their illness. Atheists, agnostics, and Humanists should actively promote dignity for all people and strive to challenge dehumanization, rather than contribute to it. 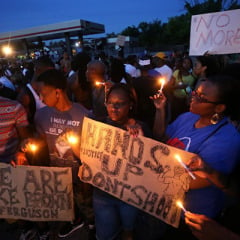 Left to right, Keith Lovett, Melik Smith, Victoria Smith, Linda Smith and Antonio McDonald, hold candles during a gathering of people at the QuikTrip in Ferguson, Mo., on Thursday (Aug. 14). For use with RNS-FERGUSON-VIGIL, transmitted on August 14, 2014, Photo By David Carson, courtesy of St. Louis Post-Dispatch

While they didn’t make the top 10, other popular posts included pieces on Louis CK’s comments about atheism, Carl Sagan’s Humanism, family conflict and the Bill Nye-Ken Ham debate, wrongheaded efforts to replace feminism with Humanism, a friend who thinks I’m probably going to Hell, atheists songs and books you may have missed, the biggest misconceptions about atheists, atheists and Ferguson, homophobia and sexism among atheists, how people misidentify the ‘Nones,’ the first university-funded Humanist staff position, Tim Lambesis and atheism, a proposed book comparing belief in God to an abusive relationship, why Millennials are leaving religion, Ayaan Hirsi Ali and free speech, why people should stop calling atheists ‘immoral’ and believers ‘stupid,’ reactions to Saudi Arabia classifying atheism as a form of terrorism, Richard Dawkins and privilege, whether or not atheists can be spiritual, atheism in the Air Force, atheist arguments about gay pride, and the missing voices from the Bill Maher and Ben Affleck debate about Islam—as well as interviews with Frans de Waal, James Woods, Maria Greene, Rebecca Goldstein, Gretta Vosper, Monica Miller, Philip Kitcher, Karen Stollznow, Anthony Pinn, Kayley Whalen, Morgan Spurlock, Alom Shaha, Melanie Brewster, and Nick Sagan.

Want more atheism from 2014? I invited a panel of atheist activists, scholars, and writers to submit their choices for 2014’s top stories in atheism. 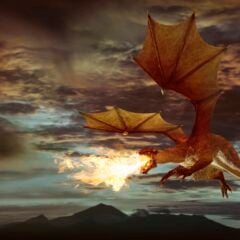 Religion Hub
Terrifying dragons have long been a part of many religions, and there is a reason for their appeal