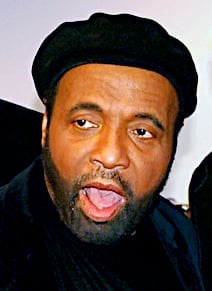 (RNS) Andrae Crouch, a Grammy-winning gospel composer and singer whose music remains a staple in many church hymnals, died Thursday (Jan. 8). He was 72 and had been sick for many years.

Among his most well-known compositions is “My Tribute,” whose chorus begins “To God be the glory.” Others include “Take Me Back,” “Soon and Very Soon,” “Jesus Is the Answer” and “Through It All.”

“Even to this day, this generation doesn’t have any idea that some of the songs they sing every Sunday in church are songs Andrae Crouch wrote,” said Bil Carpenter, author of “Uncloudy Days: The Gospel Music Encyclopedia.”

Crouch, an African-American artist, was unusual in that his music became popular in white churches first and later among black audiences, Carpenter said.

Though best-known for his decades of pioneering work in the contemporary gospel music industry, Crouch also contributed to secular music projects, including recordings by Madonna and Michael Jackson and movie scores such as ”The Lion King” and “Free Willy.” He collaborated with Quincy Jones on the movie soundtrack for “The Color Purple.”

“Secular artists wanted him to come in because they figured, if I want a choir sound, who better than Andrae Crouch?” Carpenter said.

Crouch broke with his denomination’s tradition in 1998 when he decided to ordain his twin sister, Sandra Crouch, and name her co-pastor with him of their suburban Los Angeles church, New Christ Memorial Church of God in Christ.

“I just believe that God’s agenda has no gender,” Crouch told Religion News Service at the time. He had become pastor of the church in 1995 after his father and brother, the founding and subsequent leader of the congregation, had died.

On Thursday, the COGIC website included a tribute to Crouch: “Thank God for the Extraordinary Life and Awesome Legacy of Pastor Andrae Crouch. He touched many lives with his God-given gifts that he used for God’s Glory. We are praying for his family, his friends and all who mourn the loss of this Gospel Music Legend.”

Crouch appeared at a joint crusade of Billy and Franklin Graham in 2006 in Baltimore, where he performed “Soon and Very Soon,” “Take Me Back” and “Jesus Is the Answer.”

One of his first songs, “The Blood Will Never Lose Its Power,” was nearly omitted from the many hymnals where it appears today. He recalled in a 2006 interview how the words “The blood that Jesus shed for me” came to him and he started writing them down.

Sandra Crouch, his sister and longtime collaborator, rescued it and it became a staple of church Communion services.

The two started small, performing in Andrae Crouch and the Disciples, traveling in a van and selling records from the back of it. Eventually his group performed internationally and he won seven Grammys for his work as a soloist and with others.

“His crossover appeal — it just took him worldwide,” said David Gough, president and founder of the International Gospel Music Hall of Fame and Museum in Detroit, which honored him in 2004.

Anthea Butler, professor of religious studies and Africana studies at the University of Pennsylvania, said Crouch was influential in the 1970s when churches were making the transition from gospel choirs to more individual soloists.

“He was right there on the cusp of all of that,” she said.

In 1996, contemporary Christian artists such as Michael W. Smith, CeCe Winans and Twila Paris sang some of his classics in a tribute album. Crouch had planned to be featured in the “Let the Church Say Amen Tour” in December, but it was delayed due to his illness.

He had survived throat cancer and was determined not to let cancer, which also took the lives of his mother, father and brother, defeat him.

His collaborations continued in albums he released in the last decade of his life. “Mighty Wind” was released in 2005 and featured contemporary gospel artists Fred Hammond and Marvin Winans. Crouch’s most recent album, “Journey,” was released in 2011 and reached No. 3 on Billboard’s Gospel Albums chart.

“He comes to many of our crusades, and it is always a high point,” Billy Graham once said of Crouch.

Featured on the talk shows of Johnny Carson in the 1970s and Arsenio Hall in the ‘90s, Crouch was honored in 2004 with a star on the Hollywood Walk of Fame.

In a tweet, the Rev. Jamal-Harrison Bryant of Baltimore’s Empowerment Temple said of Crouch: “the man who innovated the sound of gospel music has just been appointed choir director in heaven R.I.P.”