SALT LAKE CITY (RNS) The Mormon couples profiled on TLC’s “My Husband Is Not Gay” may find these statistics sobering: Marriages like theirs — same­-sex attracted men and straight women —are two to three times more likely to end in divorce than others. 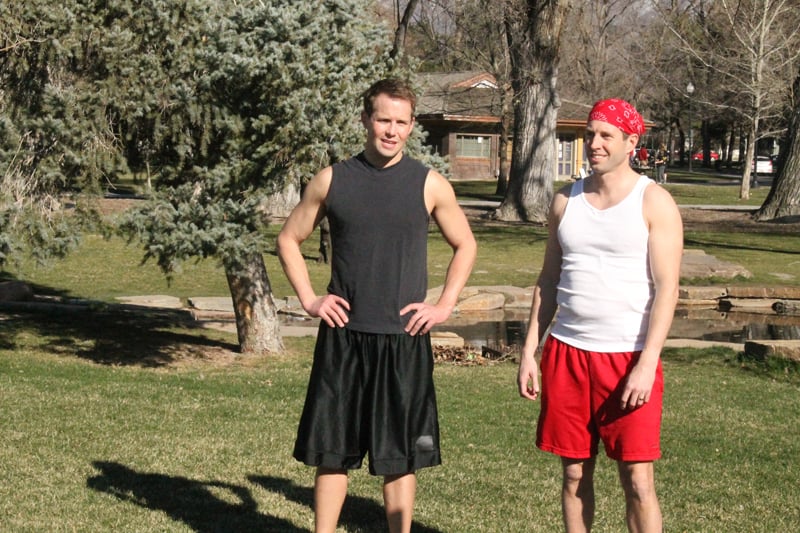 Prett and Jeff courtside during a scene from TLC’s new show “My Husband’s Not Gay.” Photo courtesy of TLC

That finding and others come from a newly released in­-depth survey of 1,612 self-­selected LGBT/same-­sex attracted Mormons and former Mormons, thought by researchers to be the largest study ever conducted with this population.

Rather than tapping a random sample, John Dehlin, a doctoral student at Utah State University, and Bill Bradshaw, a retired Brigham Young University professor, with help from Utah State’s Renee Galliher, solicited responses via various websites, including pro-­Mormon outlets such as North Star International and those more critical such as Dehlin’s own “Mormon Stories” podcast.

The study found that:

The process of finding respondents, known as “snowballing,” while not scientific, is a respected way to study certain issues and populations, Dehlin said. “We worked hard to avoid any bias.”

Others familiar with LGBT Mormons confirmed the results in their own research.

Kendall Wilcox, who has collected more than 300 narratives from LGBT Mormons and their families for his documentary film project, “Far Between,” also has noted that mixed­ orientation marriages are far more likely to fail than their counterparts.

Still, the study’s self-­selection, Wilcox said, “can skew the data.”

Those whose mixed­-orientation marriages ended experience “a kind of triple blame by their family and faith communities — first for being gay, then for having ruined the lives of their spouses and children by … marry(ing) in the service of trying to ‘overcome’ their homosexuality, and then finally for having failed in the marriage and ‘given up,’ ” he said.

On the other side, respondents who are “heavily invested in their (mixed-­orientation marriages’) success” want their perspective publicized, Wilcox said.

“Not only do they want their marriages to succeed for personal and religious reasons but they are also professionally invested in their propagation.”

The survey also concluded that many more LDS gays try “personal righteousness” efforts — prayer, fasting, church activity, temple worship and strict observance of the LDS health code — as a way to change their orientation than those who seek psychological interventions such as the discredited “reparative therapy.”

None of it worked, Dehlin said. “Zero percent of participants were able to eliminate same-­sex attraction.” And they were psychologically damaged by trying.

Though the LDS Church says being homosexual is not a sin, only acting on it is, the Utah­-based faith offers its gay members two options: Remain celibate or marry someone of the opposite sex.

The study characterized these members’ coping efforts in four ways: denial of their sexuality, rejecting their religion, compartmentalizing their sexuality and their faith or integrating the two.

The survey found — and Wilcox’s research confirmed — that the more Mormon and the more same-­sex attracted a person is (on the Kinsey scale), the more prone that person is to depression and suicide.

“The conflict is at its highest in these sorts of people,” Wilcox said.

The most psychologically healthy outcomes were experienced by those who could openly balance their faith with their sexuality, Dehlin noted. “But not many people can do it.”