(RNS) Chris Kyle, often described as the most lethal sniper in U.S. military history, wrote in his autobiography that he prioritized his life in the following order: God, country, family.

Both stories focus on the dramatic stories of warriors who died before the movie versions of their lives came out. Both “American Sniper” and “Unbroken” include an early scene of their families sitting in church. Both men struggle with substance abuse after returning from war.

And both films largely skirt the faith that Kyle and Zamperini said were key to their identity — and their survival.

As a Navy SEAL, Kyle reportedly recorded 160 kill shots during his four tours in Iraq. His story drew national attention after the release of his 2012 autobiography “American Sniper: The Autobiography of the Most Lethal Sniper in U.S. Military History,” which enjoyed a 37-week run on The New York Times’ best-seller list. 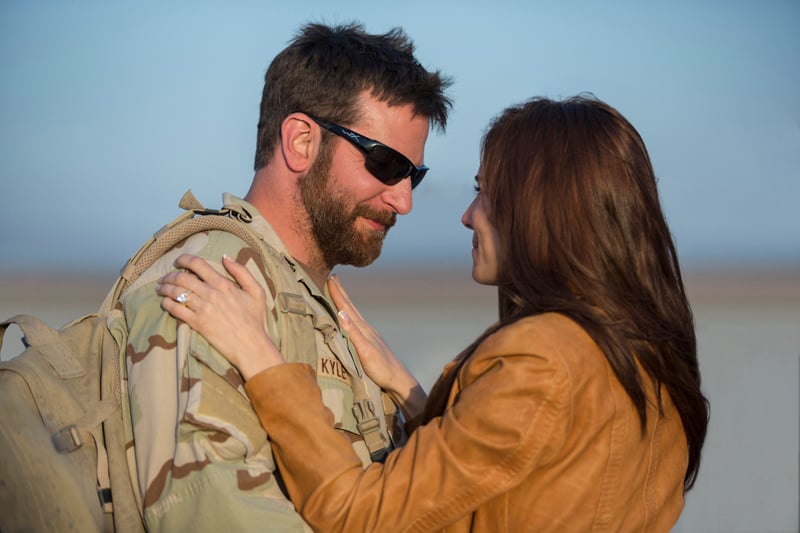 Kyle opened his book by probing the ethics of combat as he wrote about his first sniper shot, when he had to kill an Iraqi woman holding a grenade.

“My shots saved several Americans, whose lives were clearly worth more than that woman’s twisted soul,” he wrote. “I can stand before God with a clear conscience about doing my job. But I truly, deeply hated the evil that woman possessed. I hate it to this day.”

In the film adaptation, Kyle is visibly moved by his first shot and later mentions meeting his maker and justifying each shot he took. He writes that he spent a lot of time praying during difficult times.

In 2013, Kyle was shot and killed at a Texas shooting range; Eddie Ray Routh, a fellow Iraq veteran suffering from post-traumatic stress disorder, was charged in Kyle’s death and is scheduled to stand trial in February. Former Rep. Ron Paul, R-Texas, sparked a backlash after he tweeted a biblical reference: “he who lives by the sword dies by the sword.”

Kyle was no straight-laced Christian. His book is filled with profanities and stories of his family struggles. But faith is nonetheless woven throughout the book.

“I was raised with, and still believe in, the Christian faith. If I had to order my priorities, they would be God, Country, Family,” Kyle wrote. “There might be some debate on where those last two fall — these days I’ve come around to believe that Family may, under some circumstances, outrank Country. But it’s a close race.”

The God, country, family line is mentioned in passing in the film after another soldier asks Kyle if he believes in God. “There’s evil,” Cooper says.  “We’ve seen it.”

In the film, Kyle is shown putting his Bible in the pocket of his uniform.

“I’m not the kind of person who makes a big show out of religion,” Kyle writes in the book. “I believe, but I don’t necessarily get down on my knees or sing real loud in church. But I find some comfort in faith, and I found it in those days after my friends had been shot up. Ever since I had gone through BUD/S (SEAL training), I’d carried a Bible with me. I hadn’t read it all that much, but it had always been with me. Now I opened it and read some of the passages. I skipped around, read a bit, skipped around some more. With all hell breaking loose around me, it felt better to know I was part of something bigger.”

In his book, Kyle wrote about how his family shaped his faith during his upbringing.

“My family had a deep faith in God. My dad was a deacon, and my mom taught Sunday school,” Kyle wrote. “I remember a stretch when I was young when we would go to church every Sunday morning, Sunday night, and Wednesday evening. Still we didn’t consider ourselves overly religious, just good people who believed in God and were involved in our church. Truth is, back then, I didn’t like going a lot of the time.” 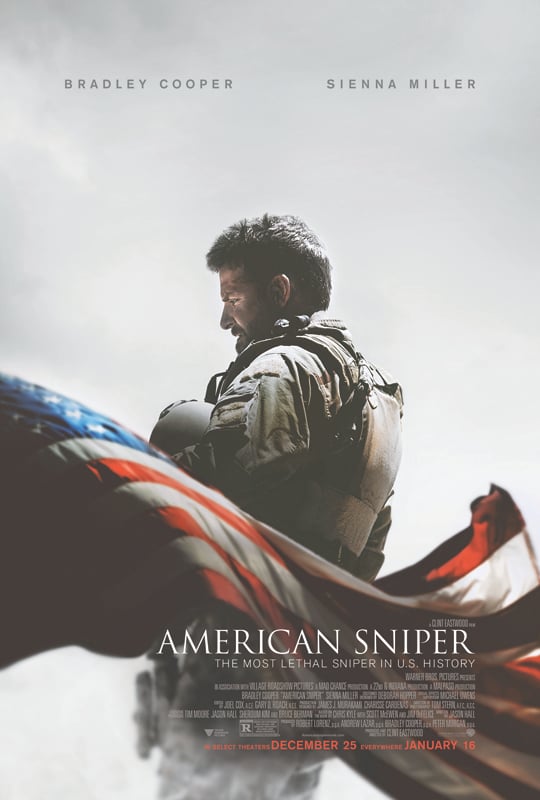 Islam is mentioned a few times in his book, though the faith doesn’t have a starring role in the film except when Kyle is asked to defend a shot after a wife claimed the victim was carrying a Quran. In his book, Kyle writes that he told an Army colonel: “I don’t shoot people with Korans. I’d like to, but I don’t.” The Muslim call to prayer appears twice in the film, but it doesn’t probe the differences between Sunnis and Shiites the way Kyle does in his book.

“I hated the damn savages I’d been fighting,” Kyle wrote. “I never once fought for the Iraqis. I could give a flying f**k about them.”

A 2013 New Yorker profile mentions Kyle’s faith as a deep motivator in his work: “Like many soldiers, Kyle was deeply religious and saw the Iraq War through that prism,” journalist Nicholas Schmidle wrote. “He tattooed one of his arms with a red crusader’s cross, wanting ‘everyone to know I was a Christian.’”

Stories of Kyle’s shootings earned him the nickname “Legend.”

“I don’t spend a lot of time philosophizing about killing people. I have a clear conscience about my role in the war. I am a strong Christian. Not a perfect one — not close. But I strongly believe in God, Jesus, and the Bible. When I die, God is going to hold me accountable for everything I’ve done on earth. He may hold me back until last and run everybody else through the line, because it will take so long to go over all my sins.”

Kyle also wrote that he didn’t know what would happen on Judgment Day.

“But what I lean toward is that you know all of your sins, and God knows them all, and shame comes over you at the reality that He knows. I believe the fact that I’ve accepted Jesus as my savior will be my salvation,” he wrote. “But in that backroom or whatever it is when God confronts me with my sins, I do not believe any of the kills I had during the war will be among them. Everyone I shot was evil. I had good cause on every shot. They all deserved to die.”

News
Jeff Chu on the daunting charge to finish Rachel Held Evans’ final book
Follow us on Facebook!
Submit your photos to RNS