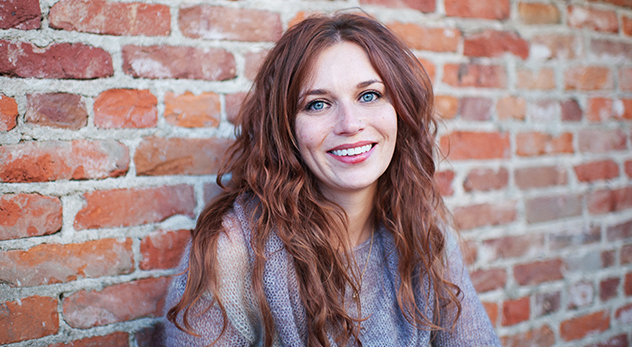 When Roxanne Stone was editorial director for RELEVANT, a popular Christian magazine, she was inundated with story pitches detailing intimate accounts of abortions and abuse, death and depression. Stone rejected most of them.

“There is power in sharing one’s life online, but there is even more power in sharing it with those you love.” she says. “It is possible to be authentic online and inauthentic in your real life. I didn’t want to enable that.”

Having learned these lessons at RELEVANT, Stone decided not to publicly divulge the details of her painful divorce during the last three years.

“Maybe sharing would have benefitted a lot of people. Plenty of others have chosen to do that,” says Stone, now Vice President of Publishing for Barna Group, a national research and polling company. “It was hard enough to walk through it with a few friends and wrestle through it myself. When you live it, you understand it in a way that is different than when you read it.”

The choice to keep such a struggle largely private is uncommon in a moment when so many are willing to share their life’s most intimate details online. From confessions about substance abuse to blow-by-blow accounts of marital struggles to admissions about the frequency of sex with one’s spouse, almost anything can be found online. Those who are willing to tear down the barriers to their personal lives are heralded as noble and authentic.

Religious personalities may feel additional pressure to share their secrets. Vulnerability has almost become a Christian virtue, and it’s tempting to create “viral” content to get noticed and increase one’s platform.

Katelyn Beaty, managing editor of Christianity Today, has witnessed this impulse among her fellow believers. 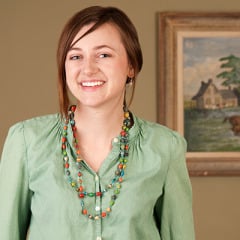 “In the Christian blogging and writing world way, we are perfecting the art of the vulnerable, too. Many of us have done so to build community, offer healing to others, and attest to God’s goodness in our lives,” Beaty concluded. “But now it’s time to examine whether our vulnerability has a clear purpose. If it doesn’t, it’s probably best to put our clothes back on.”

But some Christians are taking Stone’s approach, opting to save some of their private lives for those who truly know them.

“I’ve started having a change of heart when it comes to sharing our brokenness in public forums,” says Miller, author of Lean On Me. “Yes, there are hard truths that need to be spoken….But the bare-all culture that has progressed into our social media feeds sometimes exploit the brokenness instead of glorifying the Redeemer.”

Margaret Feinberg discusses her battle with breast cancer in “Fight Back With Joy.” She decided not to share most of the details with her large online readership. – Image courtesy of Worthy Publishing

When Margaret Feinberg, a popular Christian Bible teacher and author, battled breast cancer, she seldom updated  large online readership. Though she’s now shared some of her struggle in a new book, Fight Back With Joy, she still keeps much to herself and doesn’t plan to cheapen her story by giving it away in tweets and Facebook posts.

“One hundred days into my battle, my father received a cancer diagnosis too. This is too much for any family,” she says. “How do you share such heartbreak in a 140-character tweet? I didn’t think that social media was a healthy way for me to share with people, and I still don’t.”

As a religion columnist, I too have wrestled with what to reveal and what to guard. While I disclosed some of the details of my ongoing journey to understand my sexuality in my last book, Jesus is Better Than You Imagined, I had been having those conversations with my family and friends for nearly two years by the time it was published. Even now, I decline many interview requests on the matter.

“In a celebrity age, everyone feels they have a right to know about every intimate detail of everyone else’s life,” I wrote. “But often the ones who demand to know the most deserve to know the least.”

Not everyone feels similarly, choosing instead to offer their humanity like a raw Porterhouse to a pack of hungry Dobermans. They publish, blog, Facebook, and squeeze their most intimate anecdotes into bite sized tweets. Maybe they do this with the expectation of becoming famous-ish, or perhaps it is derives from a harmless hope of helping those who face similar struggles. Regardless, it is time Christians think more seriously about when, what, where, how and to whom we should share ourselves.

Such a re-thinking requires a difficult discipline Christians call “discernment”—an exercise comprised of prayer, wise counsel, spiritual listening, and reflection. The act is not bound by hard-and-fast rules but rather weighing the potential benefits of sharing against the likely affects on the well-being of the sharer and readers.

This can be an exacting posture to maintain because no one has written a comprehensive discernment user’s manual. The Bible offers some helpful principles to guide one in such a pursuit, but it doesn’t resolve the finer edges. Though we may yearn for a handbook to navigate life, discernment requires figuring it out in real time. The act of discerning is less like solving a math equation and more like wrestling a crocodile. Mistakes are certain.

Miller says discerning whether to speak or stay mum requires practicing the art of spiritual listening: “As I listen to God’s voice and seek guidance I find more often than not that it should be kept close to my heart, shared with those who are nearest and dearest to me. Sometimes small moments of grace leak out online, but being obedient and wise in how we share is far more important than what we share.”

Stone and Feinberg and Miller and Beaty are right. Some experiences and details shouldn’t be for sale, no matter how high the bidding gets. Take it from someone who has overshared more times than I’d like to admit, think twice before you hit “submit.” [tweetable]Often the best way to open one’s heart is to close one’s mouth.[/tweetable] 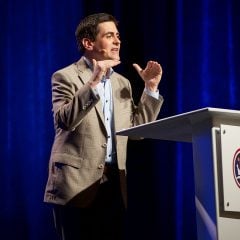