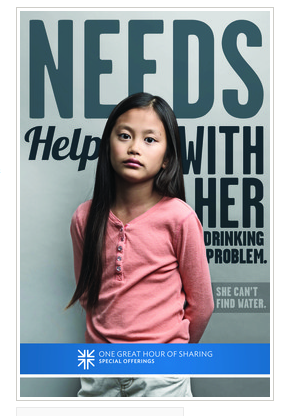 Screenshot of an ad campaign photo created by The Presbyterian Church (USA), which is being revamped after it was blasted for being culturally and socially insensitive.

(RNS) The Presbyterian Church (USA) is scrapping an ad campaign for the needy after it was blasted for being culturally and socially insensitive.

Linda Valentine, executive director of the Presbyterian Mission Agency, said a redesign has begun and the new campaign should appear in February.

“We made a great misstep,” she said. “We acknowledged that the materials not only perpetuated offensive racial stereotypes but were insensitive to struggles with addiction that are real struggles and many of our churches and many of our ministries are working with those very people.”

Among those objecting to the original plans was the Rev. Bruce Reyes-Chow, who is of Chinese/Filipino descent and served as moderator of the denomination, which is about 90 percent white.

“I am all for creativity, playfulness, and even well-placed snark, but, I’m sorry, this misses the mark — big time,” he wrote in the comments about the online announcement. “While we do some very good things, I am really disappointed that my denomination is going through with this offering campaign.”

The PCUSA controversy follows other cases where religious publishing decisions have caused offense.

In a formal apology last week, Samuel Locke, director of special offerings, said a “variety of Presbyterians” would be involved in the redesign: “You spoke. We are listening. We plan to revise the campaign.”

It cost $65,000 to design and print the original ads and will cost the same to do it again.

In an open letter to the agency, Reyes-Chow and hundreds of others thanked the agency for revamping the campaign but called for more steps to be taken, including “(s)taff education in cultural sensitivity (including addiction) and anti-racism.”

“We feel deeply sorry and pained by what’s happened,” Valentine said, referring to a passage from the New Testament book of 1 Corinthians. “When one of us hurt, we all hurt. This has been a very painful experience that we’re working very hard to acknowledge, repent, correct and move forward.” 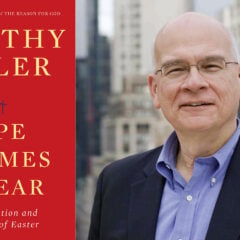 News
For many who lost loved ones to COVID-19, this Day of the Dead will be a time of healing 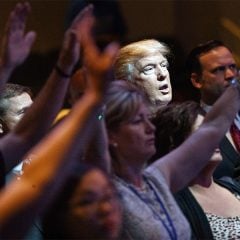 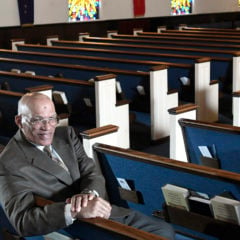 News
As offerings dwindle, some churches fear for their future
Follow us on Facebook!
Submit your photos to RNS