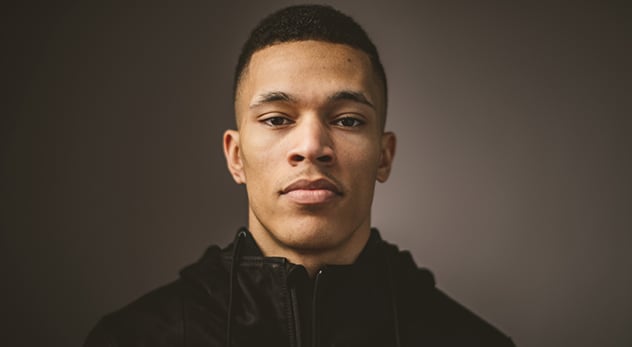 Trip Lee is part of a new slew of rappers who don’t shy away from God-talk in their songs. He is making music in a genre that isn’t exactly known for faith-friendly themes and of which Christians have traditionally been wary. – Image courtesy of Trip Lee

In his hit song Jesus Walks, Kanye West belts, “They say you can rap about anything except Jesus.” But not everyone takes West words as the Gospel truth. Trip Lee is part of a new slew of rappers who don’t shy away from God-talk in their songs.

“If you listen to my music, it is going to be clear that I do love God, and I talk about God in my music,” Lee told BET. “You might hear the name of Jesus in my music because I love Jesus.”

Lee just released a new hip-hop album, “Rise,” which debuted at #2 on the Billboard Christian chart and #16 on the Billboard 200, and he authored a similarly titled book with an unambiguously religious subtitle: “Get Up and Live in God’s Great Story.” Since he his first album released in 2006, Lee’s brand of what you might call “hip-hop with a higher calling” has brought him much success.

While Lee’s fans are doubtlessly familiar with the way he blends religion and rap, Lee shies away from the label “Christian rapper.” This places Lee within a larger trend of misfit rappers, including Flame, Tedashii, and the Grammy-winning Lecrae, who are making music in a genre that isn’t exactly known for faith-friendly themes and of which Christians have traditionally been wary. But somehow they are finding a warm reception among predominately white, politically conservative evangelical Christians.

Lee is acutely aware of the paradoxical nature of his career, especially the racial divide that separates him from many of his fans. He says he is encouraged by his white brothers and sisters who are working to learn and listen on race matters, and he is praying for the rest. But this positive posture doesn’t resolve the friction he feels.

“When racial issues arise, I often feel isolated because it seems like most evangelicals just don’t get it,” says Lee. “There’s definitely tension and frustration there.”

The racial tensions have been amplified by Lee’s faith tradition. He’s a Calvinist, a brand of Christian theology that has been historically dominated by white leaders and often at odds with social justice-minded black churches. Lee says he has been accused of accepting a “white man’s theology” or being a black man under “theological imperialism.” But he rejects this dichotomy, arguing that what matters most is whether the Bible supports his views.

“When I get into conversations about Calvinism, whether people have theological or racial arguments, I try to lean heavily on Scripture. I believe it because that’s what I see in Scripture,” Lee says. “If it’s in the Bible, let’s go with it and work through the challenges. If it’s not in the Bible, let’s move on.”

Lee is also a nonconformist when it comes to gender issues. He considers himself a champion of women’s dignity and is disturbed at the way rappers often objectify or denigrate women.

“I literally cringe when I listen to many albums, and watching hip hop videos is usually a bad idea,” Lee says.

And yet many Calvinists are also complementarian, which means they restrict women from serving as pastors and teaching or leading men. Some complementarian Christians encourage women to avoid working outside the home and primarily serve as wives and mothers. Lee holds complementarian views, but he doesn’t think these views are degrading to women.

“Instead of thinking of it negatively as simply restricting women, I think of it more positively,” he says. “As a complementarian, I want to encourage both men and women to serve in the ways God made them to serve. Men and women have equal worth and dignity, but we’re different, and that’s okay.” 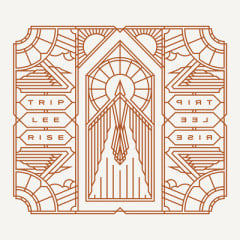 Lee says he hopes to honor and affirm women through both his music and ministry. His lyrics describe women as being made in God’s image, not as objects to be conquered or sampled. And he warns fellow pastors not to “put women on the sidelines” but rather to encourage them to use their gifts to serve, teach, and lead “in biblical ways.”

When the conversation shifts to politics and President Obama, Lee seems less comfortable. Seventy-nine percent of born-again Christians voted for Romney in 2012 while 93% of African-Americans voted for Obama. Political speak is something of a losing proposition for Lee, given his fan base.

When asked whether or not he supports President Obama, Lee’s calls it a “tricky question,” nuancing his thoughts in a way that underscores his misfit status. Though he “rejoiced” when Obama was elected and says the President will “always be a symbol of progress,” Lee quickly notes his sharp disagreements with President Obama on issues such as abortion.

When it comes to politics, Lee once again transcends stereotypes. Talking with Lee leaves me confused about how exactly he fits into the current musical and religious landscapes in America. It’s clear that he’s a capable rapper and a committed Christian, but beyond that, he’s nearly impossible to pin down. And that’s exactly how Lee and others like him want it to be.

News
Saddleback pastor Rick Warren to retire in September, names Andy Wood as his successor
Follow us on Facebook!
Submit your photos to RNS