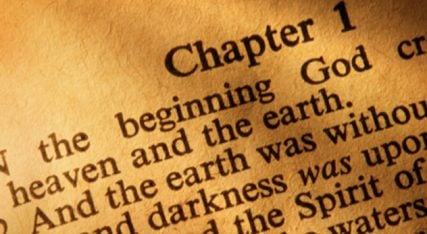 VATICAN CITY (RNS) If you are a Christian, protecting the environment is part of your identity, not an ideological option, Pope Francis said Monday (Feb. 9).

“When we hear that people have meetings about how to preserve creation, we can say: ‘No, they are the greens!’” Francis said in his homily at morning Mass, using a common name for environmental activists.

“No, they are not the greens! This is the Christian!” he said.

The pope — who took his name from St. Francis of Assisi, the patron saint of the environment — has made care for the environment a hallmark of his papacy since he was elected nearly two years ago.

In fact, the pontiff is preparing a major document, called an encyclical, on the environment. It is likely to reiterate his frequent calls for governments and individuals to take steps to combat climate change, a phenomenon he attributes in part to human activity.

That conclusion, and his focus on protecting creation, as he calls it, has angered some conservative Catholics in the U.S., who see it as further evidence that Francis is pushing a liberal agenda that slights traditional Catholic talking points on issues like abortion and gay marriage.

The issue is likely to get more heated in the coming months: The encyclical is expected by July, and Francis will be making his first visit to the U.S. in September.

In his homily on Monday in the chapel at his Vatican residence, Francis dwelt on the first reading of the Mass, the passage from Genesis that recounts the creation of the universe.

“In the ‘first creation,’” the pope said, “we must respond with the responsibility that the Lord gives us.”

“Even for us there is a responsibility to nurture the Earth, to nurture creation, to keep it and make it grow according to its laws,” he said. “We are the lords of creation, not its masters.”