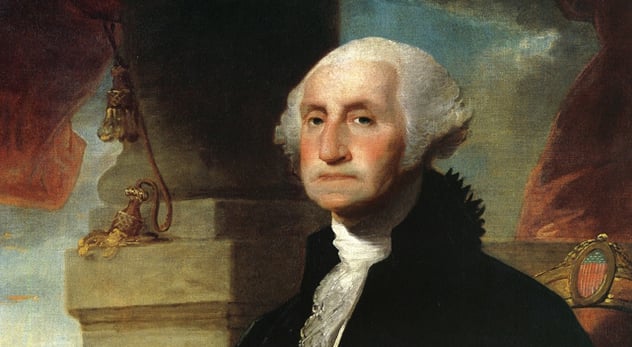 Consistency is something of an American tradition–at least as far as our presidents are concerned.

Forty-three individuals have served as Commander-in-Chief (Grover Cleveland held two non-consecutive terms). Based on birth and residence, they hail from only 18 of the 50 states. All have been male and, with the exception of Barack Obama, all have been white. And almost all claimed to be Protestant Christians. Only three were religiously unaffiliated–Abraham Lincoln, Thomas Jefferson, and Andrew Johnson–though these men were spiritual in their own right.

British writer G.K Chesteron referred to America as “a nation with the soul of a church” and our country has always expected our president to be something of a moral guide. As the 20th Century journalist Theodore White noted, “The Presidency hovers over the popular American imagination almost as a sacerdotal office, a priestly role for which normal political standards are invalid.”

But which U.S. presidents were the most religious?

It’s an admittedly difficult question given the high religiosity among presidents in general. So for this, I reached out to Randall Balmer, a historian of American religion at Dartmouth College and author of God in the White House and Redeemer: The Life of Jimmy Carter. In his opinion, the following five commander-in-chiefs must be considered among the most religious. Each name is followed by some contextual information and my commentary:

Jimmy Carter: Famous for being a baptist Sunday School teacher (even after his term), Jimmy Carter is recognized as the first “born again” president. Prior to serving, Carter took a missionary journey in which he knocked on strangers doors and said, “I’m Jimmy Carter, a peanut farmer. Do you accept Jesus Christ as your personal savior?” He read his Bible and prayed daily throughout his time in office, yet Carter was ultimately rejected by the emerging evangelical right.

George W. Bush: This second-generation commander-in-chief was certainly one of the most comfortable when it came to talking about religion, courting religious leaders, and using overtly religious language to justify policy decisions. Bush even famously remarked, “I believe God wants me to be president.” So intense was his spiritual fervor that Steven Mansfield concluded, “Whatever else the presidency of George W. Bush imprints on American history, it will at least have granted the nation an opportunity to rethink the role of religion in its public life.”

William McKinley: A proud Methodist, President McKinley avoided drinking, swearing, and smoking and other “sins.” He was a regular church attender while in office and according to eyewitnesses was quite an enthusiastic hymn-singer. He also believed that the government had a duty to spread both democracy and the Christian religion abroad. McKinley’s last words before death were reportedly, “Good-bye, good bye, all. It’s God’s way. His will, not ours, be done. Nearer my God to Thee, nearer to Thee.”

James Madison: President Madison was a faithful Episcopalian who signed a federal bill to appropriate funds for Bible distribution. Madison served on the Congressional committee that established and selected Congressional chaplains and he encouraged all public officials to openly declare their faith. Later in life, president Madison retracted many of his beliefs–arguing that government-paid chaplains and president-led prayers were unconstitutional–but he is still one of America’s most religious heads of state.

Abraham Lincoln: Though he often struggled with faith and even doubted the divinity of Jesus Christ, he often utilized in religious language and quoted the Bible in public speeches. Many of Lincoln’s friends attested to his personal conversion, but Lincoln never explicitly declared it. He was not a formal member of a church, but only about a quarter of Americans were in 1860. Even still, Lincoln’s faith has been intensely felt among Americans since the time of presidency, perhaps due to the conditions under which he served.

Honorable Mention: President James A Garfield was the only clergyman to serve as commander-in-chief. He “was lauded for his skill as a preacher, and he learned Greek—the original language of the New Testament.”