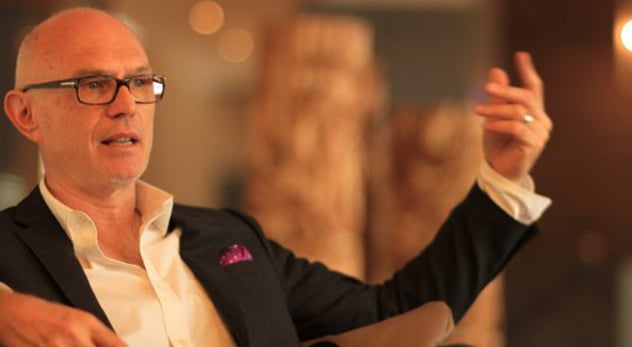 “America was founded by folks who thought like this,” Miroslav Volf says of Islamist extremists. Some may find his comments difficult to swallow in light of recent events. – Image courtesy of Miroslav Volf

American Christians have more in common with ISIS than they may assume, says theologian Miroslav Volf.

Some Christians may find the Yale Divinity School professor’s comments difficult to swallow in light of a propaganda video released on Sunday that reportedly showed the beheadings of 21 Coptic Christians by ISIS militants in Libya. Volf says that many figures in both Christian history and American history thought about faith and politics in a similar way to modern Islamist extremists. He also says that even though he doesn’t believe the Christian and Muslim faiths are one and the same, we should search out and celebrate the good commonalities. Volf is author of many books including, Allah: A Christian Response and Do We Worship the Same God?

RNS: With what we’re seeing now with groups like ISIS and Boko Haram. What do you make of the persecution of Christians by Islamist extremists?

MV: I take it to be an extreme reaction to globalization processes, which are perceived as being driven by Western interests and are associated with Christian tradition. I see it as a form of extremism that is perceived by majority Muslims as out of step with what Islam is. Your run of the mill Muslims in many parts of the world will generally refer to Islamic State as un-Islamic state. I think it is an attempt to assert Islam as a political religion as a unity of religion and government. Now that’s been a way religions have functioned throughout history–from Constantine until recently. America was founded by folks who thought like this.

RNS: America was founded by folks who thought like Islamist extremists?

MV: Like many Islamist extremists, yes. Which is to say, they believed God would bless this new experiment if we integrate our obedience to God’s laws and we ensure that this is indeed a city set on a hill.

RNS: A lot of people say that violence is inherent to the Muslim faith. Is that correct or are violent expressions a distortion of their faith?

MV: It’s a distortion, yes, and by the way it is a distortion that has attended the Christian faith and a peaceful religion like Buddhism when it aligns itself with political power. Religious support of violence is a malady of all political religions. States want to exert monopoly on power and religions are then placed in service of that power. Islam has a different relationship to force than Christianity has, but classical Islam has always wanted to frame deployment of violence with justice. We may dispute what justice means, but the belief is that force should be guided by directives of justice.

RNS: Is there commonality between extremist Muslims and extremist Christians?

RNS: Many Americans are afraid of Muslims because of what they see in popular media. What is behind the fear of Muslims?

MV: There is a certain image of Islam that has been nurtured by media. And that image was, in a sense, needed to sustain the war efforts that were undertaken. You need to vilify the enemy when you’re in a situation of conflict and a consequence of this vilification is undifferentiated judgment about all Muslims. This is partially tied to the sensational characterization of media, which tends to report on breakdowns instead of when something has been running well. This has shaped people people’s imagination to see Islam as primarily or exclusively in the negative light. Most people who have come to know Muslims or live near Muslims, though there are exceptions, have discovered them as good neighbors. When you look at the number of Muslims who commit violent crimes tends to be not much higher than other populations, including Christians.

RNS: What is your advice for improving our understanding and relationship Islam and Muslims?

MV: Have your eyes open to recognize commonalities while not disregarding difference between your faith and theirs. Rejoice when you find commonalities, rather than admitting them begrudgingly. This doesn’t mean they are one and the same religion or that Islam is just as good a way to God. I am a trinitarian Christian who believes Jesus is the incarnation of God. That’s a no-no for Muslims. There is no commandment in Islam to turn the other cheek or to offer unconditional forgiveness. But those are pillars of the Christian faith.

So they are not the same in their ethical teachings, but there are significant commonalities. We don’t erase the boundaries between them, but we need to recognize the commonalities when they are good as well as the differences. If you do this, you will find you have a much more differentiated view of Islam and of Muslims. You would have a view that would be more amenable to building bridges than to fighting wars.