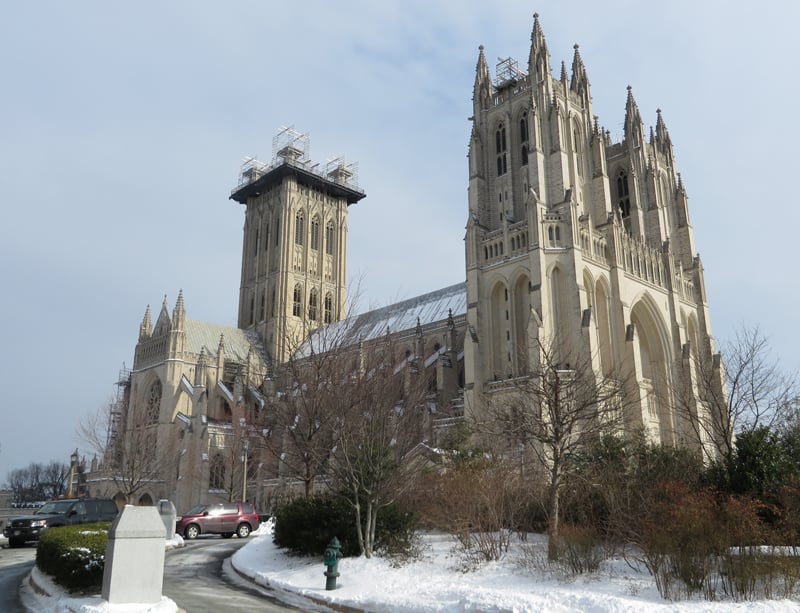 The Washington National Cathedral is finishing its first $10 million phase to repair damage sustained in a 2011 earthquake. The second phase, expected to cost $22 million and take more than twice as much time, has yet to begin. Religion News Service photo by Lauren Markoe

WASHINGTON (RNS) The Washington National Cathedral, which sustained heavy damage in a 2011 earthquake, has finished the $10 million first phase of its repair work and intends to embark upon a more daunting and expensive second phase.

Cathedral officials said the work to come, which will focus on the exterior of the building — repairing twisting pinnacles, damaged gargoyles and other masonry that suffered during the 5.8-magnitude quake — will cost $22 million and could take a decade.

Speaking from a scaffold 65 feet above the cathedral floor on Wednesday (Feb. 18), Jim Shepherd, director of preservation and facilities, said he sees the havoc wreaked by the earthquake every day but is reminded of its severity when he takes visitors to the cathedral’s heights. 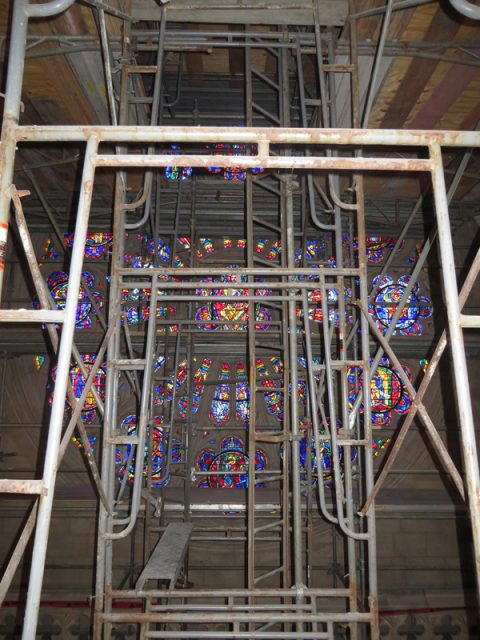 Scaffolding inside the Washington National Cathedral is about to be taken down as the first $10 million phase of work to repair damage sustained in a 2011 earthquake is completed. The second phase, on the exterior of the building, is expected to cost more than twice as much and take more than twice as much time. Religion News Service photo by Lauren Markoe

“They’re just shocked as to the level of damage,” he said. “You don’t see it from the ground. It helps them understand why there’s $22 million of work yet.”

The capital campaign to raise the money has not yet begun.

Completed work on the interior of the cathedral involved, among other tasks, replacing mortar knocked loose by the quake and cleaning stained glass windows and stone untouched since workers finished its east wing in 1929.

The need to clean predated the earthquake, but given the tremendous cost of the interior scaffolding, it made sense, he said, to remove the grime while the platform was in place.

Joe Alonso, head stone mason at the cathedral, was among the first to re-enter the structure after the August 2011 earthquake. He recalled the “debris fields” in the nave and transepts, piles of mortar and stone that had fallen 100 feet from the ceiling. After the quake, the cathedral closed for nearly three months to assure it was safe for the 700,000 people who visit it each year.

Looking upward, Alonso said he was pleased with the work to date. “Every square inch of the ceiling in the cathedral has been touched by human hands,” he said. 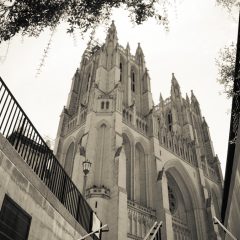 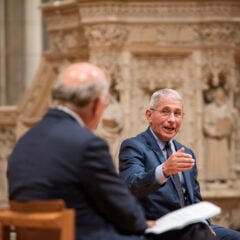 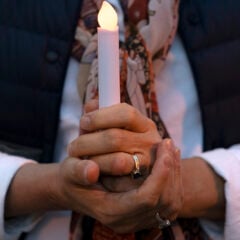