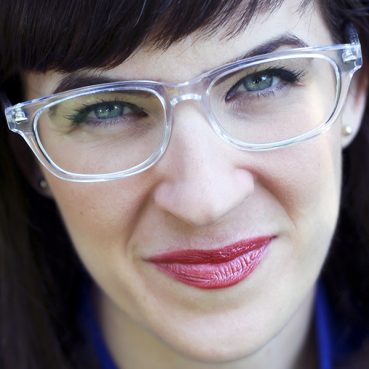 In a letter dated July 23, 2014, excommunicated Mormon Kate Kelly appealed her sentence to Scott Wheatley, the president of her former stake in Virginia.

The activist, who is pushing for female ordination to the all-male Mormon priesthood, received word Saturday (Feb. 28)  from her former lay leader in Virginia that the faith’s governing First Presidency had rejected the appeal of her June 2014 excommunication from The Church of Jesus Christ of Latter-day Saints.

“I am disappointed in the outcome, but not surprised since the disciplinary process has been entirely opaque and inequitable from the get-go,” Kelly said in a news release posted on the Ordain Women website.

“Fortunately, men do not control my happiness, nor do they control my connection to God. I am proud of what I have done,” she added. “We will continue to act with integrity and courage. Mormon women and their legitimate concerns cannot be swept under the rug or summarily dismissed by one ‘Court of Love.’ ”

The feminist also said that her husband, Neil Ransom, plans to resign his Mormon membership.

The couple were married, or, in LDS parlance, “sealed,” for eternity in 2006 in the Salt Lake LDS Temple. Under Mormon teachings, her excommunication — and his exit from the faith — would nullify that ordinance in heaven.

“He was never punished by the church,” Kelly said in an email, “in spite of doing many of the same things I was accused of.”

Kelly was ousted from the LDS Church last summer for “conduct contrary to the laws and order of the church,” later defined as apostasy.

She appealed the decision to the church’s highest authority, the First Presidency, comprised of LDS Church President Thomas S. Monson and his two counselors, Henry B. Eyring and Dieter F. Uchtdorf. It is the last avenue for excommunicated Latter-day Saints hoping to regain their memberships.

Kelly, who now lives in Kenya, said she got an email informing her that the top leaders had affirmed the excommunication in a letter.

“We are profoundly troubled by a definition of apostasy that seems to include members asking sincere questions of our leaders,” Jenson said in the group’s news release. “We reaffirm our commitment to faithful action and our hope for gender equality in The Church of Jesus Christ of Latter-day Saints.”

Flunking Sainthood
Mormon prophet says to ‘flood social media’ with gratitude this Thanksgiving week
Follow us on Facebook!
Submit your photos to RNS