VANCOUVER  (Reuters) Twitter users turned to Canadian Prime Minister Stephen Harper for tongue-in-cheek fashion advice on Wednesday, the day after he said the niqab, a face covering veil worn by some Muslims, was rooted in an “anti-women” culture.

Using the hashtag #dresscodePM, users of the social media service criticized Harper, who made the comment as part of an ongoing push by the ruling Conservatives to ban face coverings in Canadian citizenship ceremonies.

“I’m thinking of wearing white shoes before May 24. Is that still considered tacky,” asked Toronto Twitter user Sarah Dearing, who uses the handle @sarahdearing, while Hamilton, Ontario user Sarah S., who tweets as @FrugalRock, wrote: “What’s your take on leggings @pmharper? Do they count as pants?”

Shireen Ahmed, a Toronto-area woman who tweets as @_shireenahmed_, posted a picture of herself wearing a hockey jersey and a hijab head scarf, asking: “@pmharper My outfit OK? Am I still part of the ‘Canadian family’?”

Others took aim at the idea that the niqab is a symbol of an oppressive culture, questioning whether they should wear “anti-women” items like high heels and makeup.

The Canadian government moved last month to appeal a court ruling allowing Muslim women to wear face coverings while taking their citizenship oath. At the time, Harper said it was “offensive that someone would hide their identity at the very moment where they are committing to join the Canadian family.”

His most recent comments came in response to opposition leader Justin Trudeau, who on Tuesday accused the ruling Conservative party of fueling prejudice against Muslim Canadians.

The #dresscodePM hashtag was launched by Canadian humor columnist Tabatha Southey, who tweeted on Wednesday morning: “Just about to get dressed, was thinking white blouse, green Celine skirt, white tights, is that ok, @pmharper?” 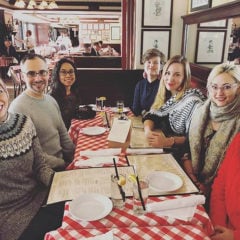