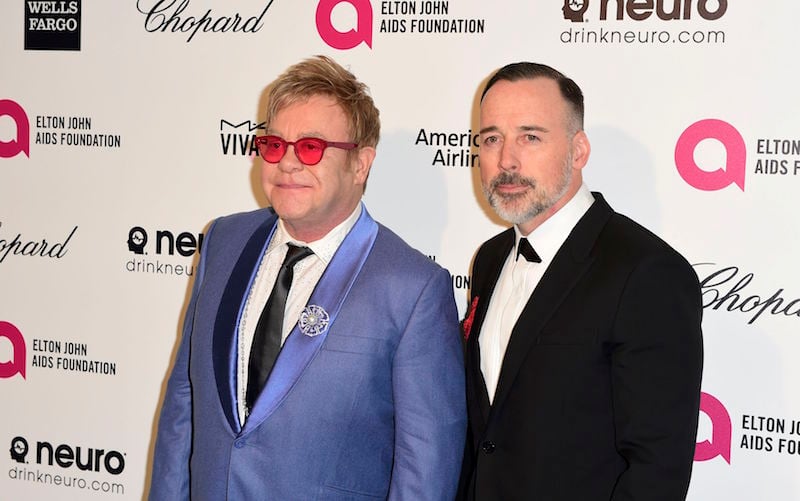 John, who has used his fame to speak out for lesbian, gay, bisexual and transgender equality, chided the designers for criticising fertility treatment and same-sex parenting in an interview.

The singer and his husband David Furnish have two children. John uploaded a photo of the designers clad in black veils to his Instagram account with the caption:

“How dare you refer to my beautiful children as ‘synthetic.’ And shame on you for wagging your judgmental little fingers at IVF … Your archaic thinking is out of step with the times, just like your fashions. I shall never wear Dolce and Gabbana ever again. #BoycottDolceGabbana.”

Italian magazine Panorama’s website last week quoted Sicily-born Dolce, whose brand has long counted Madonna and Naomi Campbell among clients for its designs inspired by his native island, as saying:

“You are born and you have a father and a mother. Or at least it should be like this, that’s why I am not convinced by chemical children, synthetic babies, wombs for rent.”

Dolce and Gabbana, who are now business partners after their romantic relationship ended, said on Sunday they had been talking about their own opinions and had not meant to judge others’ behaviour.

“We believe firmly in democracy and we think freedom of expression is essential for that. We talked about our way of looking at the world, but it was not our intention to express a judgement on other people’s choices. We believe in freedom and love,” Gabbana said in a statement.

Opinion
Pope Francis on civil unions: Another step toward common ground with the LGBTQ movement
News
Taco trucks and voter guides boost political profiles of faith communities at the margins
News
A dissenting Catholic community in California helps Latinos cope with COVID-19’s disparities
News
Study: Biden still leads among Latino Christian voters, but Trump’s support has grown
News
In Oregon, churches and anti-fascists unite to provide mutual aid to fire evacuees and others in need
© Copyright 2020, Religion News Service. All rights reserved. Use of and/or registration on any portion of this site constitutes acceptance of our User Agreement and Privacy Policy, Privacy Statement and Cookie Notice. The material on this site may not be reproduced, distributed, transmitted, cached or otherwise used, except with the prior written permission of Religion News Service.