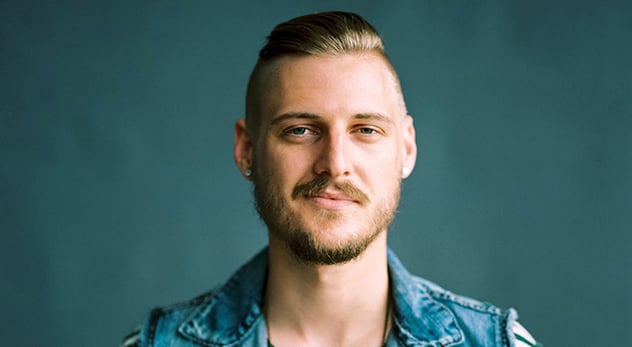 Blogger Jarrid Wilson’s new book doesn’t pull any punches in its criticism of mainstream Christianity. He claims many Jesus-followers merely have a religious outer shell. – Image courtesy of Jarrid Wilson

You think you’re a Christian, but you may be just pretending.

That’s what blogger Jarrid Wilson says in his new book “Jesus Swagger: Break Free from Poser Christianity.” He claims that there is an epidemic among Christians of fake faith and cosmetic religion. Here we discuss his ideas and what he suggests is the solution to this spiritual malady.

RNS: What is “poser Christianity” and how is it “rewarded” today?

JW: Poser Christianity is when someone lives with a façade that their faith is legit and true. This is an epidemic in today’s society. It’s wrongly rewarded by people around the world, praising individuals who create a “religious” outer shell, but have yet to allow the message of Jesus to transform them on the inside. The answer is to be renewed as a true follower of Jesus rather than just pretending to be one.

RNS: You say poser Christians call themselves Jesus followers but don’t live like Jesus. But doesn’t everyone fall short of Jesus’ standards? Isn’t being a poser, to some degree, inevitable for everyone who attempts the Christian life?

JW: Pursuing a life after Jesus but falling short of perfection, and posing as a Christian are two completely different things. Anyone who calls themselves a Christian can expect to eventually fail, no matter how good they think they are. Failure is inevitable, but posing is preventable. How? Walking by faith and not by sight and fixating ourselves on the message of Jesus rather than relying on our own strength and wisdom to get through life.

RNS: Much of mainstream Christianity–especially in the Western white church–has taken on a look (skinny jeans and graphic tees), sound (anything resembling Chris Tomlin), and smell (fair trade coffee aroma and a whiff of a concert-grade of machine, please). Are these cosmetic expressions of Christianity a problem in your opinion?

JW: I’m sure Chris Tomlin is an incredible dude, but I have yet to own any of his albums or stream them on any of my devices. Sorry, Chris! While I do agree that mainstream Christianity has adopted some unique styles and identifying factors, I wouldn’t say that I’ve adopted any of these in order to fit in. I don’t see any of these cosmetic expressions of Christianity a problem, as long as people don’t make these things the foundation in which they build their faith upon.

RNS: Let’s get practical. What can churches do to stop being posers?

JW: Encourage the people who attend their gatherings to get outside of the building, help those who are in need, and live a life that reflects the characteristics of Jesus. Churches spend too much time inviting people to their services instead of serving outside of their comfort zones.

RNS: To combat these trends, you urge people to live with “swagger.” That word has the connotation of arrogance, and many Christians today seem to have the pride part down. How is “Jesus Swagger” a good thing?

JW: Much like the words “sick” or “dope,” the word swagger has a definition that has changed with constant shift in culture. Swagger is mostly defined by the way someone walks, talks, and even acts. It’s where we get the phrase, “That person has swagger.” The term Jesus Swagger is all about living a life that reflects Jesus in our everyday life. Our words, actions, and way of life should resemble the characteristics of Jesus himself.

RNS: You say that swagger means that we “walk, talk, and dress” in a way that is “different.” But you walk, talk and dress like most of the people I encounter in my hipster Brooklyn neighborhood. What am I missing?

JW: The beautiful thing about Christianity is that being “made in God’s image” means we come in many different shapes, styles, and sizes. The Gospel of Jesus is purposed to transform the heart of those who believe, and I believe the essence of Jesus Swagger is found within the hearts of those who have found revelation in God’s truth. I might not look, dress or even act like your typical church-going Christian, but that’s because I’m not. I believe God made us each in a very unique way, and I want people to express that uniqueness in alignment with their Christian faith.

Sure, I may look like some everyday hipster kid, but the motivation in which I live my life is much different from someone who wouldn’t call themselves a believer. That’s where Jesus Swagger comes in. This divine swagger overflows out of a heart that has been molded by Christ himself, and through this molded heart will one find their motives in life to be pure and true.