A core argument among the law’s defenders is that there is already a federal RFRA and 19 other states have a law exactly like the Indiana’s. But similar is not same. – Photo: The Indiana state capital building

Move over, Gene Hackman. Indiana is becoming known for a lot more than just Hoosier’s basketball.

After the state passed a law purported to restore “religious freedom,” it was met with crushing criticism from those who believe the law grants a “license to discriminate” against the LGBT community. Dissenters include Ashton Kutcher, Indiana Pacer great Reggie Miller, Tim Cook of Apple, and the mayors of both San Francisco and Seattle, who have restricted the travel of municipal workers to Indiana in protest. NBA Hall-of-Famer Charles Barkley wants next weekend’s NCAA Men’s Final Four basketball championship to be moved from host-city Indianapolis. Others are also calling for a boycott of the state.

A core argument among the law’s defenders is that there is already a federal RFRA and 19 other states have a law exactly like the Indiana’s.

“Hey @SenSchumer, care to explain how Indiana religious freedom law is any different than the one you SPONSORED in Congress,” Ryan Anderson of the Heritage Foundation tweeted to the New York Senator, who backed the bipartisan 1993 federal statute that birthed the RFRA brand. Josh McCormack of The Weekly Standard blasted CNN and the New York Times for “ignoring the fact that many other states and the federal government have the same law on the books.”

That might make for a nice talking point, but it is not true. Similar is not same — something most of us learned in grade school.

Howard Friedman, a widely-respected First Amendment scholar, points out that Indiana’s RFRA is broader than the federal RFRA in significant ways. For example, the law explicitly protects entities (not just individuals) including corporations, without limiting to the law’s reach to closely-held companies as done in the Supreme Court’s Hobby Lobby decision.

Friedman also notes that the Indiana law can be invoked when a person’s religious exercise is “likely” to be substantially burdened by government action. The substantial burden does not even have to occur for the law to apply. And, also unlike the federal RFRA, the Indiana RFRA offers religious freedom as a legitimate defense in disputes between private citizens, even if the government is not involved.

“What is clear is that Indiana has not copied the federal legislation or those passed by other states, but has instead added more expansive language…[giving] pause to the endless possibilities of using religion and religious freedom as a sword and a shield,” writes Matt Anderson, a civil trial attorney. 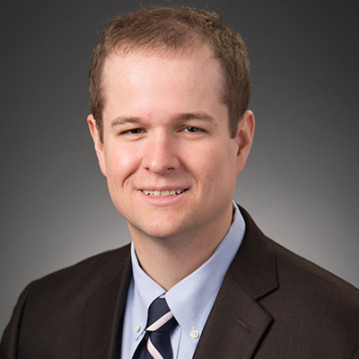 Aaron Weaver is an author, scholar and communications manager for the Cooperative Baptist Fellowship. He is a 2013 graduate of Baylor University, where he received his Ph.D. in religion and politics. Image courtesy of Aaron Weaver.

Now in its 21st year, the federal RFRA was an attempt to restore the high standard in religious liberty jurisprudence that the Supreme Court gutted in 1990, and require government to demonstrate a “compelling state interest” to justify substantially burdening free-exercise rights of citizens (and do so via the “least restrictive means”).

When the Supreme Court held in 1997 in City of Boerne v. Flores that Congress had overstepped its authority, ruling that RFRA could not be applied to the states, a movement was launched to adopt RFRAs in state legislatures across the country. From 1998 to 2000, ten states passed their own RFRAs and nine others, including Indiana, have followed suit in the 15 years since (Connecticut adopted its version in 1993).

Many states chose to carve out areas where their religious freedom law does not apply — something conservative legislators in Indiana refused to do with regard to existing anti-discrimination ordinances in several cities and counties. That refusal along with the timing of this “religious freedom” law — coming on the heels of an unsuccessful effort to defend the state’s ban on same-sex marriage before the Seventh Circuit Court of Appeals — makes clear to honest onlookers that the law is intended to make it easier to discriminate against LGBT individuals.

The federal RFRA reflects a “delicately balanced formula” which contains carefully considered, consensus language agreed upon after much study and discussion by an extremely diverse group of civil rights and faith-based organizations. Why the need to modify this time-tested model with radically expansive new language as done in Indiana and tried unsuccessfully of late in states like Arizona, Kansas and Georgia?

If its conservative champions were truth tellers and not trading in deception trying to pretend the Indiana RFRA is the same as the federal RFRA, they’d acknowledge that the goal is not to restore a long-standing religious freedom standard, but to rig the process to better ensure a desired result — a result that most recognize as discrimination.

Not all RFRAs are created equal. Let’s at least be honest about that.

Aaron Weaver is an author, scholar and communications manager for the Cooperative Baptist Fellowship. He is a 2013 graduate of Baylor University, where he received his Ph.D. in religion and politics.