(RNS) A new report by the Equal Justice Initiative documents in horrific detail the nation’s widespread practice of lynching and points to a link between lynching and a practice that persists today: capital punishment.

In the Jim Crow South, lynching declined as officials turned to executions as an alternative method for killing blacks in disproportionate numbers.

This report challenges us to confront our nation’s legacy of racial violence. Sadly, too many Christians were complicit in this violence, which has prompted Christian denominations to apologize and emphasize racial reconciliation. Last week, the Southern Baptist Convention held a two-day race summit in which it urged pastors to do more to diversify their churches. 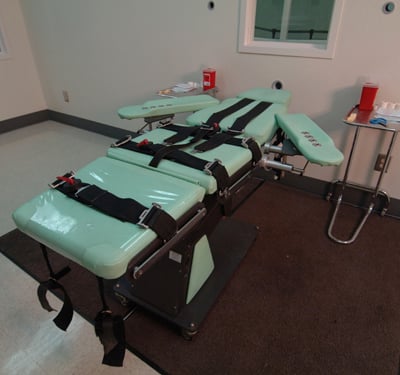 These are important steps. But they only mark time if important actions don’t follow. Denominations must overcome institutional inertia that hampers efforts to tackle today’s systemic injustices. The death penalty is a case in point. At the same time that the Southern Baptist Convention apologizes for its complicity in racial oppression and urges racial reconciliation, the denomination remains a vocal proponent of capital punishment.

This position is difficult to justify on several levels. The history of the death penalty is paved with inequities along racial lines. It continues to have a negative impact upon communities of color. During Jim Crow, for certain crimes the death penalty was reserved almost entirely for blacks. The following statistic is particularly telling: From 1930 to 1967, 90 percent of those executed for rape in the U.S. were black men convicted of raping white women — whether they actually did it or not. Analyst Edwin Grimsley of the Innocence Project points out that when black defendants faced all-white juries, which were infected by prejudice, too often skin color, not evidence of guilt, condemned them to death.

Racial disparities in the death penalty’s application unfortunately did not end with Jim Crow. University of North Carolina’s Professor Frank Baumgartner did a comprehensive study of executions between 1977 and 2013. Aptly titled “#BlackLivesDon’tMatter,” the study reveals that executions are significantly more likely when murder victims are white. During the period studied, 47 percent of all murder victims in the U.S. were black. But only 17 percent of the victims were black in cases ending in execution.

Christians cannot ignore this reality. The death penalty consistently puts communities of color at greater risk of wrongful execution. Of the 150 individuals in the U.S. sentenced to death and later exonerated after new evidence of innocence emerged, 60 percent are black or Latino.

Some SBC leaders recognize that racial bias mars the death penalty, but their steadfast support for the practice in the absence of clear solutions to its injustices betrays a lack of concern on an issue important to communities of color (notably, a majority of blacks and Latinos oppose capital punishment).

In a podcast defending capital punishment, Russell Moore, president of the SBC’s Ethics & Religious Liberty Commission, concedes that Christians might object to the death penalty in practice due to injustices in its application, such as “racial bias.” He does not pursue this point, simply noting, “Those are different conversations.” Moore’s bracketing the racial issue marginalizes its importance. At what point does capital punishment, which devalues black life in a systemic fashion, warrant these conversations and meaningful action to confront its injustices?

The tension between the SBC’s emphasis on racial reconciliation and support for capital punishment brings to mind Jesus’ parable of the wineskins. Denominations run into problems when they pursue racial healing without rethinking theological and ideological perspectives that have helped sustain practices plagued by racial bias. It is like trying to put new wine into old wineskins. Inevitably, as Jesus teaches us, the wineskins break.

As Christians engage in the process of racial reconciliation, we must be open to new wineskins. If we are, we will not only apologize for the injustices of the past, but will also recognize theological blind spots that stand in the way of working to end the injustices of today.

(Antipas L. Harris is associate professor at Regent University School of Divinity and president of the Global Institute for Empowerment & Leadership Development, known as GIELD.) 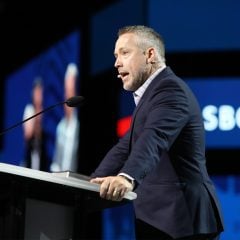 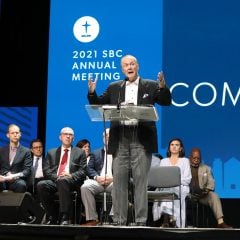 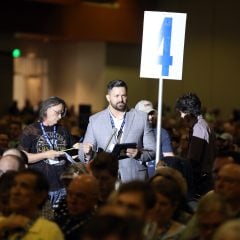