A collection of Julia Chew is showcased during 2015 Christian Fashion Week. Photo courtesy of Fotocafe Photography

NEW YORK (RNS) If someone offered you the chance to live in a world designed to look and feel like the real one, but is actually a tidier, more ordered Stepford-ish facsimile, would you take it? For many Christians today, the answer appears to be yes.

Call it Newton’s Third Law of modern Christianity, but for every event, there appears to be an equal and opposite corresponding Christian event. There are Christian music festivals and book festivals; Christian versions of TED Talks; the upcoming International Christian Film Festival in Orlando, Fla.; and earlier this month, even a Christian Fashion Week.

Just look at the recent spate of religious freedom laws being passed around the country. Regardless of whether you view the RFRAs as discriminatory or necessary, the nut of their existence essentially boils down to separateness. At their core, they are laws designed to keep one group of people from being forced to interact with another.

It doesn’t matter whether they are being sold as religious freedom, LGBT discrimination or Rick Santorum’s hypothetical of protecting gay T-shirt makers from Westboro Baptist Church, the fact of the matter is that RFRAs construct a legal wall between two potentially opposing camps. And while on the surface this may appear to have nothing to do with Christians’ creating their own versions of things, the truth is, they are much closer than you think.

Christian film festivals, fashion weeks, rock festivals, etc., may seem harmless enough, but in reality they are a way to create distance between Christians and the secular world. Much the same as RFRAs do, Christian-specific events foster the idea that separation is a necessity. The problem with this is that separateness, no matter how you slice it, is always going to end badly.

This may seem a spurious claim, but look at the example of Christian Fashion Week, as profiled recently in The New York Times. The very existence of a separate Christian version of Fashion Week suggests that there is an unbridgeable ideological gap between what Christians perceive as “appropriate” fashion and what the secular world does.

Most would likely attribute that gap to the issue of modesty. But the founders of Christian Fashion Week, to their credit, see it instead as an issue of industry ethics and environmental responsibility. As Jose Gomez, one of the four founders of CFW, told The New York Times, the central philosophy behind Christian Fashion Week is the acronym CARE, which stands for contextual modesty, affordability, responsible use of natural resources and ethical hiring and casting.

Considering that the secular fashion industry is rife with abusive practices toward models and irresponsible manufacturing practices for both labor and the environment, it seems odd that such a positive world philosophy would be restricted to a Christian-only event. In this case, the enforced separateness of a Christian Fashion Week is depriving the secular fashion world of something it desperately needs: people who care about basic human justice. 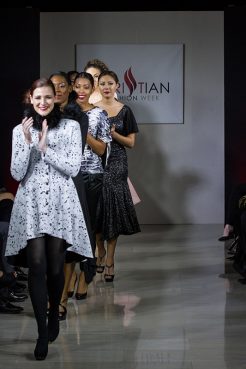 The problem with Christian-specific events — especially those run under the best of intentions, as Christian Fashion Week appeared to be — is that they hermetically seal off any good intentions from reaching the secular world. But worse than that, they often foster feelings, between both Christians and non, that when it comes to “goodness,” there will always be a battle of us vs. them.

For as long as man has contemplated his existence, he has contemplated the problem of the “other,” a problem that, more often than not, devolves into outright fear. And encouraging the separation of Christians from the secular world — for instance, by instituting a Christian Fashion Week — stokes rather than mitigates those fears.

Christians should not be afraid of the world, nor of its varying moral codes. Rather, they should be compelled — in truth, they are commanded — to bring light into it. Christian versions of secular events don’t bring light. Instead, they are the starting point of a spectrum that includes discriminatory laws and, at its darkest, the type of extremist violence currently seen in Libya against Coptic Christians. That may seem overly dramatic, but fear of the “other” is only ever really bound by context. 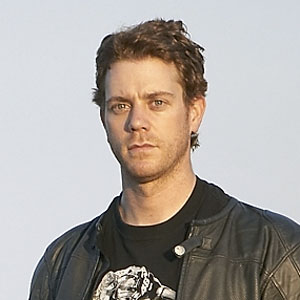 Scott Christian is a culture and lifestyle writer whose work has appeared in Esquire, The Guardian, GQ and Mashable. He lives in New York. Photo courtesy of Scott Christian

The question, then, is why start the ball rolling on an already difficult existential divide by creating Christian versions of things? Why not just bring Christian ideas of love and human goodness to a collective, worldwide conversation? If that tactic sounds familiar, it’s probably because Jesus was the first one to do it.

(Scott Christian is a culture and lifestyle writer whose work has appeared in Esquire, The Guardian, GQ, and Mashable. He lives in New York. )