The Most Reverend Josiah Idowu-Fearon preaches at the 20th Anniversary celebration of Black Heritage in the Anglican Diocese of Toronto with the theme “Honouring the Past, Celebrating the Present, Inspiring the Future” at St. Paul’s on Bloor Street on February 22, 2015. Photo courtesy of Michael Hudson

(RNS) African Anglicans welcomed the appointment of a Nigerian bishop as the next secretary general of the 85 million-member Anglican Communion, even as others criticized the appointment because of his anti-gay comments.

Bishop Josiah Atkins Idowu-Fearon beat other applicants from Oceania, Asia, Europe and the Americas and will assume the mostly ambassador type post at a time when the worldwide communion remains estranged over homosexuality and same-sex marriages, especially in Africa.

“He is articulate and very well educated,” said Bishop Julius Kalu of Mombasa, Kenya, diocese. “His position on traditional Anglicanism is very firm. This is good for us.”

Kalu said the appointment had come at the right time, when African Anglicans needed a bigger voice within the communion.

“The church is growing fastest here,” said Kalu. “We also have the largest membership.”

Idowu-Fearon, who succeeds Kenneth Kearon, now a bishop in the Church of Ireland, is the first African to be appointed to the post. 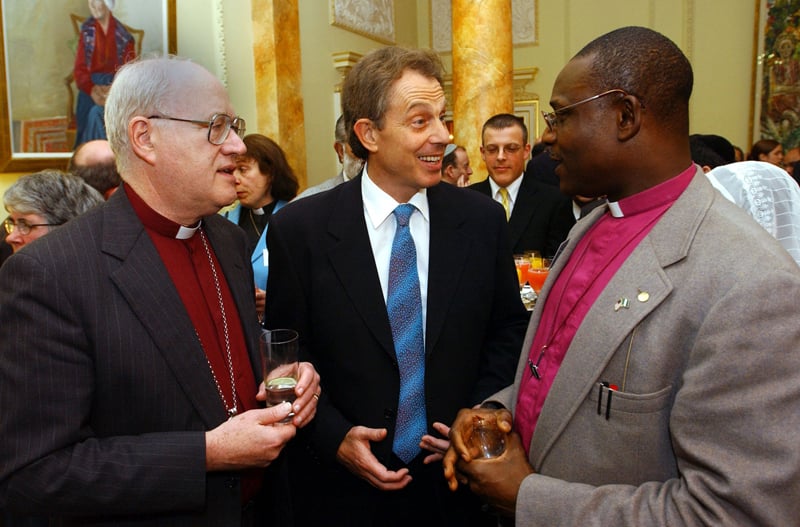 “The church is called to love and protect everyone without discrimination, love the person, but hate the sin,” he said in a statement on April 4.

The Nigerian bishop also boycotted the 2008 Lambeth Conference, the regular summoning to Canterbury, England, of all the leaders of the Anglican Communion, which takes place once every 10 years. Instead, he attended the Global Anglican Future Conference in Jerusalem, a gathering of theologically conservative Anglican leaders, most of whom are opposed to the ordination of gays and lesbians.

African bishops hope Idowu-Fearon will articulate the position of traditionalists on gay matters. Others said he was picked in part because of his reputation as an expert on Christian-Muslim relations.

Recently, the persecution of Christians by Nigeria’s Boko Haram and Somalia’s Al-Shabab, have appeared more urgent to the Anglican leaders.