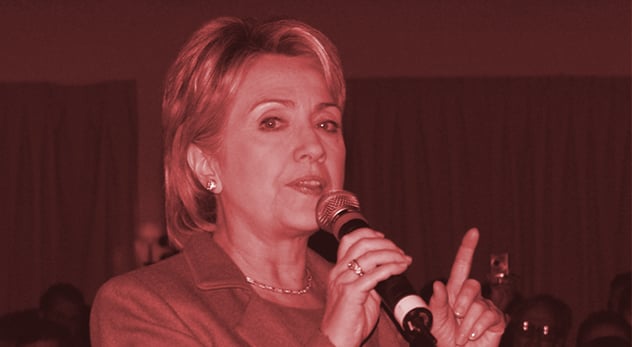 The Iraq War veteran and contributor to National Review says Hillary Clinton was “a dishonest First Lady, a middling senator, and a failed Secretary of State. That is hardly the resume of a commander-in-chief.” Here he argues why Christians shouldn’t support her. – Image credit: Michael Kovacs (http://bit.ly/1I6mkfX)

It’s difficult to understand the logic of Hillary Clinton’s candidacy, a drive for the Oval Office sustained far more by dynastic advantage than any recognizable record of public accomplishment.

As First Lady, she presided over the secretive, disastrous “Hillarycare” healthcare reform effort, an effort that not only failed in a Democratically-controlled legislature, but also helped propel Republicans to their first House majority in decades.

As a Senator—an office she won after parachuting into New York at the tail end of her popular husband’s second term—she was undistinguished at best, with no notable legislative accomplishments.

But it’s as Secretary of State that she proved truly disastrous. The Russian “reset” is now a sad joke. Cold-War era tensions have flared again, Russian forces invaded Ukraine and threaten the Baltic states, and Russian jets are buzzing American air space and provoking our allies.

In the Middle East, Americans find themselves again fighting in Iraq after a botched and premature American withdrawal created an opening for ISIS, the world’s largest and deadliest jihadist army. Both Syria and Iraq are torn apart by civil war, and jihadists control more Middle Eastern territory than any time since the collapse of the Ottoman Empire.

And dare I mention Libya, a country where large sections are now under jihadist control? After the United States launched an undeclared air war to drive Muammar Gaddafi from power and so mismanaged the transition of power that the American ambassador and three other brave Americans were not only killed, but jihadists drove Americans from our embassy and later filmed themselves swimming in the ambassador’s pool.

There was so much wrong with the Libya misadventure–from Clinton’s unseemly celebration (“We came. We saw. He died.”) of Gaddafi’s brutal death-by-torture, to her failure to properly secure American diplomatic compounds even as the emerging terrorist threat was so obvious that other diplomats were evacuating Benghazi.

In Egypt, the United States actually backed the Muslim Brotherhood—the same organization that helped launch al Qaeda and Hamas—even when it was deposed through arguably the largest political protests in human history. 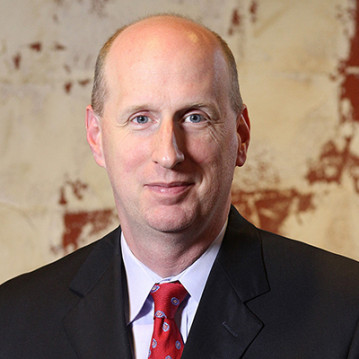 David French is an attorney, writer, Iraq War veteran, and a contributor to National Review. – Image courtesy of David French

And we cannot—must not—forget that these foreign policy misadventures have led to human suffering on a vast, tragic scale, including Christian persecution so severe that it has verged on genocide. After clinging to the Middle East for 2,000 years—a period of time that included waves of Muslim conquest—the Christian presence has never been more precarious.

Through it all, Clinton has conducted herself with the same evasiveness and lack of integrity that characterized her conduct as First Lady. Unreported foreign donations to the Clinton Foundation echo the bad old days of foreign fundraising in the Clinton White House. Her decision to conduct official business exclusively from an unsecure private email server—then turn over public records only as she deemed fit while deleting the rest—reflects spectacular disregard not only for the rules that govern federal employment but also for the public’s right to transparency from government officials.

Her brazen disregard for the truth reached its sad low in the aftermath of Benghazi attacks, when she continually and emphatically blamed a planned jihadist assault on a purely fictional spontaneous uprising due to a YouTube.

Hillary Clinton was a dishonest First Lady, a middling senator, and a failed Secretary of State. That is hardly the resume of a commander-in-chief. [tweetable]Hillary Clinton’s record should dismay Americans of all faiths, or no faith at all.[/tweetable]

For Christians, however, there is also the problem of her ideology. She supports abortion-on-demand, including even late-term, partial-birth abortions. She supported the Obama Administration’s efforts to force Christian employers to provide employees with abortifacients. And now she’s opposing religious freedom laws remarkably similar to the Religious Freedom Restoration Act (RFRA) her own husband signed into law.

David French is an attorney, writer, Iraq War veteran, and a contributor to National Review. He is the co-author, most recently, of the #1 New York Times bestseller, “Rise of ISIS: A Threat We Can’t Ignore.“