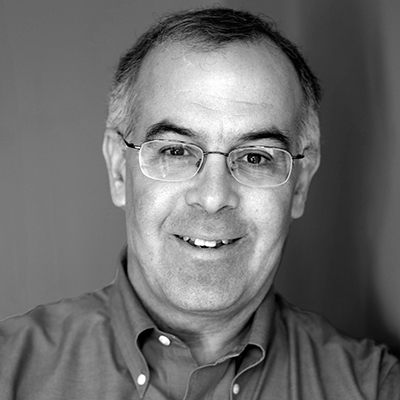 David Brooks is a "New York Times" columnist and author of "The Road to Character" - Credit: David Burnett

Few public intellectuals have the power to provoke conversation like David Brooks. His columns for The New York Times are flush with depth and provide fodder both for weekend brunchers and commentators who comment on commentary. His regular appearances on “Meet The Press,” “News Hour” and elsewhere often stir up political junkies and bloggers. Brooks is “liberals’ favorite conservative,” which means almost everyone has opinions about his opinions.

It should be no surprise then that a measure of natter followed the release of Brooks’ newest book, The Road to Character, in which Brooks traces human virtue throughout the centuries and then profiles a handful of “heroes of renunciation” he believes serve as models of character. The book has sparked conversation about Brooks’ views on morality, theology, and his personal faith commitments. Brooks is ready to share his thinking on such matters, but not completely.

In our conversation, as in his book, Brooks sticks to his strong suit: social and moral analysis. He argues that America has shifted from a posture of humility to a culture of “big me,” and he presents data that indicates young people today often fail to comprehend the moral component of problems. Brooks traces this troubling slip back to the mid-20th century when moral and religious words slipped out of common usage.

“If you don’t have those words—whether you’re religious or not religious—it’s hard to have a conversation about morality because you don’t know what virtue is or what character means,” he told me.

Brooks is particularly troubled by the decline of the word “sin.”

When asked how he defines sin, Brooks borrows St. Augustine’s definition of “disordered love.” (He calls Augustine "pretty much the most brilliant thinker I’ve ever come across.")

But while Americans have increased in narcissism and grown less comfortable with moral language, Brooks says it does not follow that America is in “moral decline” or, as Robert Bork once stated, “slouching toward Gomorrah.” While our culture is less humble, he notes that we’re also less racist and less sexist. Domestic violence, teen pregnancy, abortion rates and crime are down too.

“If you look at how people behave, there’s a lot of data that suggests we’re not in moral decline,” Brooks says. “Cultures in some eras have one set of problems, and in another era, they have a different set of problems.”

All the talk of morality leads us to the topic of Brooks’ personal faith. Known for being an observant Jew, some have wondered that he may be considering converting to Christianity. When he recently asserted "I'm a believer," it wasn't clear what he meant. But many of his public comments of late have fueled speculation. Brooks claims to have written this book “to save my soul,” and he told NPR that reading books by authors such as Christian convert C.S. Lewis has “produced a lot of religious upsurge in my heart.”

At a meeting of The Gathering where Brooks revealed he had joined a Bible study, he exclaimed, “There’s something just awesome about seeing somebody stand up and imitate and live the non-negotiable truth of Jesus Christ.”

While it’s obvious to many of his readers that Brooks is in an intense period of religious reflection, he seems to be very much undecided about where that journey will conclude.

“I’ve read so much theology in the course of writing this book and my personal life in the last five years that my views have deepened but everything is sort of in flux,” Brooks said. “The shoots are too green, the grass is too fragile. I have a lot of questions, but I haven’t settled.”

Wherever he is on his religious journey, it’s clear he is not languid or inert. And he is certainly engaging with Christian thought. A voracious reader, Brooks says he takes the advice he often gives others: to be reading at least one spiritual book at all times. What’s on his nightstand right now? In addition to Kenan Malik’s “The Quest for a Moral Compass: A Global History of Ethics,” Brooks is reading “Dante Can Save Your Life” by Rod Dreher, an Eastern Orthodox Christian reflecting on a Catholic poet. He has also called “My Bright Abyss” by Yale Divinity School professor and poet Christian Wiman “the best modern book on belief.” In our conversation, he quotes the Christian mystic Thomas Merton and reflects on the life of Dorothy Day, co-founder of the Catholic Worker Movement, a figure he lauds in his book.

But Brooks is not comfortable in talking too much about these matters. As a strong proponent of privacy and reticence, he notes that certain matters of one’s personal life are delicate and shouldn’t be turned into talking points for a book tour.

“I open myself up for some personal revelation in this book but try not to go into many personal details because I believe our private lives are fragile,” he says.

One thing is for certain: If Brooks ever decides to speak more clearly about such matters, his many readers and followers won’t be able to resist discussing it.